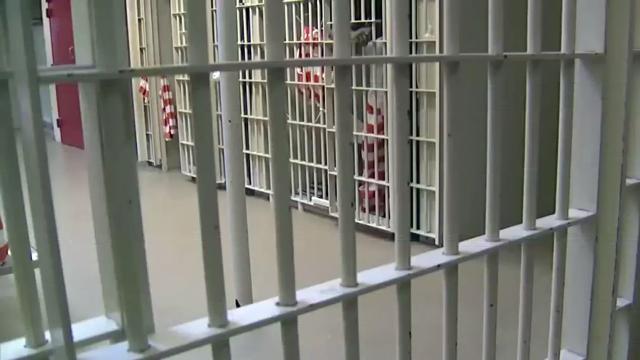 Raleigh, N.C. — The state prison system shut down three prison facilities over the last 11 days to reshuffle staff and address an upswing in COVID-19 cases, in part by creating a medical surge unit.

All three closures are temporary, Commissioner of Prisons Todd Ishee said Monday, though he also said the possibility of state budget cuts over the next year make that hard to guarantee.

The system suspended operations altogether at Randolph Correctional Center. It closed minimum-security units at Southern Correctional in Montgomery County and Piedmont Correctional in Rowan County, though other units there remain open.

Southern Correctional has turned some of its regular beds into hospital beds so it can serve as a medical surge unit, Ishee said. Much of the staff from Randolph was diverted to Greensboro so they can monitor inmates admitted to a hospital there, he said.

Prisons spokesman John Bull said only 10 inmates, out of some 30,000 in the system, were hospitalized for COVID-19 as of Monday morning. But other inmates are in and out of the hospital for other issues, he said, and the system hopes to minimize the prisoners it sends to regular hospitals now more taxed by the surge of coronavirus among the state's regular population, particularly in rural areas.

"It's a big picture with lots of moving parts to it, but prisons is working to better rely on its medical staff, as diminished as it is with long standing vacancies, so there are fewer offenders who need to go to outside facilities," Bull said.

"We need extra staff and extra medical staff," he said. "The nursing shortage is serious. ... We need to use them where their professional capabilities are maximized."

The closures were first reported by WBTV in Charlotte. Ishee included them in a longer presentation Monday morning to lawmakers on a legislative oversight committee, and Bull said in a press release last week that more consolidations may be needed "as COVID-19 cases in North Carolina population continue to move in the wrong direction."

The state's prison system is under a court order when it comes to pendemic precautions, and Wake County Superior Court Judge Vince Rozier plans a status hearing in that case Friday morning.

Ishee updated lawmakers Monday on a number of pandemic issues in the state prison system, and the committee also heard unrelated proposals it will mull as the legislature comes back into session next year, including one to increase pay for correctional officers to address a long-standing staff shortage.

Ishee told legislators that the system is ready for COVID-19 vaccine shipments. He said the system hasn't been told just when to expect them but to be ready in December.

Per the state's vaccination rollout plan, prisons – and especially staff and older and sicker prisoners – will be one of the top priorities when vaccines are available, along with nursing homes, other congregate living settings and people at high risk for a severe case of COVID-19.

Ishee told lawmakers that prison workers are tested for the virus every 14 days now at high-risk locations, and that 5 percent of staff and inmates systemwide are tested monthly at random. The system had 318 staffers out of work because of COVID-19 positives or exposure protocols as of Nov. 24, according to Ishee's presentation.

Ishee also said the state purchased 3,035 iWave air purifiers for all of its prison facilities and that a number of hospitals use the technology. He told lawmakers to expect a supplemental budget request from the system when the full General Assembly gathers in January.

“We’ve been spending a lot of money," he said.