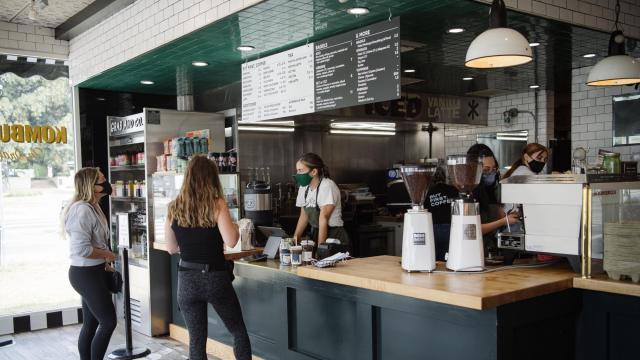 Reversing a decision made just two months ago, the Centers for Disease Control and Prevention is expected to recommend on Tuesday that people vaccinated for the coronavirus resume wearing masks indoors in certain parts of the country.

The change follows reports of rising breakthrough infections with the more contagious delta variant in people who were fully immunized, and case surges in regions with low vaccination rates.

Agency officials were persuaded in part by new scientific evidence showing that even vaccinated people may become infected and may carry the variant in great amounts, according to three federal officials with knowledge of the discussions. Some experts worry they may be able to transmit the virus as well. The vaccines remain effective, though, against the worst outcomes of infection with any form of the virus, including those involving the Delta variant.

But the new guidance, the details of which are expected later Tuesday, will mark a sharp turnabout from the agency’s position since May that vaccinated people do not need to wear masks in most indoor spaces. As recently as last week, an agency spokesman said that the CDC had no plans to change its guidance, unless there were a significant change in the science.

“I think that’s great,” said Dr. Celine Gounder, an infectious disease specialist at Bellevue Hospital Center in New York. Based on what scientists are learning about the Delta variant’s ability to cause breakthrough infections, “this is a move in the right direction,” she said.

Jen Psaki, the White House press secretary, said at a news conference on Tuesday that changing the guidance was crucial to “battling an ever evolving virus” and that the CDC was right to do it. The agency was expected to hold a news briefing at 3 p.m. Eastern.

“Their job is to look at evolving information, evolving data, an evolving historic pandemic, and provide guidance to the American public,” Psaki said. “That’s exactly what they will do, and what they will provide specific details on later this afternoon.”

The CDC’s initial guidance in May said people fully protected from the coronavirus could go mask-free indoors in most scenarios, but recommended that unvaccinated people still wear masks. Those recommendations drew sharp criticism from some experts, who said it was premature given the vast swaths of unvaccinated people in the country.

A day after the announcement, the agency released results from a large study showing that the mRNA vaccines made by Pfizer-BioNTech and Moderna were 94% effective in preventing symptomatic illness in those who got two doses, and 82% effective in those who had received one dose.

But those data, and the CDC’s decision, were based on infections of previous versions of the virus before the delta variant began sweeping through the country.

Reports of clusters of infections among fully immunized people have suggested that the variant may be able to break through the vaccine barrier more often than previous iterations of the virus.

On Sunday, Dr. Anthony Fauci, President Joe Biden’s chief medical adviser, warned in an interview on the CNN program “State of the Union” that the pandemic was “going in the wrong direction” because too many Americans were not getting vaccinated. Slightly less than half of the population had been fully vaccinated, as of Monday, according to federal data.

Fauci said that mask use by vaccinated people was “under active consideration” by federal health authorities, adding that it was prudent for vaccinated people to wear masks indoors in areas with “a lot of dynamics of infection.”

Asked on Tuesday why the American public should trust health officials who updated their guidance within a matter of months, Psaki said, “because our goal is to save their lives.” This article originally appeared in The New York Times.