Students who recovered from COVID-19 share their stories, worry about next semester 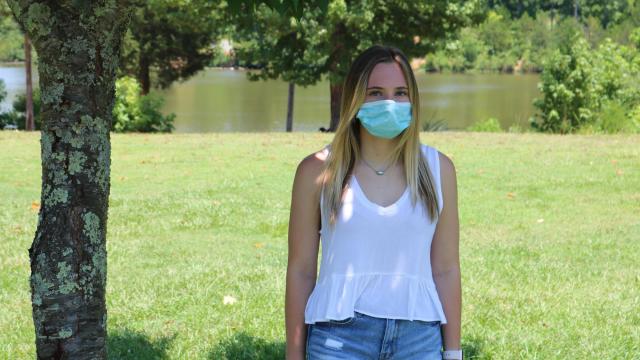 Raleigh, N.C. — COVID-19 has killed and debilitated many older adults in North Carolina, but young people, while less likely to die from the disease, haven’t gone unaffected. In early July, cases among people ages 18-49 began to spike, accounting for the largest growth in COVID-19 cases in the state.

Of the more than 112,00 positive COVID-19 cases in the state, people ages 18-24 make up 14% but account for only 2 deaths from the virus, according to the North Carolina Department of Health and Human Services.

Ashley Duncan, a Charlotte resident and incoming junior at the University of South Carolina, contracted the virus in March, a couple of weeks before Governor Roy Cooper announced a statewide stay-at-home-order.

Duncan was about to come home from a spring break trip in Barcelona when she first noticed she had a sore throat. Then came the fatigue. And finally, the loss of taste and a brain fog.

She couldn’t get proof at the time because there was no testing available, but her friends who went on the trip from other states came up positive for COVID-19.

She didn’t have to go to the hospital, and the disease lasted less than a week, but she spread the virus to her dad. Duncan said she wasn’t scared that the virus would drastically affect her.

“At the time, we only had the point of view that it affected older people,” Duncan said. “There had been no reports of younger people really being affected, other than just like a cold, so I wasn't worried at the time.” 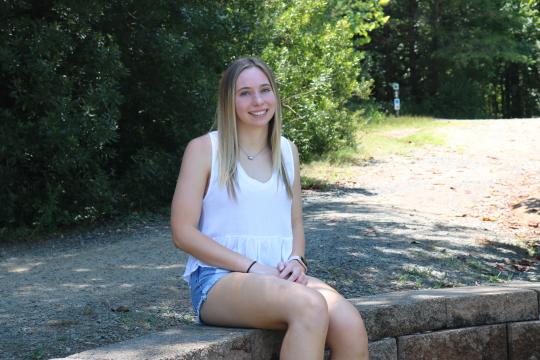 Months later, Duncan said she occasionally feels shortness of breath, which may or may not be attributed to the virus, but besides that she feels no lingering symptoms. In fact, there’s a bittersweet upside to having already contracted the virus, she said.

“It actually kind of makes me feel better now knowing that I've already gone through it and I've gotten over it pretty easily,” she said.

Some young people have not been doing the same, and Duncan said they’re a big part of why the U.S. and North Carolina continue to see high case counts.

“Even if it doesn't affect you, it still affects other people, and you need to be cognizant of that, and just respectful,” she said.

Even today, Duncan thinks about how she could have spread the virus to other people besides her dad.

“I think about when I was in the airport,” she said. “Who could I have infected, you know, how are they doing now, are they OK?”

When Ian Chalmers contracted COVID-19, North Carolina was a week into Phase 2 of the state's plan to reopen the state. At the time, that plan allowed for gatherings of 10 or less people indoors.

The 17-year-old, then a junior at Heritage High School in Wake Forest, was looking forward to meeting up with friends he hadn’t seen during the stay-at-home order, when his mom — who works as a nurse — tested positive for the virus.

“My first thought was, damn, I really cannot go out anymore,” Chalmers said.

His mom got the virus working a shift in the COVID-19 ward one night and spread it to his entire family, including his 8-year-old sister.

He was aware of the country’s rising death toll, and contracting the virus caught him off guard.

“It's kind of hard, it's kind of shocking to hear the fact that you have a virus that's killed a lot of people,” he said.

The worst symptom he ended up experiencing was a loss of taste, while his 46-year-old mother lost her sense of smell for a week. Overall, he said his family appears to have fully recovered from the disease.

For three weeks Chalmers quarantined, binge watching the sitcoms “How I Met Your Mother” and “Community,” as well as learning how to cook Mexican and Indian dishes.

Though he kept himself busy, Chalmers said it was tough not being able to see his friends during his last summer as a high school student.

Though he doesn’t believe he will catch the virus again, Chalmers said he still plans to start his senior year with a semester of online classes through the Wake County Public School Virtual Academy.

Incoming UNC-Chapel Hill junior Valerie Nguyen thought catching COVID-19 would prevent her from getting all A’s and being recognized as one of UNC’s top scholars.

“I think I'm a pretty good student,” she said. “I make Dean's list every semester, and I still did, but it was a lot on me because you know, at home, my parents are mid-divorce, and I was dealing with this and we were all trapped in the same house.”

It was finals season at UNC and Nguyen was worried her professors would not be accommodating while she fought the virus from her home in Somerville, Va. She had to find a way to reach the dean of students and ask for help, even though she didn’t know how to.

“Thankfully, I was in smaller honors classes where the professors knew me and could connect me,” she said. “I can't imagine what it would be like if I was in a big lecture class with one professor who would not be responsive to email.”

Besides the stress of classes, Nguyen was dealing with loss of smell, fatigue and nasal headaches, as well as mental stress because of her parents’ marriage problems.

She said she was frustrated with the whole situation because she had taken quarantine seriously and never left her house. Her dad brought the virus home and infected her mom and her after a shift at the retirement home where he works.

But quarantine also gave her more time for self-reflection, she said. At UNC, Nguyen said she had been entangled in the university’s fast-paced, competitive culture, but being isolated for weeks allowed her to reevaluate her priorities.

“You realize that life is so short, so why am I doing things that I don't completely enjoy when I could be using that time to do other things like reading or like really delving into my homework more,” she said. “When instead I'm just doing things that don't fully make me happy.”

Most of Nguyen’s classes this fall are online, she said, but because of the environment in her house, she would rather move back to Chapel Hill, where she at least has the support of her friends.

“By some miracle I pulled through, but I don't know if I can always pull through, especially with harder classes my junior year,” she said.

Though she feels that she must move back to Chapel Hill, Nguyen said, she believes she will be at much higher risk because college students are more likely to engage in unsafe habits.

Does she think UNC students will social distance and take proper precautions at school?

“Absolutely not,” she said.

The NC News Intern Corps is a program of the NC Local News Workshop, funded by the North Carolina Local News Lab Fund and housed at Elon University’s School of Communications.