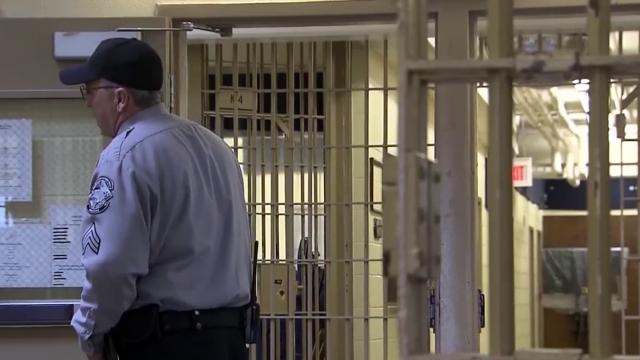 Raleigh, N.C. — The state employees association has asked Gov. Roy Cooper and state legislative leaders to pay state workers at prisons and in other essential jobs hazard pay because of the coronavirus.

The State Employees Association of North Carolina said employees "in essential jobs where social distancing is impossible or impractical" should get time-and-a-half throughout the state of emergency called over COVID-19.

The letter, from SEANC Executive Director Ardis Watkins, went out Saturday to Cooper as well as to House Speaker Tim Moore and Senate President Pro Tem Phil Berger, the association said. SEANC posted it to its website Tuesday.

The letter asked Cooper to use his authority to implement the increase for, "at a minimum, workers within the walls of our state prisons, workers at state mental health and drug treatment facilities, parole and probation officers, the State Highway Patrol and workers in the unemployment section of the Employment Security Commission."

Many of employees in the unemployment section are in call centers processing some 20,000 unemployment claims a day.

The letter asks Moore and Berger, heads of the Republican majorities in both chambers of the General Assembly, to pass a clean budget bill covering these costs when the legislature returns to session. The letter also asks that workers in essential jobs be given special sick leave, if they contract COVID-19, that won't count against their normal leave.

Employees who can work from home should be allowed to, the letter states. Cooper has said repeatedly that he's told state department heads to implement this sort of policy, but Watkins said in her letter that "we continue to hear reports from our members that departments and supervisors are prohibiting state workers from working from home."

It wasn't immediately clear how much the pay boost would cost. Departments have only just begun reporting back to the legislature their expected budget impacts, including emergency purchases of laptop computers to help people work from home and expected revenue hits from soon-to-dwindle tax collections.

The state Department of Transportation said Tuesday that ongoing projects continue, but it's considering suspending new projects and cutting consultants.

The state has significant budget reserves to draw from at the moment, thanks in part to last year's budget impasse, which froze some spending. But a preliminary estimate points to a 5 to 10 percent revenue hit going forward, and State Budget Director Charlie Perusse said Tuesday that, if North Carolina's not in a recession now, it will be soon.

There is, however, federal money coming in to bolster state and local government budgets.

"Your approach represents the best of North Carolina state government, and it is what the citizens of our state expect from our leaders in times of crisis," Watkins wrote.