Raeford, N.C. — That sound. That sweet summer serenade that gets kids sugar rushing to the curb.

He'd pump up the volume in his neighborhood outside Raeford. 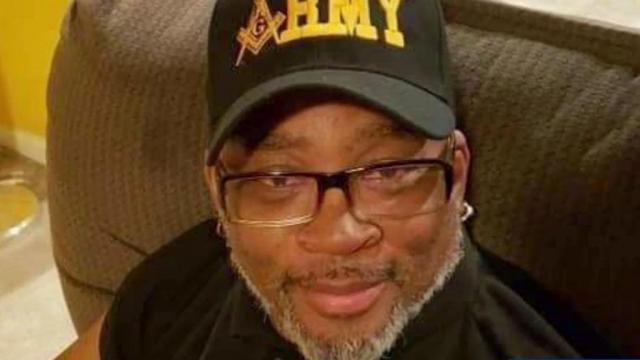 "And we knew it was him coming, and kids would just, like, go out there, run out there and sometimes he'd give them free ice cream," said Obediah Anderson, who has four kids.

Daddy D was a kind of father figure in the neighborhood.

"I never thought somebody that close to me here in my neighborhood would die from something I can't even explain," sobbed Anderson.

The "D" in Daddy D was for Dwight.

56 years old and an Army veteran, Dwight Bell was the father of six kids.

Tasha Bell, his wife, said her husband had blood work done at Veterans Affairs last week, and then began to feel as if he had a bad cold.

"By Sunday, he said I'm really not feeling good. We need to go to the VA to get tested," said Tasha Bell.

His wife had just gotten the news when she went into his bedroom to take his temperature. He was blue.

"I was on the phone with his mother at the time, and I could just hear her screaming. And i was panicking. And i was screaming myself," said Tasha Bell.

Tasha Bell added, "I couldn't save him. And it happened just that fast. And just the week before, he was all cheery and chippery like he normally is."

That is how Daddy D is remembered.

Reporter's note: "And I remember -- I remember meeting Daddy D on New Year's Day in 2009 when somebody in Spring Lake said his joyful noise was disturbing the peace."

Here's the WRAL News story from 2009: Police gave him a 50-dollar ticket for playing his ice cream music too loud.

But no ticket could silence a songful man. Something invisible could.