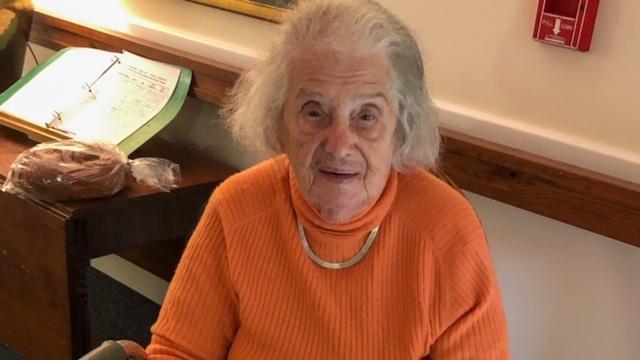 Voting is REALLY important to my mother. She is not religiously observant, but Election Day was about as sacred an occasion as any around our household. That is because she believes in the promise of America for everyone.

That devotion can be traced, at least back to 1944 when she graduated from college in Connecticut and headed to Washington, D.C. to join the nation’s war effort, working for a federal office that later evolved into the National Security Agency.

She was taught a foreign language and worked translating news dispatches, cables and who knows what else. Her pals and co-workers were the code breakers whose unheralded efforts helped subvert the Nazi’s efforts and provide critical information about the enemy to those fighting in Europe.

And she voted – for the first time in a presidential campaign with incumbent Franklin Roosevelt seeking his fourth term against challenger Thomas Dewey.

There hasn’t been an election since – local, state or national; bond issue or referendum – that she’s missed. On Thursday, Sept. 17, she voted in her 19th presidential election. This time it was a bit different.

For every previous election, my mother went to the polling place on Election Day. Often, she was among the volunteers assisting at the polling place, helping count ballots or working with a campaign or political party as a poll greeter or watcher.

This year, for the first time, she voted early, via a mail-in absentee ballot. These days she lives in the assisted living area of her retirement community. She gets around plenty, but now with the help of a walker. Getting to a polling place, particularly with the added issues of the current COVID-19 pandemic, would have been challenging, to say the least.

But voting early by mail was flawless -- from requesting the ballot from the Orange County Board of Elections in Hillsborough, N.C. -- to getting the completed ballot and signed envelope back to the board three weeks later.

Using the clear advice and following the simple instructions on the North Carolina Board of Elections website, the application for a ballot was completed and e-mailed to the county elections board. We called a couple of days later, confirming receipt of the application. On Friday, Sept. 4, the ballot was in the mail and received the following Tuesday.

Given the important health and safety protocols in place where my mother lives, arrangements needed to be made well in advance for completing the ballot with the required witnessing. Through a large window on the patio of the lobby, I watched in a safe, social-distanced way, as she marked the ballot. “Your witness should observe that you mark the ballot, not how you vote,” admonish the official absentee voting instructions.

We strictly observed those instructions. I could see the top of my mother’s ballpoint pen wiggle back-and-forth as the appropriate circles beside the candidates of choice were filled.

Anyone who needs to ask how my mother voted, doesn’t know her.

She placed her ballot inside the required envelope, signed it and then transferred it to me through a slot in the door, commanding that I immediately take it the Post Office to get it on the way.

The “BallotTrax” app was already engaged to monitor the progress of my mother’s vote.

I signed the envelope as the witness. As the dutiful son, I took the ballot right down to the Post Office where a clerk affixed the appropriate postage and assured me it was on the way.

In another 24 hours the most important update arrived. “This is a message from Orange County Board of Elections. Your ballot for the 2020 General Election was accepted. Thank you for voting!”

Listen to mom – make sure you vote.