Raleigh, N.C. — A team of local researchers and epidemiologists say North Carolina must lift restrictions slowly to make sure hospitals are not overwhelmed with COVID-19 patients.

The team, which is working to provide data to Gov. Roy Cooper and other state officials, also says there needs to be ample observation time after each decision to examine the impact.

“We believe 'flipping the switch' to fully re-open at the end of the month may impede our healthcare system's ability to effectively treat COVID-19 patients and others,” the report said. 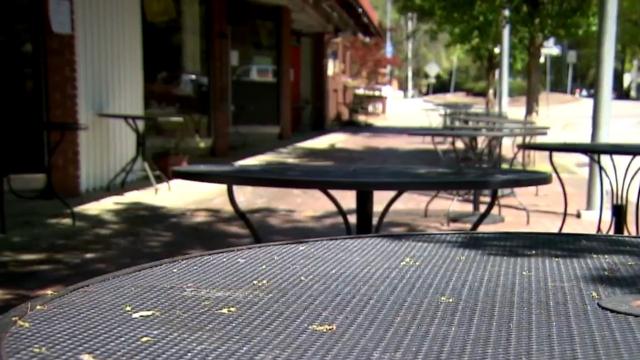 At the current 20 percent weekly growth rate in hospitalizations, models show it would take four months for hospitals to reach capacity. As of Friday, more than 6,100 people tested positive for COVID-19 in North Carolina.

The report, based on new models, estimates 7,300 people will be infected by April 23. They warn the number could could soar above 9,800 cases.

“Like compound interest, the virus itself spreads very quickly and can take what looks like a sustainable and manageable hospital census and get into trouble pretty quickly, particularly parts of the state that are hotspots,” said Dr. Aaron McKethan, senior policy fellow at the Margolis Center for Health Policy at Duke University.

Following guidelines from the White House, Gov. Cooper said Friday the state needs to increase testing and contact tracing and prove that more severely sick patients are leaving the hospital before easing restrictions. Cooper has announced a new group that will work to come up with a strategy for widespread testing.

“We don’t actually know how many people have it,” McKethan said.

McKethan says the team will be performing new models with updated data in the next week.

“My guess is that things are looking a little better,” McKethan said. “I think the conclusion that we have to take a gradual approach to reopening is likely still going to be the case.”

The report recognizes that a prolonged stay-at-home order that keeps people out of work and school will have significant economic and social impacts.

“This is going to be a long slog and it won’t be over tomorrow,” McKethan said. “We’ll be thinking about COVID-19, unfortunately, for years to come, but hopefully it won’t be in the same posture of stay home statewide.”

McKethan says after each decision to lift restrictions we will see more infections, hospitalizations and deaths.

“As we see things flare up, we are going to need ways of containing it and sort of establishing a new normal around that," McKethan said.