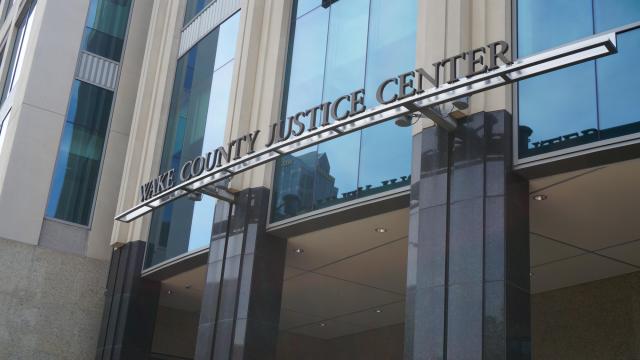 Raleigh, N.C. — On a day when North Carolina once again topped 2,000 new coronavirus infections, – the 2,039 cases reported Thursday are the second-highest daily total during the pandemic – Wake and Durham counties reported positive tests among people who work in their courthouses.

Although no trials have been held since March because of the pandemic and many hearings are conducted over videoconference, some courthouse functions have continued. According to a memo dated Monday, a court employee in Wake County and two people who work at agencies in the Justice Center in downtown Raleigh have tested positive.

All of the areas where the three people work were to be sanitized, and anyone who was in those areas was asked to monitor their health for symptoms of COVID-19. Wake County health officials were tracing the close contacts of the three workers, and the memo states that anyone contacted by the health department not enter the courthouse until they are cleared to do so.

In Durham, a memo dated Wednesday said a court employee who was last in the courthouse on Monday had tested positive. As in Wake County, areas that person worked are being sanitized, people were asked to monitor their health, and anyone with COVID-19 symptoms was asked to stay away from the courthouse.

The state also set a record for people hospitalized with COVID-19 at 1,034, marking the first time more than 1,000 people are in hospitals across the state with the illness.