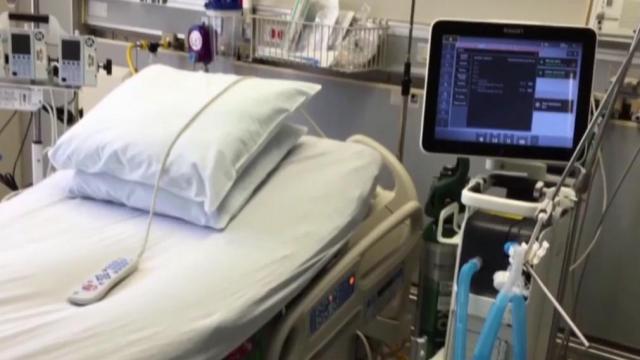 CNN — New Covid-19 cases in the United States have been trending down since hitting a peak last week, but experts say it's too soon to be overly optimistic.

The US recorded 1.5 million new Covid-19 cases in the past seven days, according to the most recent data from Johns Hopkins University -- an 11% drop from the previous week. Cases declined in 35 states week-over-week, and 18 states saw a drop in the number of deaths.

"The virus has established itself in the human population and it's not going anywhere," Adalja said. "We're going to see a lot of transmission until we cross the threshold for herd immunity."

With a longer range view, last week's apparent improvement falls much closer to average. Over the past month, the number of new Covid-19 cases recorded each day has ranged from nearly 101,000 to more than 302,000; over the past seven days, new cases averaged about 218,000 daily.

These broader trends could indicate that the US is beginning to flatten the curve, said Dr. Edison Liu of The Jackson Laboratory, a nonprofit research institution.

Flattening the curve is not the endpoint, but it is a positive step in the right direction, Liu told CNN.

"Flattening the curve means we've stopped the exponential rise of infection; that whatever intervention we have worked," he said. "But that's only the first step. What we're really looking for is a consistent downward trend."

It's still too early in the vaccine rollout to consider the vaccines a factor contributing to the decline in cases. "There has not been enough vaccination to see a full effect nationally," Adalja told CNN.

"It's a race against time to reimpose protective behaviors and equip ourselves against the spread of virus," Liu said. "If we allow it to spread, you will see an increase, definitely, in the number of cases."

Despite what the data may be say, experts agree that continued vigilance is key.

"I wouldn't let our guard down," Adalja said. "Biologically speaking, nothing is changing."