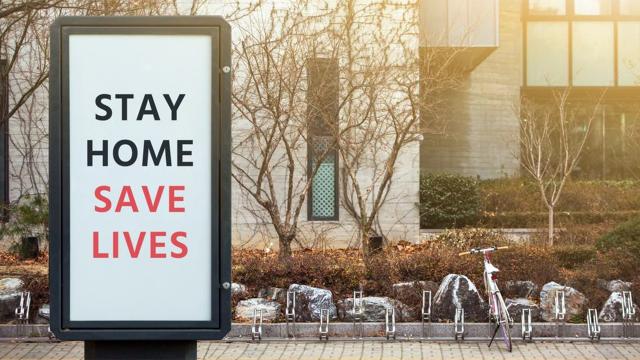 Raleigh, N.C. — Law enforcement agencies throughout Wake County have received hundreds of complaints since county commissioners implemented a stay-at-home order two weeks ago to curb the spread of the coronavirus.

Area police departments and the Wake County Sheriff's Office say they have chosen to educate and warn people and businesses about the restrictions under the orders before issuing citations.

On March 24, Rolesville police issued two citations to employees at Main Street Tavern after warnings to shut down were ignored.

"During the investigation of this complaint, it was learned that the [Main Street Tavern] continued to operate its business, even after being warned by the Rolesville Police Department," said Chief Orlando Soto.

On Thursday, Fuquay-Varina police announced they will begin issuing citations for repeat offenders of the stay-at-home order. Records show officers in Fuquay-Varina have received 75 complaints.

"The orders prohibit numbers of people of any size from congregating together, outside of a single household or residential unit," the department wrote on Facebook. "Hosting block parties, congregating in neighborhoods, congregating in private parking lots, trespassing at closed facilities, trespassing at specified closed park areas, gatherings in streets and neighborhoods and leaving homes for non-essential reasons is in violation of the Stay at Home Orders."

The Raleigh Police Department has received 139 calls since March 19.

“The RPD has not had to issue any citations or warnings,” department spokeswoman Donna-maria Harris said in a statement. "People have been very responsive to our educational approach and complied immediately."

Cary police have received 164 compliance calls since March 28, the most of any jurisdiction in the county.

A Cary spokesperson said officers responded to at least 35 businesses, and all of them were either exempt from the order or complied with warnings to close.

Garner police say seven complaints have been made about people gathering in large groups, and nine complaints were about businesses staying open. Among other businesses, officers got called to a Game Stop store and three tobacco shops – all of the businesses were ruled exempt by the county’s order.

The Wake County Sheriff's Office has received only eight complaints, while Morrisville police got 42 and Wake Forest 27.

Apex, Holly Springs and Wendell police did not release a specific number of calls, but they say complaints have been minimal.

Clayton, Knightdale and Zebulon police haven't yet responded with the number of calls they have received regarding stay-at-home order complaints.

Cooper has said he is evaluating a possible extension based on models from a new study that show the number of infected people in North Carolina could triple from 250,000 to 750,000 if the current social distancing requirements are not kept in place.