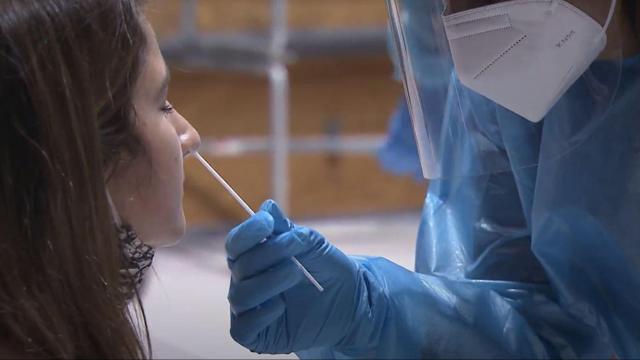 North Carolina schools have $316 million in federal funding to spend by June to conduct preventative COVID-19 testing this school year, but many schools’ testing programs are just getting started.

The funding comes from a $10 billion pool of money that Congress appropriated in January under the American Rescue Plan specifically for COVID-19 testing at schools. North Carolina’s share of the money for testing is so large that it’s comparable to the total federal COVID-19 relief funds allocated for schools in the new state budget for everything from tutoring to technology updates.

State health officials have touted the testing program as a powerful tool for reducing the spread of COVID-19 in schools. To entice schools to sign up for COVID-19 testing, the program offers school districts the promise of federal funding to hire more nursing staff, which for many schools was a longstanding need even before the pandemic.

At the beginning of November, the North Carolina Department of Health and Human Services reported less than half of the funds had been either spent or obligated to schools for reimbursements. The funds must be used by the end of June.

In some school districts, those promises have become a reality. In others, starting up testing sites and hiring more nurses is taking longer.

About 600 schools that registered for testing do not have programs operating, though many plan to start within weeks. Even with significant funding for nursing staff, schools face barriers to hiring health professionals during a labor shortage.

“The goal of this program is to make it really free, easy and convenient for parents to get their children tested by making it available in school,” said Susan Kansagra, the acting senior deputy director for the NC Division of Public Health.

Surveillance testing refers to proactive testing of asymptomatic individuals, in contrast to diagnostic testing in which a person receives a test for COVID-19 after showing symptoms or experiencing a possible exposure to someone who has tested positive.

Schools can use the funds to hire nursing staff for up to one year to help catch up on routine vision and hearing screenings that they may have skipped in 2020 when many students were learning virtually.

Kansagra said about 1,000 schools had testing programs in place earlier this month, either through a vendor service or by using testing kits from DHHS. The remaining 600 should begin by the end of November, she said.

DHHS Secretary Dr. Mandy Cohen said she recognizes that schools have undertaken the immense effort of reducing the spread of COVID-19.

“I would say our schools have done so much to protect our children and are really doing so many things across the board," she said at a Nov. 10 press conference. "We recognize that testing is yet another thing we're asking them to do in addition to lots of other safety protocols."

One of the barriers for schools is simply finding people to fill the roles, Cohen said. Even before the pandemic, North Carolina faced a shortage of qualified nurses, and burnout from the pandemic has exacerbated those shortages.

In anticipation of hiring difficulties, DHHS signed contracts in early August with two vendors, Mako Medical and Concentric by Ginkgo, which will help administer tests. These vendors send qualified personnel to schools around the state to take samples and bring them back to a lab. Still, Cohen said she wants all schools to be able to fill the nursing vacancies.

Racing against the calendar

Granville County schools are still working to get COVID-19 surveillance testing up and running.

The district’s testing program will begin Dec. 6, said Lauren Curtis, senior director of student services for Granville County Public Schools, who has been coordinating the initiation of the testing program.

For the first several months of the school year, the district has not offered COVID-19 surveillance testing of asymptomatic students.

“I don't think there's anyone to blame,” Curtis said of the slow start. “It's a big program to get launched.”

Curtis said one of the first steps was to educate the school board on the value of the testing and to put a proposal up for a vote to register for the program.

In September the Granville County school board approved a policy to require surveillance testing for unvaccinated student athletes and staff. Other students and employees can choose to opt in to regular COVID-19 testing, regardless of vaccination status.

Following that vote, schools needed to survey athletes and employees to determine who would be required to engage in testing. Then the district began an onboarding process with its assigned testing vendor, Mako Medical.

Curtis said hiring nurses has been the most daunting step.

The delay isn’t due to a lack of funding. Granville County Schools has been allotted about $700,000 to hire nurses.

“As a former school principal, somebody telling me I had $700,000 to spend on something blew my mind,” Curtis said.

The biggest obstacle is the lack of available workers.

NC schools have billions in COVID relief, most of it unspent

Granville County school leaders decided to contract with a hiring agency to help recruit nurses, but that will be an added expense that cuts into the funds available for paying the salaries of the new staff once they are hired.

Curtis said the district is looking to hire certified nursing assistants or licensed practical nurses for temporary positions to assist the district’s existing nursing staff rather than recruiting registered nurses.

“Ideally, we'd like to have one in every school,” Curtis said. That means attempting to hire 17 nurses at once to join the district’s current staff of five nurses.

The additional nurses can take the load off school office staff. The district has tasked them with running isolation rooms and assisting with contact tracing. Curtis said she hopes the nurses can resume routine vision and hearing screenings that the district had to scale back to an as-needed basis this year.

Still, if the district successfully hires all the nurses it’s seeking by January, they may only have jobs for one semester. Unless the CDC extends its deadline to spend the funds for the program, the funding will expire at the end of June 2022.

One of the two companies that won the testing contract is Raleigh-based Mako Medical. Mako works with couriers who drive samples from schools to laboratories, which test them for the presence of the coronavirus. Mako scientists then input the information into a portal, allowing school administration to see the results quickly.

Mako is currently working with about three-dozen school districts, totaling about 960 schools. Mako offers rapid antigen tests, with turnaround times of 15 minutes to 20 minutes, and PCR tests, with turnaround times of about 20 hours. CEO Josh Arant said the company has about 70 full-time employees dedicated to the North Carolina K-12 program, and he hasn't had the same hiring difficulties that some others have reported. The company’s 70,000 square-foot laboratory has the capacity for some 150,000 individual PCR tests per day. 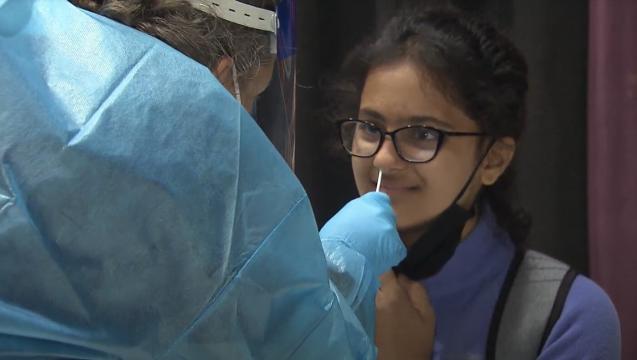 One factor in not seeing faster starts to testing programs statewide is that local districts all implement the programs individually. Some schools or districts want to have regular testing. Others want testing only with suspected cases, or pegged to larger gatherings like sporting events. So individual school boards, which in some cases have taken input from county commissions, make the decision to implement a testing program, then make decisions about how that program will work.

"Once the local school district in that area agrees to do a testing program, then the onboarding happens actually really relatively quickly," Arant said. "It's all that front end work that has taken a lot of time. But we're here to support them. We're here to answer any single question that they possibly have."

Divya Vohra, an epidemiologist who works as a senior researcher at the New Jersey-based Mathematica company, has studied testing programs across the country.

As important of a tool as testing can be, Vohra said, its voluntary nature meant it faced some roadblocks.

“We learned from schools that it is really difficult to implement, and that without support, and guidance and kind of coordination happening from education and public health authorities at the state and the national level, it's just very, very difficult for schools to do on their own,” Vohra said.

Having enough tests and hiring enough people to do the testing is tough, she said. Schools have also struggled to get people to volunteer.

“The percentage of people who opt in and who participate in routine testing really does influence the value of the program,” Vohra said. But, even when considering different types of tests and testing frequency, surveillance testing for small groups of people still holds value, she said.

Of the tens of thousands of tests Cumberland County schools administered between late September and mid-November, 16 tests have returned positive results..

When asked to gauge the impact on preventing cases or reducing quarantines, Cumberland County schools director of health services Shirley Bolden says it remains too early to tell.

But catching those 16 cases in Cumberland, she says, is “a win.”

“Because that’s 16 people who were at school, who did not know that they were COVID-19 positive,” Bolden said.

The testing gives people an opportunity to know if they’ve been infected, even if they aren’t showing symptoms yet or have mistaken their symptoms for something else, Bolden said.

“That’s less people in the building who are spreading the virus,” she said.

After getting started this spring, the Catawba health department used the COVID-19 testing funds to hire more than 40 temporary school health assistants, paid at least $15 per hour.

Testing will also be useful this winter, she said, for ruling out COVID-19 when a person has symptoms that also are present in the common cold and the flu.

This story was jointly reported and edited by Frank Taylor of Carolina Public Press; Sara Coello of The Charlotte Observer; Jordan Schrader of The News & Observer; Nick Ochsner and Corey Schmidt of WBTV; Michael Praats of WECT; Ali Ingersoll and Emily Walkenhorst of WRAL; and Jason deBruyn and Liz Schlemmer of WUNC.