NC needs more poll workers this year, but the pandemic has made them harder to find 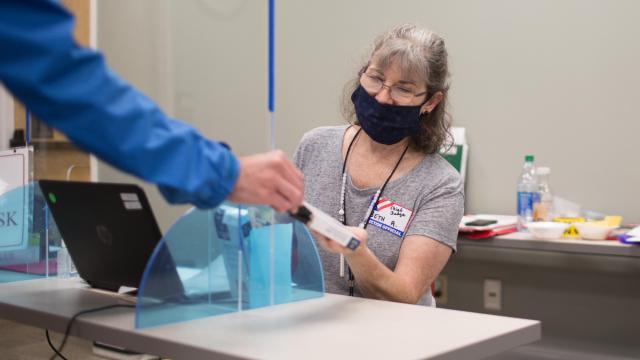 Raleigh, N.C. — The dynamics of the global pandemic are driving up the need for more poll workers while simultaneously making people willing to work the polls harder to find.

Many county elections directors started recruiting poll workers earlier than normal, are using new recruitment strategies, have increased pay and are partnering with the North Carolina State Board of Elections, political parties and voter rights groups to find people to work the election.

Officials anticipate a shortage of poll workers could cause longer lines, last-minute precinct closures and voter confusion. That was the case in Georgia and Wisconsin, where poll worker shortages during primaries caused precinct closures, hours-long lines and disenfranchised voters.

Directors of county boards of elections don't want that to happen in November. They want more workers to keep things running smoothly, even as voters will have to stand 6 feet apart, voting machines will have to be wiped down between each voter and more voters are likely to use the curbside voting option.

But this year, the pandemic will keep many of the state's poll workers in previous years home, as demonstrated by drops in poll worker availability in North Carolina's 11th Congressional District, which held a second primary in June.

The average age of North Carolina’s poll workers is “around 70” years old, according to a State Board of Elections memo. The older a person gets, the more vulnerable they are to serious illness or death due to COVID-19, the disease caused by the novel coronavirus that began spreading across the globe late last year.

“I think people may have great intentions about working, and then as we get closer, if COVID is still a big prominent thing, people are going to be scared to work,” said Sara Knotts, Brunswick County’s election director.

The success of poll worker recruitment efforts over the next month will largely determine whether North Carolina sees polling-place closures and long lines on voting days this fall.

“When we don't have enough workers, that's when we get lines,” Knotts said, “and so trying to prepare ahead of time for people dropping out is something that we're trying to do.”

County boards of election need registered voters to work the polls for the 17 days of early voting in October and on Election Day, Nov. 3.

Without poll workers, “everything else is pretty much meaningless because this is not an automated process,” said Robert Inman, Haywood County’s elections director.

“No matter what method you choose to vote, it still requires a great deal of people and their involvement. It's what makes our system work and function properly.”

County boards of election, the NCSBE and the General Assembly are working together to carry off one of the most difficult elections, administratively speaking, this state has ever seen. To do so, they need registered voters to sign up to work the polls by going on the NCSBE website or contacting their county board of elections. 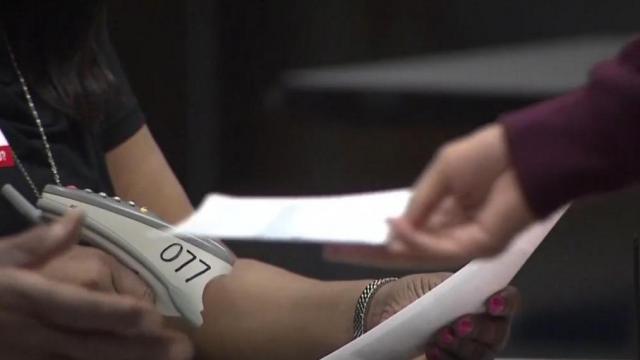 The pandemic is making a routine problem more severe. Finding and training poll workers is a key function of county boards of election.

“Recruitment for poll workers for us is not a pandemic-year special that we do,” said Gary Sims, Wake County’s election director. “It's a constant process.”

But this year, counties need more staff than they normally would. Counties are offering more hours for early voting, as required by an NCSBE emergency order. Election directors are seeking more back-up workers, expecting some to drop out at the last-minute, or to get sick. The pandemic has also added new social distancing and sanitation requirements.

This year, the state is “easily targeting 25,000 people to serve as poll workers on Election Day and in the early voting period,” said NCSBE Chair Damon Circosta in an interview with the N.C. Watchdog Reporting Network on July 11.

Though the state board has launched a media campaign to help find poll workers, the responsibility for recruitment lies at the county level, with each county needing to find workers from among their registered voters.

“It's a county-by-county situation, some feel that they're sitting very pretty, some are concerned,” Circosta said.

Counties are currently sending surveys out to their poll workers to see how many are willing to work this election, and therefore how many more people the counties will have to find and train to work during early voting and on Election Day.

Some of the results show concern among experienced poll workers.

Rural counties with smaller, older populations are likely to face more difficulty finding enough poll workers than populous, urban counties, according to some county election officials and experts. That’s backed up by data on the NCSBE’s recruitment efforts.

But some legal changes have given counties more flexibility on how they assign the election judges who are in charge of early voting sites and Election Day precincts.

“One of the good things that happened in this recent legislation that the General Assembly passed is you no longer have to be registered to vote in the precinct in which you serve — simply in the county,” Circosta said.

Before, two of three election judges could only work in the precinct where they were registered to vote. Now, under a law passed in June, that has been relaxed to one, while the other two judges can be registered anywhere in the county. This should reduce or eliminate poll closures due to a lack of staffing and help counties fill in positions where there are last-minute dropouts.But it is too early to know how dire the situation is.

“We will really know in probably mid-August, which is not very far away,” said Corinne Duncan, Buncombe County’s election director. “We've already placed our reliable people, so now it's going to be looking for the expansion people.”

Counties want younger poll workers for two reasons: They are less likely than older workers to have serious health consequences if they get COVID-19 and they are more tech-savvy. Unfamiliarity with computers is one of the main reasons older poll workers get slowed down during an election, several election directors said.

Poll workers have tended to be older people because that’s who is available, according to Rachael Cobb, a professor and chair of political science and legal studies at Suffolk University in Boston. Staffing elections are an odd endeavor, because you need people with extensive experience who only work a couple days a year, she said.

“Very sadly, we have a tremendous number of unemployed people at the moment,” Cobb said. “The people power, I think, does exist. It's just a matter of matching the people through the process and getting them there to do work that needs to be done.”

This year, people can work the polls without affecting their unemployment benefits, thanks to another bill passed by the North Carolina legislature this June.

Additionally, some counties have increased compensation for these workers. Knotts said Brunswick County plans to pay its Election Day workers $200, plus paid training. Base pay for poll workers is minimum wage, at $7.25 per hour. The NCSBE requested a legislative increase in poll worker pay that was not adopted in the recent legislation responding to COVID-19’s impact on the elections.

Poll workers will need to enforce social distancing for voters in line, hand out masks, clean voting booths and machines. They’ll also have to respond to what will likely be an increased demand for curbside voting for voters who cannot enter a polling place without physical assistance.

Some poll workers got a taste of the new demands of the job during the June 23 run-off in North Carolina’s 11th Congressional District and in a second primary in Columbus County.

Jackie Churchfield, who served as a chief judge in Whiteville for that second primary, said the additional rules certainly made things more complicated.

“It is a lot more difficult, and thankfully this [wasn’t] the major election, because there [weren’t] as many people,” she said that day.

The 61 counties that adopted early voting plans as of Wednesday have collectively increased early voting hours offered in 2020 over 2016 by 70%, according to an analysis by Bob Hall, the former director of voting rights group Democracy NC and a long-time election watcher. That’s an additional 21,800 hours of voting that need to be staffed across the state.

Poll workers drop out even in a normal year.

This year, the drop rate may be especially high, both in the number of people who say they want to be a poll worker but never show up for training and in people who drop out at the last minute, Cobb said.

Directors will accommodate people’s schedules to a degree, but if someone wants to work as a poll worker during early voting, they will need several days of availability.

Cobb anticipates that with a new batch of poll workers, the unfamiliarity with the system will result in a higher-than-normal rejection rate.

“I think that they're going to apply, get some information back and then realize that that's really not what they signed up for, and not what they want to do,” she said. 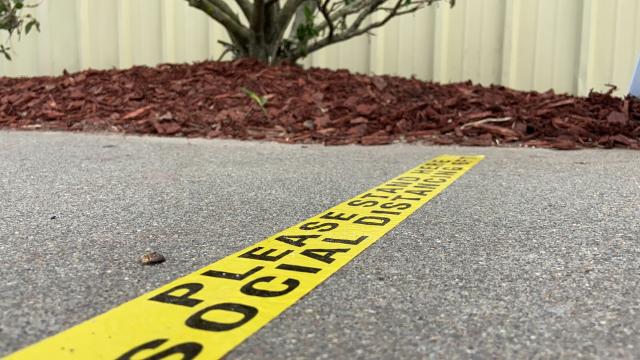 What happens if not enough poll workers are found?

The COVID-19 pandemic triggered a massive upswing in vote-by-mail options in primaries across the country. The general election this fall will be North Carolina’s first major election during COVID-19, and early indications are that there will be a surge in vote-by-mail here, too.

Just because voters are requesting by-mail ballots doesn’t mean they will actually use that option, though.

“There’s just so much in the air that we can’t guarantee anything and have to prepare for everything,” said Kellie Harris Hopkins, Beaufort County’s election director.

If counties are not able to find enough poll workers, the shortage will cause a cascade of effects.

Being short-staffed — even if there are enough people to open a polling site — creates long lines, according to Wake County poll worker Peggy Defenderfer. She is the chief judge and site supervisor for one of the largest precincts in the state and has been working this job for 16 years.

When there are not enough workers to staff a polling place, elections officials must shut it down and consolidate the precinct with neighboring sites.

This could create confusion among voters on where they should vote and among poll workers over who is eligible to vote at their site, and concentrate more voters at fewer locations.

Combined, these factors can disenfranchise voters. A voter at the wrong precinct can cast a provisional ballot; some of their votes may count, but likely not all, if there are some down-ballot races they do not qualify to vote for.

Bobby Jones, a chief judge in Wayne County who has been working the polls for 20 years, fears voter disenfranchisement more than he fears COVID-19. That is what is motivating him to show up for work again this year.

To Defenderfer, her more than a decade of poll work amounts to a “civic duty.”

“I started because I think it's important that everybody give back,” Defenderfer said. “Give back in your way, but you have to give back. And I've just been passionate about the democratic process and people getting a chance to vote.”

This story was jointly reported and edited by Jordan Wilkie and Frank Taylor, of Carolina Public Press; Ames Alexander, of The Charlotte Observer; Lucille Sherman and Jordan Schrader, of The News & Observer; Nick Ochsner, of WBTV; Emily Featherston, of WECT; Tyler Dukes, of WRAL; and Jason deBruyn, of WUNC.

Clarification: This story was updated to clarify changes to rules governing where poll workers can work within a county, which are different for judges and assistants.