NC lawmaker with COVID recovers; no other legislative cases known 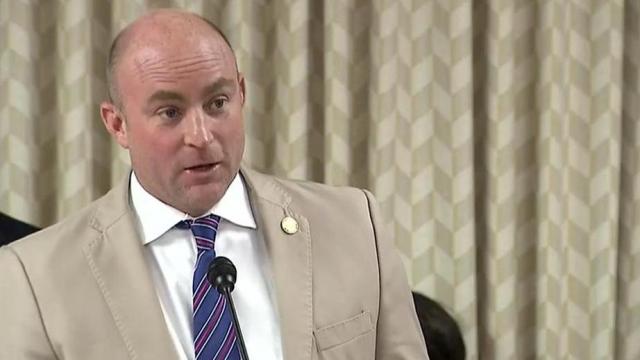 Raleigh, N.C. — Sen. Danny Britt, R-Robeson, who tested positive for coronavirus earlier this month right after he and other lawmakers gathered for a legislative session, has recovered and returned to work, he said Monday.

Britt said he doesn't know of any other positive tests in his circle. No other cases have been announced from the state legislature.

The senator said his wife and children, people at his law office and the senators who sit closest to him at the General Assembly all tested negative.

“After my 14-day quarantine, I’m back at work and feeling good," Britt said in a text message Monday.

The senator, who is 41, said he had aches and pains for the first few days and "some minor breathing issues" for a day or two.

"I want to thank everyone who reached out to wish me and my family well during this time," he said. "I’m thankful that, even though I tested positive, my wife, children and everyone in my law office tested negative. We did however opt to close the office for 10 days just to be certain."

Britt was criticized for not wearing a mask at the legislature and in his Robeson County district, where he works as an attorney. The local public defender's office shut down for about a week as a precaution because Britt had been in the office.

Everyone got tested, and the tests came back negative over several days, Public Defender Ronald Foxworth said.