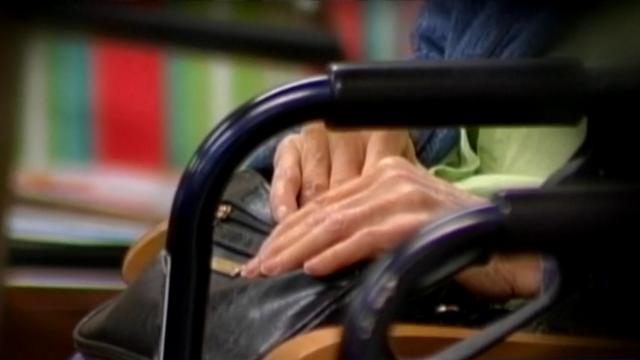 Raleigh, N.C. — Under pressure from advocacy groups and media organizations, North Carolina health officials released details for the first time Monday on the locations of dozens of nursing homes and other group living facilities with coronavirus outbreaks across the state.

The move marks a significant policy reversal for the Department of Health and Human Services, which for weeks has maintained that identifying facilities with outbreaks would reveal confidential health information for particular patients.

As of Monday, DHHS reported more than 2,500 cases of COVID-19 and more than 150 deaths from the disease in so-called congregate living settings, which include nursing homes, prisons and residential care facilities. Infections in those settings account for more than one-quarter of the state's total cases and more than half of all deaths.

DHHS data on the outbreaks shows The Citadel, a nursing home in Salisbury, has the largest number of COVID-19 cases so far at 144. The facility has also seen 10 deaths from the disease.

But with less than half as many confirmed cases, Louisburg Healthcare and Rehab Center in Franklin County has seen 14 deaths, the most in the state.

North Carolina joins a handful of other states, including Georgia, California, Ohio, Illinois and New York, that disclose at least partial details about the locations of deaths and cases in nursing homes and other group facilities.

The state’s reversal came days after a letter from AARP urging Gov. Roy Cooper to release the information in the interest of public health.

It also followed discussions between attorneys for DHHS and a 20-member media coalition, which last week threatened to file a public records lawsuit over the issue. The coalition, which includes WRAL News, The News & Observer and several national media organizations, argued that releasing the names of the facilities – and not personally identifying information about patients – would not violate federal or state confidentiality rules.

"We cannot express in words the exigency of this matter as our clients stand in the shoes of North Carolinians statewide who need this critical information – especially in light of the governor’s forecast of a plan to begin a phased approach to return to normal life," attorneys Amanda Martin and Mike Tadych wrote.

After conversations between media coalition lawyers, as well as attorneys for DHHS, the Governor’s Office and Attorney General Josh Stein, state officials say they’ll use a “public health exception” at their discretion to allow release of the information. DHHS plans to update the figures twice a week through its existing COVID-19 data portal.

Reporters from a collaborative of six North Carolina newsrooms asked DHHS for the names of nursing homes and other congregate care facilities with outbreaks three weeks ago, and news organizations have repeatedly questioned the state’s position on disclosure at daily briefings with Cooper and DHHS Secretary Dr. Mandy Cohen.

At one such press conference April 14, Cohen said the department decided to “strike the right balance” between the privacy of the facilities and public health interests by not releasing details on the locations of outbreaks.

This North Carolina map of COVID-19 cases is updated around-the-clock by the WRAL newsroom as we receive information from state and county health officials on new positive tests for the coronavirus. Click on or hover over any highlighted county in the map to see details of the cases in that county. Darker shaded counties have the highest number of cases.

Changing advice to counties on disclosure

Although the state didn’t provide the information prior to Monday, some county health departments did.

The result, as the collaborative reported last week, was a patchwork of disclosure that varied from county to county, leaving the public in the dark about the identities of more than a half-dozen nursing homes with outbreaks of the deadly virus.

Cohen acknowledged as much in a press briefing Monday.

"We saw a patchwork quilt of information released across the state," Cohen said. "We hope this will be helpful going forward."

But that inconsistency appears likely to change as well.

Mark Benson, assistant DHHS secretary for public health, noted in the email that the agency had so far advised counties not to provide details of COVID-19 outbreaks at nursing homes but that DHHS was changing its advice, effective immediately.

“But the unique characteristics of this pandemic (e.g., national public health emergency declaration, evidence of widespread/statewide community transmission, need for extensive community mitigation measures, etc.) suggest that a one-time modification is warranted to the long-standing practice of not releasing facility-specific details in outbreaks,” Benson said.

Previously, both DHHS and many county health departments had said releasing the information would be a violation of the law.

However, in his email to counties with the new guidance, Benson said releasing the information would actually comply with the law.

“Doing so is in alignment with GS 130A-143(4) and allows us to achieve standardized reporting regarding COVID-19 outbreaks in congregate living settings at both the state and county level,” he said.

This story was jointly reported and edited by Kate Martin and Frank Taylor, of Carolina Public Press; Gavin Off, of The Charlotte Observer; Lucille Sherman and Jordan Schrader, of The News & Observer; Nick Ochsner, of WBTV; Emily Featherston, of WECT; and Tyler Dukes of WRAL.​