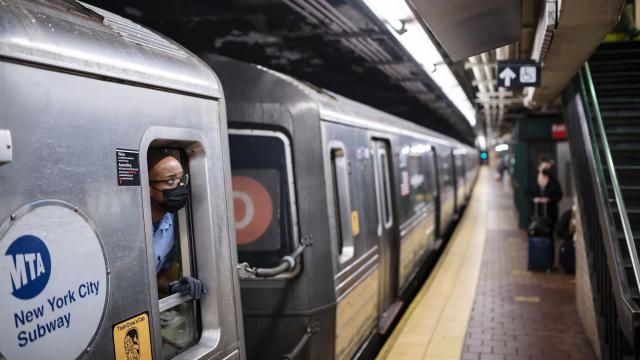 NEW YORK — The Metropolitan Transportation Authority plans to extend a $500,000 death benefit to its employees who die of COVID-related causes through the end of 2021, a senior authority official said Monday. But the benefit will remain unavailable to those who decline to get vaccinated against the coronavirus.

The authority, which runs New York City’s subways, buses and commuter trains, has provided the $500,000 benefit to all of its 68,000 employees since last year. But in April, as vaccines became widely available, the authority decided that, starting in June, the benefit would be available only to the families of employees who had been vaccinated.

That requirement was one of several ways the authority used to urge its workers to get vaccinated. The authority was hit hard by the virus last year, with 171 employees dying of COVID-related causes since the pandemic started.

Only three of those deaths have occurred since June, said Tim Minton, a spokesman for the authority. Minton said the authority had no indication that any of the three had been vaccinated. He said none of their families had tried to claim the death benefit and so far no family had been denied the benefit.

“We want each of our employees to get every single benefit that they are entitled to,” Minton said.

He added that the authority and its officials had taken every step they could think of to encourage employees to get the vaccine, including allowing paid time off for each dose.

Tony Utano, president of Local 100 of the Transport Workers Union, said his members had been notified in April, when the COVID death benefit was extended, that “vaccinations would be required to access the benefit as of June.”

The benefit is equal to the benefit for deaths in the line of duty under the union’s contract. Utano expressed pride in the union’s efforts to persuade the authority to provide the benefit because transit workers had to keep working through the early months of the pandemic.

The extended benefit was scheduled to expire Aug. 31. But the authority’s board is expected to move this week to extend it again, to Dec. 31.

Minton said more than 70% of the authority’s employees have gotten at least one does of the vaccine, mostly through programs run by the state. But the rates are lower for employees of some of the transit divisions, including subways and buses.

The authority has not made vaccines mandatory for its workers. But on Oct. 12, it plans to start requiring weekly testing of workers who cannot provide proof that they have been vaccinated. This article originally appeared in The New York Times.