There should have been more Canes games, beach trips and spontaneous ice cream outings. Tiffany Camperos-Brizuelas should be focusing on graduating with her mom as proud witness.

Instead, she's reflecting on her favorite moments with her mom, Nancy Camperos, memories she made before her mom caught COVID-19, before everything changed.

It started in late September. Camperos suddenly began getting confused, having cognitive issues. She didn't have any underlying or pre-existing health conditions, so her husband and daughter became concerned.

She video called her daughter from the emergency room at UNC Rex and told her she'd be okay.

But on Oct. 3, she talked to her mom for the last time.

"I remember telling her, 'Mom, I'd do anything to switch places with you,'" Camperos-Brizuelas said. 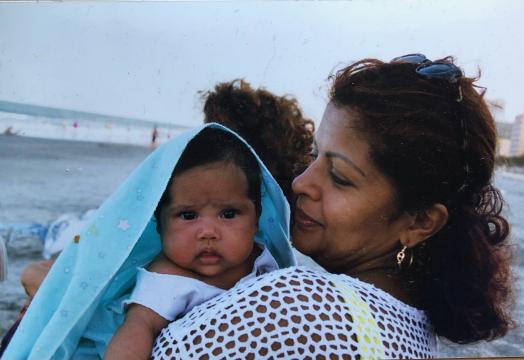 That night, Camperos-Brizuelas received a call from the doctor. Her mother's breathing had become unstable, they needed to put her on a ventilator. In the process, Camperos went into cardiac arrest. The lack of oxygen flowing to her brain caused irreparable damage.

Data in the death certificates

She was 63 years old. She was Venezuelan, had an associate's degree. All of that information was contained in her death certificate. It's information on every death record.

WRAL Data Trackers combed through more than 260 records for the Wake County residents who died from COVID-19.

They were teachers and truck drivers, cooks, chemists. Most of them died in hospitals, with a third of Wake County COVID-19 deaths from April through mid-November at WakeMed.

Thirty-four percent of people were in assisted living facilities when they died from the coronavirus.

More than eight out of every 10 people who died were older than 65, which is consistent with findings reported by the Centers for Disease Control and Prevention.

They ranged in age from 29 to 103 years old. The average age was around 79, which is two years younger than the average life expectancy.

That's where the differences start.

While around 23% of Wake County residents have a high school education or less, that group accounts for 57% of those who died from COVID. College-educated adults make up 56% of the county's population but only 30% of the COVID deaths.

There are discrepancies among race and ethnicity, as well.

North Carolinians hospitalized for COVID more likely to be white, male, over 60

About 34% of people who died from COVID were Black, but the county is comprised of less than 20% of Black residents. White people account for 59% of the population and 55% of deaths. People who identify as Latino are 5% of the county's make up but 10% of those who have died from COVID.

From looking at the death certificates, WRAL Data Trackers found about 57% of people didn’t have any other significant conditions listed.

While every single one of these death certificates lists COVID-19 on it, where it is written and the role the virus played in contributing to someone’s death varies.

More than half listed the immediate cause of death as something other than COVID. That doesn't mean the person didn't die because of the coronavirus, though. In line with the CDC guidelines, those still count as COVID deaths because the virus "can lead to various life-threatening conditions."

Camperos' death certificate is a perfect example of the recommended reporting method. The immediate cause of death is listed as anoxic brain injury – the lack of oxygen flowing to her brain, which was caused by cardiac arrest, written as a secondary cause of death. As her daughter said, Camperos went into cardiac arrest when doctors were intubating her due to her respiratory issues. Finally, COVID was the catalyst for all of the other health issues and that is written on the lowest line.

While Camperos-Brizuelas understands that timeline, she does have one lingering question.

Her mom was incredibly vigilant, Camperos-Brizuelas said. Camperos had a separate pair of shoes, peach Crocs, she'd wear in the house; every other pair would stay outside. She washed her hands, wore a mask. Still, she and her husband both caught COVID-19.

He recovered. Camperos, like more than 6,000 North Carolinians, did not.

In May, she will graduate from William Peace University. She says her mother always encouraged her to chase her dreams and get a higher education. When she walks across that stage, she knows her mom will be proud, but she says she wishes she could be there to celebrate. 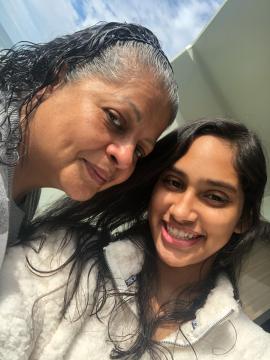 Knowing she won't be here for that moment and so many others is something Camperos-Brizuelas is still struggling to accept.

"I kind of expect a phone call or expect a text from her," she said. "[If] I drive down and hear a song or I see something that she would have liked, I'd be like, I wish you were here. And I think, for me, the hardest part was to accept - it wasn't so much to accept her death, but to realize everything that she was going to miss out on."