Chapel Hill, N.C. — It’s 6:30 a.m., her alarm is blaring, and all Dr. Cindy Gay wishes for is a couple more hours of sleep. But there are eggs to scramble, blueberry pancakes to cook and two young kids to wake, dress and feed.

Gay and her husband take turns making coffee for the long day ahead and log the kids in for virtual learning. The babysitter arrives and Gay hops in the car, just in time for her first phone call.

By now she’s on her second cup of coffee, ready to lead a team of infectious disease experts administering Phase 3 of Moderna’s COVID-19 vaccine trial. With nearly 1 million deaths around the world, medical professionals are in a life or death sprint to provide immunity against the virus.

Sleep, Gay knows, will have to wait. 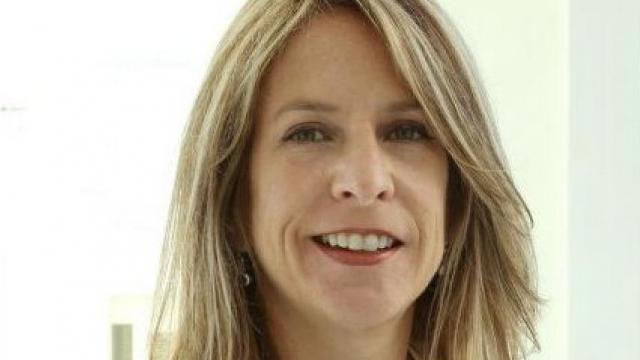 “I felt like I needed to do my part,” Gay said. “So it’s a lot more work, but totally worth it given what we’re trying to do.… It’s asking yourself, what did you do when you saw something that needed to happen or a situation that wasn’t right?”

That is, for everyone except the patients and medical professionals working at extraordinary speeds to combat the deadly virus. In the race for a COVID-19 vaccine, time has never moved quicker for Gay and her team.

Three flu vaccines are available. Get one now, doctors say

“I think it really hit home when my kids were no longer going to school, to be perfectly honest,” Gay said. “That really changes your daily life.… I feel like I’m trying to answer at least one question about how we’re going to get back to something closer to normal.”

The University of North Carolina at Chapel Hill, where Gay specializes in infectious diseases, is one of 89 testing sites for Moderna’s phase 3 clinical trial for a COVID-19 vaccine. Because of its quick response and extensive research, UNC-CH has become among the most cited universities in the U.S. for coronavirus expertise.

With pressure from the federal government to distribute a vaccine before election day, Moderna and eight other COVID-19 vaccine developers released a pledge in early September reaffirming their commitment to “high ethical standards and sound scientific principles.”

Moderna CEO Stephane Bancel announced Sept. 30 that the company’s vaccine won’t be ready for widespread distribution until Spring 2021. He said the drugmaker won’t seek emergency authorization for the vaccine for frontline medical workers and other at-risk individuals until at least Nov. 25.

Even still, 78 percent of Americans worry the vaccine approval process is being driven more by politics than science. In a rare bipartisan sentiment, 72% of Republicans and 82% of Democrats expressed such worries, according to a survey from STAT and the Harris Poll.

Despite concerns of a rushed approval process, thousands of volunteers across the nation have stepped up as patients for the COVID-19 vaccine trials. 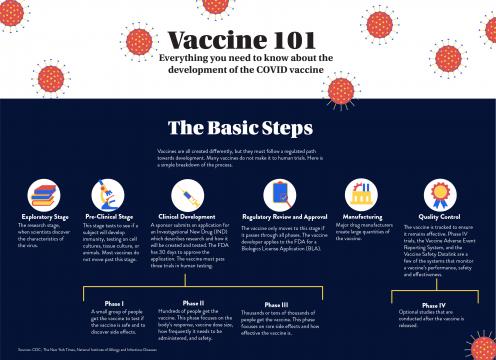 “The biggest motivator is that people are taking a vaccine not for themselves but for their loved ones,” Gay said. “I had a working mom who enrolled in the study, she’s trying to do her job and homeschool her kids. So, like me, she really wants her kids to be able to go back to school.”

After multiple medical examinations, participants receive either the vaccine or a placebo. In the weeks that follow, any symptoms are monitored through an E-diary mobile application and follow-up appointments as patients continue with daily lives.

“There’s going to be 30,000 participants — that’s 30,000 people willing to step up to get a vaccine,” Gay said, referring to all Moderna trial sites. “It’s really just tremendous.”

Louise Stephenson, a senior at UNC-Chapel Hill from Wilmington, N.C., was one of 600 participants to receive the Moderna vaccine in phase 2 of the clinical trials. 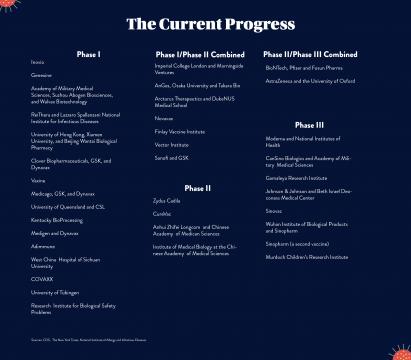 She said her main motivation for enrolling was to help expedite the development of a vaccine, and that she looks forward to telling her future children and grandchildren that she helped in the small ways she could.

“I hope it works so I can say I’m one of the founding members of the Moderna vaccine trials study,” Stephenson said, laughing. “I’m optimistic about it. My only fear is that it’s just a lot of wasted time.”

Stephenson’s hopes remained high as COVID-19 clusters spread across UNC-Chapel Hill’s campus. Her roommate was infected with the virus, along with three other people she had direct exposure to. She tested negative more than four times.

“I had somebody in my office who worked for me for 15 years die from it,” Kayye said. “So it certainly affected me directly. She had been a big part of my life for such a long time.”

Neither Kayye nor Stephenson has experienced any side effects, a concern that escalated among participants after an AstraZeneca vaccine patient suffered from adverse neurological symptoms. The symptoms were consistent with a rare but serious spinal inflammatory disorder called transverse myelitis, causing the trial to pause immediately.

However, both volunteers felt one concrete change after receiving the vaccine: a strong sense of hope. 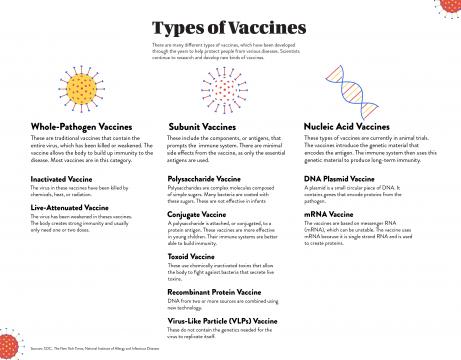 “It was a great educational experience for me because it was very frustrating living through the news cycle of all this,” Kayye said. “I felt like there was so much emphasis put on everything bad that was happening, it was hard to find the good stuff.”

Gay didn’t always know she wanted to be a doctor. After graduating college, she returned to school to take several pre-med classes, eventually completing residency at Vanderbilt University.

In the years that followed, Gay fell in love with infectious diseases, in the way that only medical professionals can. With both a Doctor of Medicine and a Masters in Public Health, Gay has spent years studying HIV treatment and prevention.

“It’s all about the human condition in one way or another,” Gay said. “I think a lot of infectious disease physicians have a calling to the profession, to address gaps and new things like the COVID-19 pandemic.”

Those who are at a higher risk of contracting the virus, such as essential workers, minorities and the elderly, are preferable vaccine trial patients. Moderna recently slowed enrollment to ensure minority representation in the study, with 24% of their participants coming from communities of color.

“I would rather we have higher diverse participants and take one extra week,” Moderna CEO Stephane Bancel said. “Diversity matters more to us than speed.”

At the local level, recruiting diverse patients comes with unique challenges. In North Carolina, Hispanics make up 44% of COVID-19 cases where ethnicity is known, despite making up just 9.3% of the population.

Gay said the Latinx community in North Carolina faces logistical concerns in regard to trusting the public health system. Undocumented immigrants, many of whom are essential workers, fear that seeking medical care could make them vulnerable to deportation.

“I totally get why they would be hesitant,” Gay said. “So that’s a challenge, and it’s an understandable one. We really just want to provide information.”

Throughout it all, Gay said the highlight of each day is getting to talk with the trial’s volunteer participants, who bring with them a spectrum of experiences and backgrounds.

“It’s very interesting to see who decides to participate in the study and why they do it. It’s uplifting,” Gay said. “I’m thanking them. They’re thanking me. I think hard times sometimes truly do bring out the best in people and I love that.