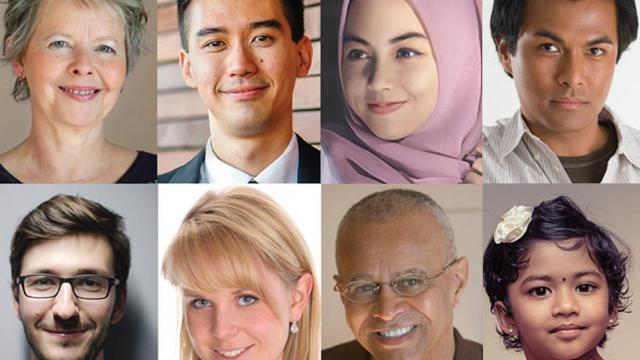 This article was written for our sponsor, the N.C. Department of Administration.

If you haven't filled out the census yet, you have until Sept. 30 do so. While it might not seem like a big deal if you don't, there's roughly $16 billion of federal funding at stake for North Carolina if citizens do not participate, in addition to state funds.

"A census response brings $1,823 per person, per year in federal and state funds back to N.C. counties and towns," stated the N.C. League of Municipalities. "An incomplete count puts that funding in jeopardy."

The United States Census Bureau is required to conduct a count of every person in the country, including North Carolina. According to census.nc.gov, "Everyone must be counted, no matter their age, residence status or location."

Machelle Sanders, secretary for the N.C. Department of Administration and chair of the N.C. Complete Count Commission, wants everyone to know filling out the census is safe, easy and important.

With the Sept. 30 deadline fast approaching, approximately 4 million North Carolinians still need to fill out the census. Doing so, Sanders said, is one of the most "democratic and inclusive" things a citizen can do.

"The census is a once in a decade opportunity to count all residents in the nation. It's also one of the building blocks of our democracy," she said. "Without adequate participation, we're risking billions of dollars a year in funding for our communities. We are eager to increase our participation and make sure that everyone in North Carolina counts."

As census.nc.gov explained, the data collected "helps determine political representation for our state and the amount of funding invested in our communities. Census data helps decide how more than $16 billion in federal funding gets used each year."

"The census-driven funding represents tax dollars that we've already paid. It's our state's chance to bring those dollars back to our communities for health care and hospitals, educational programs, schools, roads and highways, economic development, and many other services," Sanders said. "At a time like this, we can see where those funds would be significantly impactful to our economy given all that our communities are going through with COVID-19, as well as the devastation that North Carolina undergoes during hurricane season."

"There are so many North Carolinians undercounted who live in rural towns, military families, those impacted by storms," Sanders continued. "These are people who rely on the programs and services funded by a complete census. We need a complete count. Undercounting puts both funding and representation at risk."

Federal law requires all collected information be kept confidential and cannot be shared with law enforcement, immigration or anyone for 72 years.

Juliana Cabrales, the mid-Atlantic director of Civic Engagement with the National Association of Latino Elected and Appointed Officials Educational Fund, emphasized filling out the census is safe.

"The census questionnaire asks basic questions about everyone living in a household; questions such as age, name, date of birth, race and Hispanic origin. And then also the relationship to other people living in that house. It's important to note that census information is confidential and protected by federal law," Cabrales said. "I like to remind folks that your answers to the census questionnaire are confidential. They're protected by federal law, and they cannot be used against you by any federal agency, including law enforcement."

While everyone should fill out the census, Cabrales noted it's especially important for communities of color to participate.

"Federal funds, grants and support to states, counties and communities are based on population totals and breakdowns by sex, age, race and other factors," stated census.nc.gov.

People use Census Bureau data in a variety of ways, from residents using the data to support community initiatives involving legislation to businesses using it to build offices and create jobs, to local government using it to ensure public safety and plan new hospitals.

"If you're ready to participate in the 2020 census, I invite you to do so by visiting my2020census.gov. The online option is available in English and 12 non-English languages, including Spanish, Chinese and Vietnamese," Cabrales said. "You can also participate over the phone or via a paper questionnaire that many of us received at our home address. You can also visit nc.census.gov. where you'll find materials and any other information you need."

This article was written for our sponsor, the N.C. Department of Administration.