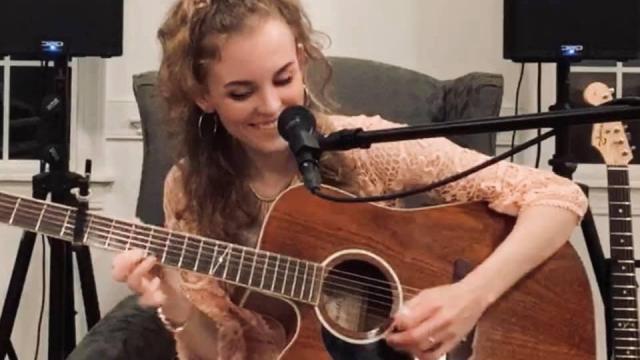 Coronavirus has canceled events all across the country, and Washington, N.C., is no exception.

Among the events affected by the pandemic is the annual BoCo Music Festival. Hosted by the Beaufort County Traditional Music Association, the festival typically fills the streets of Washington with vibrant music and life, with free performances from musicians across eastern North Carolina.

While the music festival isn't able to conduct business as usual due to the coronavirus restrictions, two of the event's organizers are preserving the tradition by moving the festivities into the online world.

"We've seen a lot of other cities doing a similar thing for their local music community, so we figured we'd step up and organize it for those who feel a little lost right now," said Gabbi Whitlock, special events and marketing coordinator for Washington Tourism. "I would say that it's not only Beaufort County musicians, but it's also musicians on the east coast that play in Beaufort County, those that have lost gigs in Beaufort County. So we're trying to give them something to do where they're still interacting with our community."

Together with her co-organizer, Meg Howdy, executive director of the Washington Harbor District Alliance, Whitlock created an open Facebook group for interested musicians. The live event was small at first, with around 10 artists each day, but it didn't take long for word to spread.

By the time the next concert rolled around, Whitlock and Howdy had nearly 40 musicians itching to participate.

"It's functioning like an open mic where people try out new songs, and others are able to comment throughout — it's very interactive," Whitlock said. "The people that are on the schedule, they're very present. There are also a lot of community leaders that have been tuning in, so it's gone really well."

Added Howdy, "People are using it as an opportunity to still engage with one another because we can't be out like we once were. It's been really exciting to see people finding new musicians they had never heard of before, and hopefully it will lead to future gigs for the artists. We've got a lot of talented musicians around the area and it's a way for people to come together and find a little happiness in this world."

Concerts are held three Thursdays a month, and each artist on the lineup plays three songs. As far as eligible musicians go, the lineup is typically composed of artists either from Beaufort County, or those who would have played shows in the county if bars, theaters and performance venues weren't shut down.

To add a little variety to the page, Whitlock and Howdy also introduced Homegrown Sunday, where musicians play original songs as opposed to covers.

While concerts are only held a few days every month, the page almost runs itself, constantly buzzing with activity as local musicians post videos of their home performances. In Whitlock and Howdy's opinion, the page has acted as a much-needed morale boost.

"I think, psychologically, it's really made a difference. Musicians can continue to keep up with their craft and continue sharing their wonderful talent, and hopefully it'll lead to future opportunities," Howdy said. "It's been a way for artists to engage, because many are so outgoing and really extroverted. So we have to look out for them, and this is definitely good for them."

To participate in the next round of live music, local musicians simply need to keep an eye on the BoCo Music Facebook page for a post from Whitlock or Howdy calling for artists, then communicate their interest. From there, Whitlock and Howdy put together a rough schedule and promote the event on their social channels.

While it's too late to sign up for the June event, interested musicians can check out the Facebook page for updates on their next chance to perform.