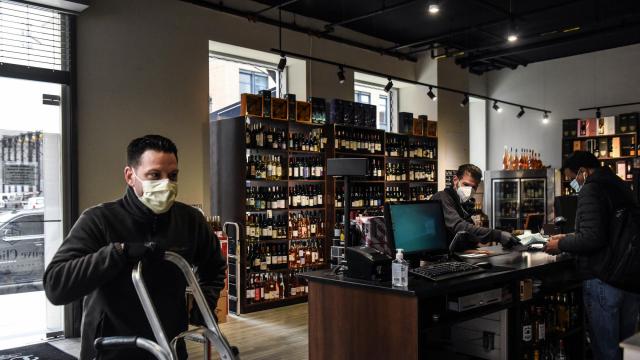 There was some controversy when Gov. Roy Cooper ordered non-essential businesses to close down, including retail stores, but locally run ABC stores were allowed to stay open. Turns out that decision was a boon for business.

Despite a drop in sales to restaurants and bars over the past couple of months, in-store liquor purchases are soaring.

Restaurants were shut down in March and only recently were allowed to reopen with social distancing requirements. With more places now open, sales of liquor are also starting to go back up, combined with the ABC store sales.

How to Stock Your Liquor Cabinet

From April through June, ABC stores across the state had a combined $341 million in sales. Last year during those same three months, stores sold just $246 million worth of liquor.

While mixed beverages sales, which is the alcohol that’s sold to restaurants and bars, are still lagging behind last year’s numbers, they are slowly starting to catch up. In June, that total was about $12 million. That is still less than last year, but a huge jump compared to the $82,000 in sales recorded in April.