Kids can't 'catch their death of cold,' so send them outside this winter 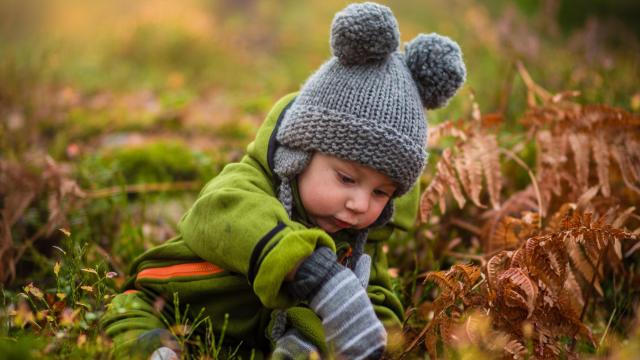 Since the beginning of the COVID-19 pandemic, outdoor play and small outdoor gatherings have been indispensable for my family. Outdoors, where virus particles disperse more quickly, my kids could gather safely with a friend or two to ride bikes or take a walk. It's how we've celebrated birthdays and holidays with their grandma.

Growing up in a rural part of central New York state, where I remember the snow coming up to my waist a few times, I had no plans to end these outdoor gatherings as we moved into the colder months here in North Carolina. A little chill in the air isn't going to stop me. But, in my circle of friends, there was disagreement. "But they'll catch their death of cold out there," one said.

"Our children aren't as fragile as we maybe think they are," Wirth said. "Let them go outside and let them figure it out. There's a law of natural consequences. You figure out how to keep yourself comfortable."

(I write this during the same week my 11-year-old finally agreed that she gets cold sometimes and asked for pants that are longer than capris. She's worn shorts through the last several winters.)

I checked in with Wirth to get some advice on cold weather play and refute a few common misconceptions.

Can you get a cold from being cold?

No, Wirth said. Viruses make you sick, not cold weather.

"We get a lot of viruses in the winter, I think, because we actually come indoors and we're in closer company," she said. "That's one of the concerns, actually, about COVID in the wintertime. It's going to be spread, not because it's cold, but because when it's cold, we all come inside."

In addition to coming inside and sharing our viruses with each other, some viruses, such as influenza, are more active in the winter. So, it's not the cold weather that's making us sick. It's us coming inside and congregating in smaller spaces where virus particles hang out in the air and on surfaces.

Sometimes, after being outside in cold weather, your mouth might feel a little dry and your throat might even hurt a little. That doesn't mean you're sick, Wirth said. It just means the air is dry. Drinking fluids and using nasal saline can help. 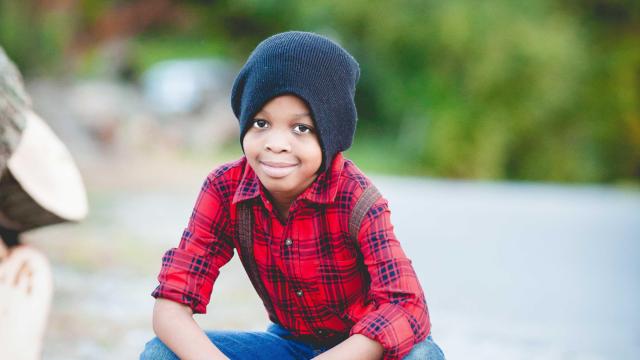 But what about frostbite when it's really cold here in North Carolina?

I used to read a picture book to my kids called "Recess at 20 Below," by Cindy Aillaud, which demonstrates how kids in Alaska get ready for recess when it's 20 degrees below zero. They bundle up in lots of layers — but they still get out to exercise their bodies and get some fresh air.

Frostbite requires a combination of things. Skin must be exposed. It needs to get wet. And it needs to be fairly extreme cold, Wirth said. It's rarely cold enough in North Carolina to cause frostbite. (Check out this chart from The Farmers' Almanac, which shows when frostbite would occur based on the temperature and wind speed.)

What's the best way to bundle kids up in cold weather?

Think layers, but avoid over layering. And, remember, Wirth said, that if kids are running outside for an hour, they likely will get warm if they are really bundled up, even at 30 degrees. If it's a 30 degree day, start with some mittens and a hat, which they might eventually shed. And that's OK.

"As children get running and moving, they are probably going to be uncomfortable with their fingers covered and their faces covered or heads covered," she said. "Some of that depends on what they're doing and how active they've been and how long they've been outside."

A sunny day also will warm up a body, even on cold days. "Even if it's cold, you body will still feel warm," Wirth said.

And if kids play for a long time, get a little sweaty and stop playing for a bit, they may end up feeling a little colder, she said. "Just keep checking on it," Wirth said. 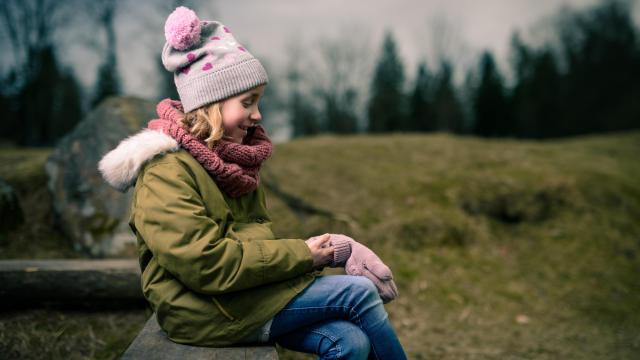 What are the benefits of getting outside?

Studies demonstrate that it's good for kids' mental and physical health to get outside daily.

"Getting outside helps you feel like you're part of something larger than yourself," Wirth said. "Connecting to the world and the universe happens more in nature than it does in front of your TV. I really like outside play for that very reason. ... Even in non-COVID times, there's something about that that helps your body feel better."

While it may be natural for some parents to push younger kids outside to wear them out before nap or bedtime, Wirth said she also encourages older kids she treats to leave their house.

"I often tell my older patients, go for a walk," she said. "Just go do something where you can breathe a little bit and you can think a little bit. ... There's something soothing to the soul. And that's only magnified during COVID."

But what will my kids do outside?

You can get all kinds of outdoor games and toys, but Wirth said the best play can happen when kids make it all up on their own. Sometimes you just need to tell them to go outside (with age-appropriate supervision).

"Don't be afraid of it. Children engage in really creative play," she said. "You don't have to create a space that's already ready to play. They can figure it out. That's actually good for their brains to figure it out.

"When my mom used to tell me, 'Get the heck out, go play,' she wasn't saying, 'I'm going to set up this monkey bars and jungle gym for you.' She was saying, 'Go out, find a stick and figure out what to do with it,'" Wirth said. "It's good for children's brains to engage in creative play."