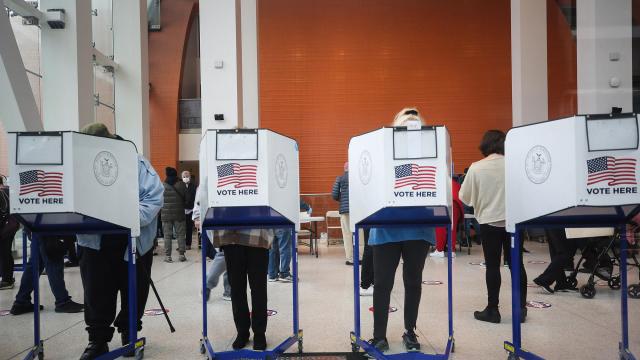 EDITOR'S NOTE: Josh Stein is North Carolina's attorney general. He was a candidate, and re-elected to a second four-year term, in the recent election.

When historians reflect on 2020, there will be plenty to characterize as unprecedented, out of the ordinary, and extreme. The North Carolina State Board of Elections’ approach to handling the election during a pandemic – despite histrionic partisan claims to the contrary – will not fall into that category.

The board was charged with administering an election amid circumstances unlike any we’ve ever experienced. We take for granted just how complicated and miraculous a safe, fair, and free election where every legal vote is counted really is – even during a normal year.  But pulling that off in the midst of the deadliest pandemic in a century?  It was quite a tall order.

The board, a bipartisan group of citizens, developed a sensible response to COVID-19 to ensure that qualified voters were able to make their voices heard easily and safely. The board’s actions fell squarely within its authority and charge under state law to administer elections and appropriately deal with emergency situations.  And its actions were affirmed at the highest levels of our judiciary – the North Carolina Supreme Court and the United States Supreme Court.

So much has happened during the last several months that a short refresher reminds us what exactly the board was up against:

In the face of these unprecedented circumstances, the board acted in bipartisan and unanimous fashion. Detailed public records of the board’s meeting show beyond any doubt that the decision to settle the lawsuits was made with support from all the board members, from both major parties, after lengthy discussion and consideration of all options, including a full briefing from the board’s legal team on the pros and cons of various alternatives.

Given all the heat and noise of the campaign season, it is worth stepping back to recall what the board actually agreed to do.

The board balanced the need to handle this election differently with the need to ensure that every legal vote is counted. The board allowed voters to cure absentee ballots with minor errors so eligible voters would have their voices heard, extended the absentee ballot receipt deadline so that all mail-in voters had the same deadlines as those in the military, and allowed voters returning their absentee ballots in person to verbally log the ballot’s return with an elections official to minimize close physical interactions.  That’s all the board agreed to.

It’s important also to note the various changes that the plaintiffs sought that the board did not agree to.

The board refused to change the deadline for voters to mail back their absentee ballot. Voters still must have mailed their ballot on or before Election Day. That deadline is important to make sure that people didn’t game the system or change the outcome by voting after they knew the results on Election Day.  The board simply allowed ballots that were mailed by Election Day to be counted so long as they arrived by the existing deadline for military and international ballots.  The board also did not eliminate the witness requirement for absentee voters.  The board did not extend early voting beyond the 17-day period.  And the board didn’t allow third parties to request or collect absentee ballots on behalf of voters.

Shortly after the board’s decision there was a blitz of misinformation over these commonsense measures to protect the sanctity of the vote in a pandemic. Partisans seeking political advantage spread the baseless claim that the board’s action amounted to “collusion,” even after the board released internal records that thoroughly refute the claim.  Two members of the board were forced to resign by leaders in their own party as political retribution for daring to give bipartisan support to a plan that allowed for modest adjustments during unprecedented times.

But peeling back the overheated rhetoric and manufactured drama, we are watching in real time as the democratic process of this state is working thanks to the board’s actions.

Despite the monumental and unforeseen challenges of voting during a global pandemic with unprecedented mail delays, people’s voices were heard. The election may not have looked exactly the same as it usually does, but what did this year?

As a candidate and a voter, I take seriously our right to vote and the integrity of our elections. The right to vote is our most fundamental – it is how the people hold those in power accountable.  I believe we should all be doing everything we can to ensure that it is safe and easy to vote, just as we should be making sure that each vote that is counted is eligible and legal.

That’s the balance the Board successfully struck in a remarkably challenging year, one that presented difficulties we hope we never experience again.

When you look at the facts, you see that in the 2020 election, five and a half million North Carolinians, 75 percent of those registered, voted – the highest voter turnout percentage in over a century. It is as remarkable as it is boring – against all odds, exactly what is supposed to happen in an election happened. The process was fair, and the people spoke.  I believe history will judge it the same way.