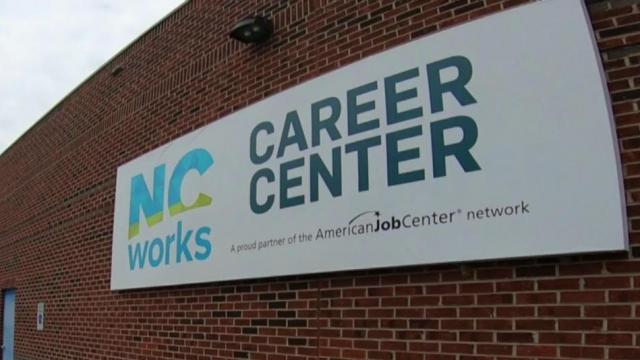 EDITOR’S NOTE: More than 423,000 workers in North Carolina have filed for unemployment insurance since mid-March. They will find they’ll receive among the skimpiest benefits offered by any state. Why are the state’s benefits so low? How did they get that way?  What does the legislature need to do so workers receive the help they need to get through this crisis?  Here’s an explanation from John Quinterno, a principal with South by North Strategies, Ltd., a research consultancy specializing in economic and social policy based in Chapel Hill. He is author of “Running the Numbers: A Practical Guide to Regional Economic and Social Analysis” (New York: Routledge, 2014).

423,901. That is how many North Carolinians filed initial claims for unemployment insurance between March 16 and April 5, according to the state Department of Commerce. Sadly, many of those left unemployed by the COVID-19 crisis are about to discover the painful truth that North Carolina’s unemployment insurance system deliberately has been stripped of its capabilities to deliver meaningful aid to jobless persons and to stabilize the larger economy.

Established in 1935, unemployment insurance is a federal-state partnership that shields workers from the risk of losing a job involuntarily by replacing a portion of lost wages. Insurance payments also stabilize the economy during downturns, while, in normal times, facilitating better matches between job seekers and job openings.

Funding for benefits comes from a state payroll tax levied on a portion of the wages paid to each worker. The tax rate is based on claims history, meaning that employers who discharge more workers pay more than those who do not. To draw insurance, an applicant must meet monetary and non-monetary eligibility criteria, with the payment amounts determined by a formula linked to earnings.

In 2013, the General Assembly enacted arguably the most comprehensive restructuring of the unemployment insurance system since its creation. The stated rationale was that changes were needed to repay as much as $2.8 billion in advances taken from the federal government to keep paying benefits during the “Great Recession.” The state did exhaust its trust fund and needed federal help, but that exhaustion stemmed from the scale of job losses that accompanied the 2008 and 2001 recessions combined with a series of ill-advised tax cuts in the 1990s that undercut the fund’s long-term solvency.

Even without state action, the federal advances would have been repaid through gradual increases in the federal unemployment insurance tax. The repayment issue was simply an excuse to cut business taxes significantly by radically restricting benefit eligibility, amounts, and durations. By restricting payouts, the state was able to slash taxes and amass a trust fund balance of $4 billion.

What does this mean for the North Carolinians who have lost or will lose jobs during the COVID-19 crisis?

First, many individuals will discover that they simply do not qualify for regular state unemployment insurance benefits. Self-employed persons, independent contractors, and “gig economy” workers generally are ineligible, while other workers will not satisfy the existing non-monetary and monetary criteria. That is especially likely for low-wage workers with erratic schedules and uneven earnings histories.

Second, those who do qualify will receive modest benefits—the maximum benefit is $350/week—for no more than 12 weeks. Finally, successful claimants will benefit less from the expansions authorized by the federal CARES Act.

For workers who qualify for unemployment insurance, the CARES Act allows them to draw their regular payment plus a $600/week supplement; for the average claimant in North Carolina, that should yield a benefit of about $877/week, with the maximum benefit reaching $950/week. The CARES Act also extends benefits for 13 weeks beyond the normal maximum benefit period. Yet since North Carolina currently caps duration at 12 weeks, as opposed to the 26 weeks standard in most other states, an unemployed Tar Heel will receive no more than 25 weeks of benefits instead of the 39 weeks available most elsewhere.

In short, unemployed North Carolinians lucky enough to qualify for insurance will receive far less for far shorter periods than their counterparts in much of the country.

A positive aspect of the CARES Act is that it temporarily allows for people normally ineligible for unemployment insurance, such as the self-employed, independent contractors, and “gig economy” workers, to draw benefits and a $600/week supplement. Should such workers qualify, they still will receive less in North Carolina than in other states due to the current 12-week cap on duration and the low average weekly payment amount. (At a minimum, these workers will receive $734/week.)

Recently, Gov. Roy Cooper has used executive authority to implement positive reforms, such as waving the waiting week required before a first check is sent to eligible claimants, suspending work search requirements, and certifying that payments will not be charged back to employers. Those steps will preserve eligibility for people and enable the state to claim as much as $30 million in federal funds to help administer the surge of claims in a timely manner.

Legislative action ultimately will be needed if the unemployment insurance system is to meet the COVID-19 crisis.

The COVID-19 crisis has confronted North Carolina’s unemployment insurance system with a moment of truth. It is time to admit that the 2013 “reform” was an ideologically inspired effort to effectively eliminate unemployment insurance. Absent change, the system will prove incapable of providing meaningful assistance on a scale commensurate with the wave of joblessness sweeping across the state alongside the coronavirus.