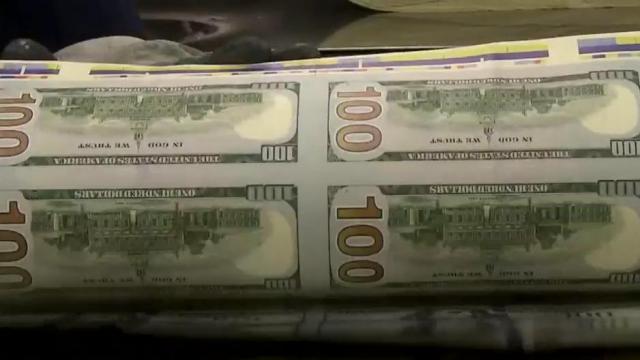 CNN — Millions of laid-off Americans are trying to survive on less than half of what they had received for the last four months, now that the $600 federal boost to unemployment benefits has expired.

The jobless continue to get their state benefits, but that means a cut of as much as 86% in weekly payments, on average, depending on where they live, according to a report from The Century Foundation.

As Congress debates how much more aid to give the unemployed for the rest of the year, many of the jobless are worried about how they can afford housing and food on state benefits alone at a time when work remains scarce.

State benefits, which are determined by state law, vary widely. The maximum weekly payment ranges from $240 in Arizona to $823 in Massachusetts. And the average benefit is typically much lower.

The average out-of-work Oklahoman is now getting 86% less than he or she did before the expiration of the $600 federal enhancement, which was part of the historic expansion of unemployment benefits that lawmakers passed in late March to address the coronavirus pandemic.

The average worker in a dozen other states is dealing with a decline in benefits in the 70% range, according to The Century Foundation.

At the other end of the spectrum, the unemployed in Massachusetts are seeing a 53% cut in weekly payments.

"It's going to be very difficult for them to sustain themselves," Andrew Stettner, senior fellow at the foundation, said of the jobless. "People really have very few employment opportunities."

State benefits replace between 40% and 45% of unemployed Americans' former wages, on average, but that rate also differs greatly depending on where one lives. Arkansas residents receive less than 30% of their former pay, on average, while Iowans get nearly half, according to the US Department of Labor.

This so-called replacement rate has been at the center of the fight on Capitol Hill. Thanks to the $600 federal supplement, about two-thirds of the jobless were making more on unemployment than they were in wages, according to a University of Chicago estimate.

Senate Republicans, who are concerned that continuing the enhancement will deter people from returning to work, want to cut it to $200 a week for two months and then shift to a replacement rate of 70%, when combined with state benefits. Democrats want to extend the $600 payments into early next year.

Marguerite Camacho of San Jose, California, needs that extra $600 to pay for rent, groceries, medication and doctors' visits for herself and her two young children.

"The extra money from federal government is essential for my family to survive until I can get back to work," she told CNN.

Now that the federal supplement has expired, the massage therapist is only receiving $409 a week in state benefits, which is not enough to pay her monthly rent of $1,530. She's had to turn to her mother, who is helping the family buy groceries, and is considering giving up her car.

Camacho, 39, has applied for food stamps, Medicaid and a one-time $1,000 housing grant from a local charity. Her landlord has posted signs in her building saying the rent is due.

With the federal enhancement, Camacho was receiving about the same amount as she did when she worked at her two jobs -- one at a spa and one at a tech company. But she won't be able to return to either anytime soon: The spa can't open because California renewed its restrictions on indoor personal care services this summer after coronavirus cases spiked again, and the company isn't bringing workers back until the middle of next year.

Meanwhile, she is looking for other jobs but the pickings are slim. Plus, most of the ones available pay only $15 to $20 an hour, which would make it impossible for her to afford child care for her 4-year-old daughter and 7-year-old son, both of whom have medical conditions. Her son's school will not hold in-person classes until October, at the earliest.