JIM JENKINS: During a Christmas apart, we dream of a return to the life we knew 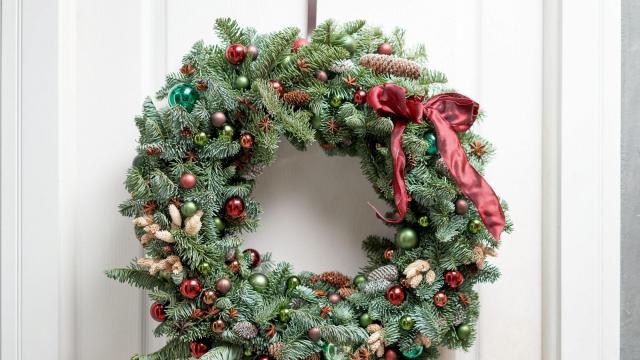 In this year of the pandemic of 2020, the shared catastrophe of all our lifetimes, the greetings seem almost absurd, callous toward the tens of millions of survivors suffering profound heartache and despair as they face a first holiday without mothers and fathers and friends with whom they shared so many joys at this time of year, every year. Those people in many cases left them with heart-breaking farewells, or worse, perhaps, with no farewells at all.

But we carry on largely because of children and grandchildren, because carrying on is what those mothers and fathers and grandparents did, through Depression and World Wars and Korea and Vietnam. That courage was their legacy for us.

Then there is the hope, and not, thankfully, a naive hope but a real one. A vaccine now is upon us. Survival is in sight.

No less than Tom Friedman of The New York Times, a very serious man indeed, broke with doomsayers on the day the first vaccine was given. “This is D Day,” he said. “This is Normandy.”

The first D Day, June 6, 1944, wasn’t the end of World War II. Many more telegrams would crush mothers back home with personal loss. Today, visiting Americans see thousands of graves at Normandy that testify to the cost of that invasion and the war and loss that followed it.

But the tide was beginning to turn. The nightmare was ending.

We’ve learned important things in this last year because of our painful separations from friends and family. It turns out we need each other, because we have seen how we miss each other. We need to shake hands and put our arms around friends, and to hug and sit beside one another in our favorite places, be they in Uptown Charlotte or Downtown Raleigh. We need to laugh with each other.

We took it all for granted. And now we know we did. It turns out those seemingly little things were important. Zooms and phone calls narrowed the gap, but didn’t fill it.

So what will the Moment be like when it’s over — the Moment when we walk into a favorite, familiar place — mine is Raleigh’s Players Retreat — and we look back in our regular big booth and see Richard and Doris and Gus and Mary and Mark and … and we’re together again? Yes it will be a happy moment, but something of a relief and jolting in a way. Because we’ve never had another moment like it.

And this is a feeling to be shared by literally millions of us. We won’t know what it’s going to be like until it actually happens.

I’ve heard only one story that seems to be comparable and it comes, yes, from another war, from World War II. My father, Jay Jenkins, had been in the Pacific for three years, and was headed to his hometown of Boiling Springs, N.C. (He’d have a long life and by the way, work as an editor and writer for both The Charlotte Observer and The News & Observer.)

This is that story, in his words:

“We were just a bunch of G.I.’s on a long plane ride coming back to the states. We were laughing, telling jokes, playing cards. I’m sure there was some booze going around. Very loud, I remember, but no officers were going to try to quiet down some guys who’d just spent years away from home.

“And then, after hours and hours, it seemed like all of a sudden, we came up over the horizon I guess, and there was the Golden Gate Bridge. We all fell silent. I guess some of us cried. But mainly I remember the quiet.  Because it meant we really were home.”

In our war, friends, we have a ways to go on our journey. But we have seen the horizon. Soon, the bridge will be in sight, and we’ll be home.

NOTE: This column originally appeared in The News & Observer of Raleigh.