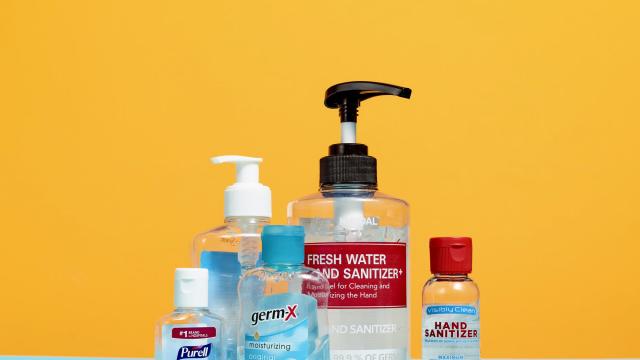 CHICAGO — In the weeks since America began reopening on a large scale, the coronavirus has persisted on a stubborn but uneven path, with meaningful progress in some cities and alarming new outbreaks in others.

A snapshot of the country on a single day last week revealed sharply divergent realities. As the United States marked the tragic milestone of 100,000 deaths from the coronavirus on Wednesday, the contrasting picture was unmistakable — a murky, jumbled outlook depending on one’s location.

Around Chicago, Wednesday was one of the most lethal days of the pandemic, with more than 100 deaths. Among the dead: a woman in her 30s, and four men past their 90th birthdays.

In the Boston area, where an alarming crisis of a month ago has given way to cautious optimism, businesses were reopening that day and new cases numbered in the dozens, no longer the hundreds.

Around Rogers and Springdale in northwest Arkansas, which the virus had barely touched in the pandemic’s early weeks, poultry workers spent part of Wednesday planning a protest as outbreaks in at least two plants were driving a sudden surge in infection numbers.

The dizzying volatility from city to city and state to state could continue indefinitely, with vastly different policy implications for individual places and no single, unified course in sight.

Some states are seeing vast improvements. But as the pandemic progresses, parts of the country may eventually need to reimpose restrictions, Dr. Tom Inglesby, the director of the Center for Health Security at Johns Hopkins University, said.

“The country is divided in terms of its overall trajectory,” Inglesby said. “This virus is persistent. It hasn’t changed.”

Understanding the coronavirus’s spread depends on where in America one is standing: New cases are on a small but steady decline overall, to about 21,000 a day from more than 30,000 at its April peak, a somewhat encouraging sign that the pandemic is waning in the United States.

It does not feel that way, though, in Chicago, where new coronavirus infections have remained steadily high. The city, America’s third-largest, has been shuttered since March, with little hope that life will return to normal soon. On Wednesday, surrounding Cook County added about 700 cases and about 100 deaths, its highest death toll in two weeks. Playgrounds have been wrapped protectively with yellow tape, sending children away. Parks and beaches along Lake Michigan, a reliably popular draw in the fleeting Chicago summer, are closed and under guard of the police.

On Wednesday, there was an eerie calm at Marge’s Still, one of the oldest taverns in the city, which has remained open, offering carryout dinner orders and drinks to go. Lisa Vakulin-Rose, a manager, arrived in the afternoon as usual, but with no one to serve at the bar, she had no fruit to slice for cocktails or glasses to polish. Instead, she opened the windows and side door, let the summerlike breeze flow in and waited for the phone to ring.

Regular customers have kept coming. They arrive and pick up their dinners, their to-go cocktails, their bottles of wine. Some are becoming impatient, asking: When are we going to be able to sit at this bar like before?

“I’d love to be able to be in a normal state again,” Vakulin-Rose said. “But we’re not.”

The Midwest is still troubled by persistent coronavirus outbreaks. Hospitalizations from the virus are on the rise in Wisconsin, an unnerving development after that state’s Supreme Court abruptly overturned a stay-at-home order in May. New cases are consistently high in Minnesota, particularly around the Twin Cities, where health officials have warned that escalating protests could increase the infection risk.

Jan Malcolm, Minnesota’s health commissioner, said in a statement that “we are one of the communities most vulnerable to rapid increases in the spread of the virus, given where we are in the course of the epidemic.”

But in the Northeast, the outlook has seesawed in the other direction. A glimpse of that region on the same day seemed hopeful.

In New York, the center of the outbreak in the United States, more than 1,000 deaths were announced on some of the worst April days. But that number is now often below 100, and every region in the state has started to reopen except New York City, which is expected to begin doing so June 8.

In New Jersey and Connecticut, case numbers have plunged considerably in recent days. And in Massachusetts, Gov. Charlie Baker has given houses of worship and many businesses permission to open again.

At the peak of the epidemic, Suffolk County, Massachusetts, which includes Boston, was reporting more than 300 confirmed coronavirus cases and 25 deaths on many days. On Wednesday, the county added 63 cases and six deaths, a vast improvement from weeks ago.

The shift has left Bostonians wondering whether this means they are ready to reopen. That question was vexing Ray Hammond and Gloria White-Hammond, a husband and wife who are co-pastors of the Bethel AME Church in Jamaica Plain, a neighborhood in Boston.

Baker had already announced that churches could begin holding in-person services again, with restrictions. But the pastors — who are also physicians — were more surprised than elated by the decision.

They worried about the potential of church services to be superspreading events. They had also watched the pandemic take a particularly devastating toll on black and Hispanic communities, and their largely black congregation has had several dozen members fall ill.

Could they reopen safely? Or would they be putting their congregants and everyone in the community at risk?

On Wednesday, they said they had decided not to go ahead with reopening.

His congregants have been uniformly supportive of the decision to move slowly. Some people said they might be ready this summer, or in the fall, or perhaps early next year.

Still others have told him they plan to attend church virtually until there is a vaccine.

In the South, many states have been open for weeks, and officials there are carefully monitoring the effects of lifting restrictions.

In some communities where the virus appeared to have been under control only weeks ago, there are now small but fierce flare-ups. Rural pockets of Alabama, Louisiana and Mississippi are struggling to control growing outbreaks.

Arkansas seemed to be on the rebound when May began. But as the month wore on, any glimmer of recovery faded. By last week, daily reports of new cases had spiked to near the highest levels since the epidemic began. On Wednesday, the state added 97 new cases, down from previous days. The progress did not last: More than 230 cases were announced both Thursday and Friday.

Many of those new cases can be attributed to outbreaks in poultry processing facilities, where employees work in close quarters with little opportunity for social distancing.

In rural Yell County, the site of two poultry processing outbreaks, cases grew tenfold over two weeks. In more densely populated northwest Arkansas, home to the headquarters of Walmart and Tyson, the number of known cases has more than tripled since the start of May, fueled in part by outbreaks at poultry plants. Magaly Licolli, a co-founder of Venceremos, an advocacy group for Arkansas poultry workers, said employees at the plants had watched nervously as food processing facilities in other states reported outbreaks. Then their own co-workers, many of them immigrants, started falling ill.

“They are so terrified of going to work because they feel that they are being led to slaughter,” Licolli said. She added: “It’s a very dark time for many of them. Many of them have preexisting conditions.”

Given what happened at meatpacking plants elsewhere, Licolli said the new spikes in northwest Arkansas seemed almost inevitable. On Friday, state officials reported cases at a third poultry plant in the region.

“We knew that we were going to get to this point,” she said.

That lament was true across much of the South. By week’s end, along the virus’s uneven path, cases were also rising in Virginia, North Carolina, Alabama, Mississippi and South Carolina.