Raleigh, N.C. — Early in the pandemic, MJ Shaar and her husband watched from their Wake Forest home as nurses cried on the news.

Medical care of COVID-19 patients was stymied by a shortage of personal protective equipment – masks, gloves, gowns and other gear designed to prevent the spread of the virus.

"How is it that one of the richest countries in the world can't provide PPE in a pandemic?" MJ Shaar said in an interview Tuesday. They wanted to contribute.

In the weeks that followed, Shaar and her husband, Robert, a real estate developer with projects across the state, started a company that leveraged his contacts to track down PPE – solving what they call a mismatch between buyers and suppliers.

The same day in early April that Robert Shaar incorporated Optimal Sante with the state, the company made its first sale to emergency officials in North Carolina, which, like other states, was scrambling to secure PPE after the collapse of the national stockpile.

"We just kind of jumped in, took a bit of a risk and made some good contacts," Robert Shaar said.

State data show Optimal Sante sold $4.8 million worth of PPE to the Division of Emergency Management through June 3, making the new firm North Carolina's second-largest provider in that period. But the company is just one of more than 100 firms the state paid out for COVID-19-related equipment, according to a WRAL News analysis of purchase data obtained via public records request.

Among the top sellers are companies known for industrial supplies. Others are manufacturers that have shifted gears to produce PPE using their existing production lines. And some, like Optimal Sante, are new: Brokers or firms that quickly spun up companies or niche PPE websites within days of their first sales to the state.

State emergency management officials say the $119 million they've spent to date on PPE has gone through a carefully vetted process. No vendors are paid up front, and checks aren't cut until health experts certify the quality of the equipment.

Robert Shaar, for example, said he submitted dozens of product samples to the state to prove he could deliver.

But the data also highlight serious shortfalls in the health care supply chain, one that – in North Carolina and across the world – depended heavily on newcomers to fill the gaps.

"At a state level, at a county level, people started reaching out anywhere they possibly could," Rob Handfield, a professor of supply chain management at North Carolina State University, said. "What you start to see here in this data is that there's just a huge number of suppliers in a lot of these broader categories that were buying from all over the place." 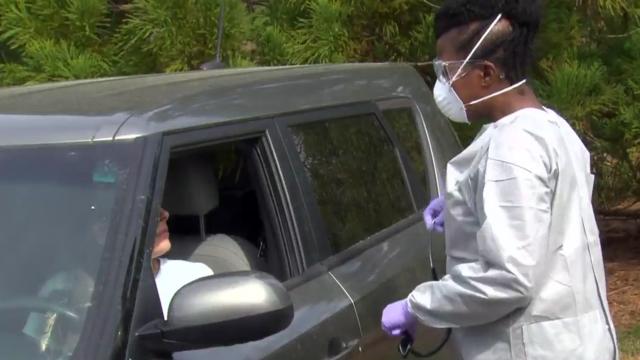 The failure of the supply chain, Handfield said, is largely rooted in economics. The vast majority of PPE is manufactured in China, at high volume and low cost.

"The issue of running out, or the issue of resilience in health care, never popped into anybody's mind," he said. "So when COVID came along, there was this sudden recognition, 'Oh my gosh, we don't have any access to masks.'"

Purchase data provided by the state through June 3 details about $59 million worth of PPE sales by state emergency management officials, buys largely made at the request of hospitals, first responders and other essential workers. But through the end of the month, state officials say sales have now topped about $119 million.

"You get a bunch of different types of players in there," said Handfield, who reviewed the purchase data at the request of WRAL News. "But they're all trying to exploit a situation where there is a shortage and try to fill it in very quickly."

Among the state's top 10 providers are companies like Fastenal, a U.S.-based industrial supplier that's long sold personal protective equipment to buyers all over the world. Through early June, the company sold $3.8 million worth of masks, gowns and other gear to the state.

But that's far behind the state's top supplier, a company called Coolest USA, registered in New York, that sold North Carolina officials $13.1 million in surgical masks and isolation gowns. The company's mask sales website was created March 13, about two weeks before its first sale to the state.

The company has not responded to a request for comment.

Fastenal started preparing for the surge in demand in early 2020, says spokeswoman Brooke Mlsna. But with supplies out of their Chinese manufacturers more limited as the disease began to spread, the company had to shift focus and prioritize some clients over others.

"We had to say no to some of our big customers because there were hospitals and food manufacturers that we had to direct efforts towards," Mlsna said.

In Minnesota, Summit Medical Chief Executive Kevin McIntosh saw the impacts of COVID-19 in the medical devices his company normally provides for elective surgeries. As hospitals across the country scaled back on those procedures to make room for sick patients, he faced the prospect of layoffs.

Instead, he used an open-source design to task his production lines with a new product: plastic face shields.

"It took a few days, and we were basically ready to go," McIntosh said.

The company sold about $3.7 million worth of those face shields to North Carolina alone. Instead of layoffs, the effort has actually required McIntosh to add staff.

Other North Carolina-based manufacturers – King International Corp. and Dubose Industries in Clinton – have also supplied the state with face shields and masks after tweaking their own production lines.

"It's a sign of how thousands of companies rose to the challenge and said, 'We can help,'" McIntosh said.

Other providers are less conventional.

But after seeing sales dip in early 2020, owner Chris Gann used his existing suppliers in China to source bulk orders of masks. With about $900,000 in sales to North Carolina through early June, he said the state was his biggest buyer.

He acknowledged a learning curve for some of the masks, which have to meet regulatory specifications. But he was able to use his experience working with Chinese manufacturers to keep costs down.

"If someone is not familiar with importing, I can absolutely see getting taken advantage of," Gann said.

That's a concern for Robert Shaar, too.

"That's what I do 10 hours a day: on the phone, figuring out who's honest and who's dishonest," Shaar said. "The madness is rampant in this industry." 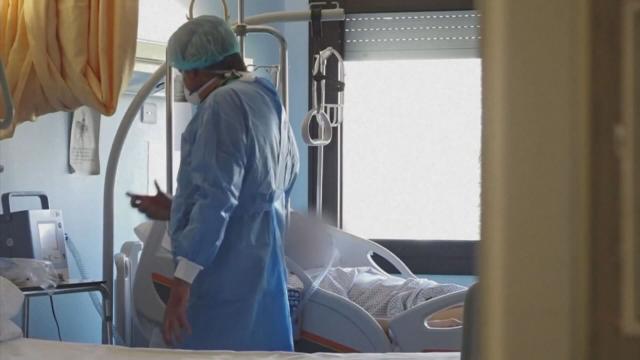 Although state officials have had to get creative to find the gear they need, North Carolina Emergency Management Director Mike Sprayberry said they've taken steps to weed out fraudulent suppliers and equipment.

"You can't just go out and buy with everybody," Sprayberry said in an interview this week.

By law, the state can't pay up front. Once equipment is actually delivered, he said a team of industrial hygienists from the state Department of Health and Human Services inspects the shipment to make sure they're getting what they pay for.

So far, he said, the process has been "darned effective."

It's also resulted in a lot of rejections. Emergency management spokesman Keith Acree said the state has canceled $218 million worth of orders to date that companies either couldn't deliver or failed to get past inspection.

Although shortages have started to stabilize somewhat, Handfield warns that, nationally, record numbers of new cases, reopening economies and mask requirements are going to put additional strain on the PPE supply chain.

That will mean more gaps to fill for companies in North Carolina and nationally.

Robert Shaar, who said he pooled his life savings into Optimal Sante to secure products, acknowledges the startup has done well despite the risk. But he said doing something about the shortage – not making a profit – is his motivation. That's why he said he regularly refuses orders that "don't pass the smell test" and donates part of each shipment to first responders, hospitals and other organizations.

"Has it turned into an opportunity? No doubt about it," Robert Shaar said. "But that's not how it started."

For her part, Fastenal's Brooke Mlsna said she's been encouraged to see more players in the marketplace. Even though the scramble for products in March has calmed somewhat, she said the company still isn't running at 100 percent capacity.

And with the virus still surging, she said even a company as large as hers could use the help.