How Tyson Foods Got 60,500 Workers to Get the Coronavirus Vaccine Quickly 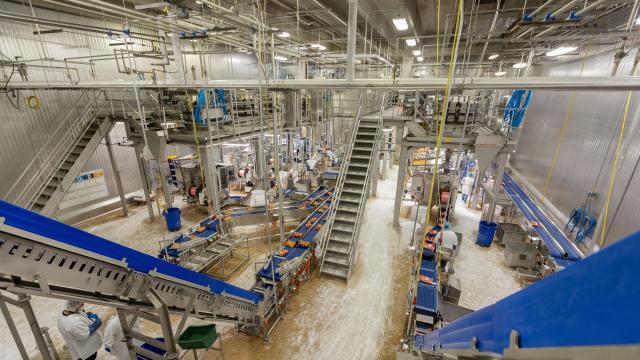 SPRINGDALE, Ark. — When Tyson, one of the world’s largest meatpacking companies, announced in early August that all of its 120,000 workers would need to be vaccinated against the coronavirus or lose their jobs, Diana Eike was angry. Eike, an administrative coordinator at the company, had resisted the vaccine, and not for religious or political reasons like many others here in her home state.

“It was just something personal,” she said.

Now, Eike is fully vaccinated, and she is relieved that Tyson made the decision for her. The company, she said, “took the burden off of me making the choice.”

Across the country, workers have reacted to vaccine mandates with a mix of emotions. Employer requirements are taking effect without major controversy in many areas. But in some cities, government workers have marched through the streets in protest, while others have quit. Numerous companies, fearing a wave of resignations, have hesitated on mandates, even as they struggled with new coronavirus outbreaks.

Tyson’s announcement that it would require vaccinations across its corporate offices, packing houses and poultry plants, many of which are situated in the South and Midwest where resistance to the vaccines is high, was arguably the boldest mandate in the corporate world.

“We made the decision to do the mandate, fully understanding that we were putting our business at risk,” Tyson CEO Donnie King said last week. “This was very painful to do.”

But it was also bad for business when Tyson had to shut facilities because of virus outbreaks. Since announcing the policy, roughly 60,500 employees have received the vaccine, and more than 96% of its workforce is vaccinated.

Tyson’s experience shows how vaccine mandates in the workplace can be persuasive. It comes as the Biden administration set a Jan. 4 deadline requiring vaccines — or weekly testing — at companies with 100 or more workers.

Tyson’s aggressive push on vaccines is a significant turn for a company that had been criticized early in the pandemic for failing to adequately protect workers in its plants. Its low-wage workers typically stand elbow-to-elbow to do the work of cutting, deboning and packing meat, making them particularly vulnerable to the airborne virus.

Tyson, like other large meatpackers, lobbied the Trump administration in 2020 to issue an executive order that essentially allowed plants to stay open despite rising infections. The move followed a warning from Tyson’s chairman, John Tyson, of a U.S. meat shortage, even as the company and other meatpackers were exporting more pork to China than before the pandemic, an investigation by The New York Times found.

A recent congressional report found that 151 Tyson employees died of the virus. The report said that at a plant in Amarillo, Texas, inspectors observed that many employees were working with “saturated” masks. At a pork plant in Waterloo, Iowa, as dozens of workers fell ill and three died, local officials, including the county sheriff, said the company initially refused their requests to shut down the plant in the spring of 2020.

And the vaccines brought a new tool to protect employees — while keeping the company’s plants open.

“This was a business decision,” Stuart Appelbaum, president of the Retail, Wholesale and Department Store Union, which represents thousands of workers at Tyson’s poultry plants, said of the mandate. “There isn’t enough of a supply of workers to take the place if a large number of workers are getting sick.” King began to consider a mandate during his July 4 vacation — “the worst vacation of my life,” he said — as the delta variant surged throughout the country. He was only a month into the job, having unexpectedly taken over in June as Tyson’s fifth chief executive in five years. King wears a red heart on his jacket inspired by the book “Love Works,” encouraging managers to “lead with love.”

Most corporate executives do not like to be first to take bold actions, or to do so without data to support them. Tyson rolled out the requirements when the handful of companies announcing mandates were focused largely on office workers — who were statistically more likely to be vaccinated than factory employees.

Upon his return from vacation, King convened the Tyson leadership team for two weeks of discussion. The company consulted with outside experts, including the Centers for Disease Control and Prevention, infectious disease specialists and emergency room professionals.

It modeled what vaccination rate it thought it could achieve and how many employees might quit.

By then, the company had been talking to its workers for the six months since vaccines first became available, trying to understand what made the nearly half of them who had not been vaccinated resistant to it.

“We already knew this vaccine was very polarizing in the community,” King said. “Part of it is religious, part of it is medical concerns — but part of it is, ‘I just simply don’t want you telling me what to do.’”

Tyson’s workforce is extraordinarily diverse: There are Burmese refugees, immigrants from the Pacific islands and many Black and Hispanic employees working across the company’s pork, beef and poultry plants. The company asked physicians serving specific ethnic communities to talk with employees in groups or individually about the safety of the vaccine.

At a plant in Camilla, Georgia, Dextrea Dennard, a member of the Retail, Wholesale Department Store Union, was initially upset that Tyson mandated vaccination.

“I felt like our rights were being violated,” she said. Dennard had seen the effect of the disease up close. Her brother had contracted the virus early in the pandemic and was on a ventilator for 30 days. A number of workers died at the plant where she worked, a 15-minute drive away in Albany, one of the early epicenters of the outbreak.

“In my community, you know, we have a lot of deaths,” Dennard said. “I thought about what my brother had went through and overcame — and I just felt like it was time for me to do what I needed to do, as far as for my daughter, who’s 10 years old, who can’t be vaccinated.”

Dennard decided to get vaccinated after talking with a physician the company brought in to discuss his time treating COVID-19 patients.

“And once I got it, a lot of my co-workers that was feeling kind of funny about it — they got it later,” she said.

Others never got the shot. Monday was the last day on the job for Calvin Miller, who worked in dry storage at a Tyson plant in Sedalia, Missouri, where the local vaccination rate is 46%. Miller, who worked for Tyson for 12 years, said he felt “betrayed” by the mandate.

“A lot of good workers and longtime workers lost their jobs because they didn’t trust the vaccine,” he said.

He is considering looking for a job in retail, even though it will not pay as much as the $17.20 an hour base rate he made at Tyson, he said. The complex in which the Sedalia plant operates is now 96% vaccinated.

The company said that “a very limited number” of employees have quit over the mandate. There are still roughly 4,000 unvaccinated U.S. workers employed by Tyson who were either granted religious or medical exemptions, or who were previously on unrelated leave. Some of those with exemptions were transferred to a position that allowed them to socially distance. Others were furloughed.

Six employees have sued Tyson, claiming it violated Tennessee law by placing workers granted such exemptions on unpaid leave. The case is pending.

King said he has received comments from workers in emails and text messages.

“I wanted to know what people were thinking,” he said. Some of the feedback was angry. “I’ve gotten a death threat posted on a bathroom wall in one of our plants,” he said.

To help make clear the mandate was about keeping workers safe, Tyson needed support from its largest unions, the Retail, Wholesale and Department Store Union and the United Food and Commercial Workers Union. In exchange for their backing, Tyson agreed to offer more benefits for all workers, like paid sick leave.

“People who run large corporate enterprises think in two areas: What’s best for my employees and what’s best for the company to keep going?” said William Schaffner, an infectious disease expert at Vanderbilt University. “And in this instance, the two mesh beautifully.” As the number of coronavirus cases and hospitalizations climbed over the summer, Eike, the administrative coordinator in Springdale, began to question her decision to not get vaccinated. Around the same time, King announced the company mandate, giving her no choice. After Eike got the vaccine, her adult son, who had suffered a traumatic brain injury that made him fearful of the shot, received one. She now thinks that, considering the stakes, her resistance had been “selfish.”

“I kind of beat myself up,” she said, “and think, why did it take somebody else to help me see that?” This article originally appeared in The New York Times.