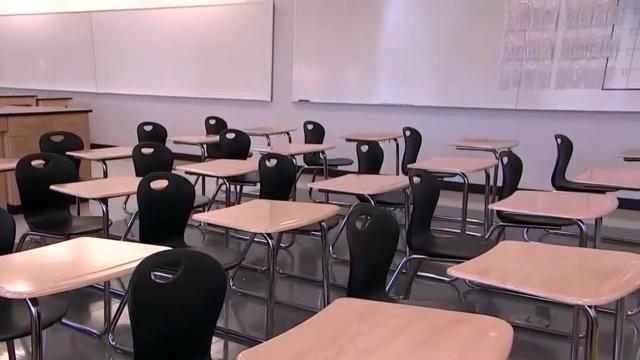 The $95.6 million in announced spending comes from an account set aside for the governor to divvy up out of a much larger outlay of federal coronavirus pandemic relief funding.

Republican lawmakers had asked the governor to tap the account for $600 bonuses payable to teachers and other school employees, including bus drivers and custodians, but the Cooper administration said repeatedly that the law doesn't allow him to spend it that way.

“Learning during a pandemic is an unprecedented challenge for students and staff, whether in the classroom or remotely," Cooper said in a news release. "This funding should help protect the physical and mental health at schools and help bridge the gap for students with unique learning needs."

The spending breaks down like this, according to Cooper's office:

The money comes from the Governor’s Emergency Education Relief Fund, or the GEER Fund. Cooper has until May of next year to allocate the funds, and recipients have until the end of September 2022 to spend them, the governor's office said.

Lawmakers approved $350 bonuses earlier this year for teachers – which they'll still get – as well as routine step increases for teachers in their first 15 years in the classroom. But leadership for the General Assembly's GOP majority said educators would have to forego the usual percentage raises this year because of the economic impacts of the pandemic, which are expected to cost the state billions of dollars in lost tax revenue.

The $350 across-the-board bonuses were funded, at least in part, out of money once earmarked for merit bonuses, which lawmakers said the state couldn't pay because the school year was cut short, leaving them without the end-of-year test results and other metrics that decide those bonuses.

The Governor's Office said well before the teacher pay measure passed that federal spending rules attached to pandemic relief funds prohibited him from doing that, but GOP lawmakers and their staff analysts disagreed.

"Section 18002 of the CARES Act says that GEER funds 'may be used to provide emergency support' to (school systems), postsecondary institutions or other education-related entities impacted by COVID," Cooper spokesman Ford Porter said in an email Wednesday. "While providing teachers and other educators with bonuses is important, across-the-board teacher bonuses would not qualify as 'emergency support.'"

Cooper's release Wednesday included a brief comment from state Superintendent of Public Instruction Mark Johnson, who is a Republican.

"We are grateful for this funding from the federal government and appreciate that so much of it will support our public school students," Johnson said.