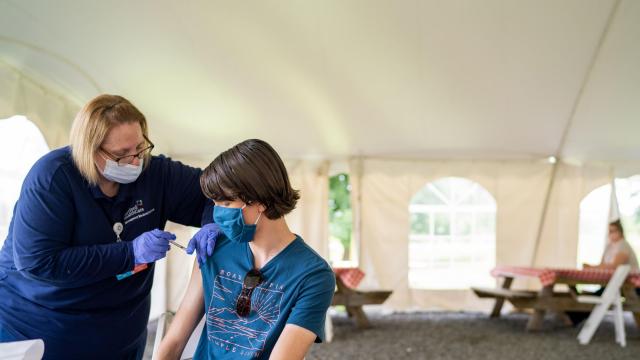 In one sense, the world got lucky with the new coronavirus. By sheer chance, scientists just happened to have spent years studying coronaviruses, developing exactly the tools needed to make COVID vaccines as soon as the virus’ genetic sequence was published.

But what will happen if the next pandemic comes from a virus that causes Lassa fever, or from the Sudan strain of Ebola, or from a Nipah virus?

Dr. Anthony Fauci, director of the National Institute of Allergy and Infectious Diseases, is promoting an ambitious and expensive plan to prepare for such nightmare scenarios. It would cost “a few billion dollars” a year, take five years for the first crop of results and engage a huge cadre of scientists, he said.

The idea is to make “prototype” vaccines to protect against viruses from about 20 families that might spark a new pandemic. Using research tools that proved successful for COVID-19, researchers would uncover the molecular structure of each virus, learn where antibodies must strike it and learn how to prod the body into making exactly those antibodies.

“If we get the funding, which I believe we will, it likely will start in 2022,” Fauci said, adding that he has been promoting the idea “in discussions with the White House and others.”

Dr. Francis Collins, director of the National Institutes of Health, also thought it likely that the necessary funds would be allocated, calling the project “compelling.”

“As we begin to contemplate a successful end to the COVID-19 pandemic, we must not shift back into complacency,” Collins said.

Much of the financial support would come from Fauci’s institute, but a project of this scope would require additional funds that would have to be allocated by Congress. This year’s budget for the infectious diseases institute is a little over $6 billion. Fauci did not specify how much additional money would be needed.

If surveillance networks detected a new virus spilling over from animals into people, the logic goes, scientists could stop it by immunizing people in the outbreak by quickly manufacturing the prototype vaccine. And if the virus spread before the world realized what was happening, the prototype vaccines could be deployed more widely.

“The name of the game would be to try and restrict spillovers to outbreaks,” said Dr. Dennis Burton, a vaccine researcher and chair of the department of immunology and microbiology at Scripps Research Institute.

The prototype vaccines project is the brainchild of Dr. Barney Graham, deputy director of the Vaccine Research Center at the National Institute of Allergy and Infectious Diseases. He presented the idea in February 2017 at a private meeting of institute directors.

Year after year, viruses had threatened to turn into pandemics, Graham said: the H1N1 swine flu in 2009, Chikungunya in 2012, MERS in 2013, Ebola in 2014, Zika in 2016. Each time, scientists scrambled to try to make a vaccine. Their only success was a partial one, with an Ebola vaccine that helped control the epidemic but would not work against other Ebola strains. The other epidemics waned before the vaccines could be made or tested.

“We were tired,” Graham said.

But researchers had new tools developed over the past decade that could make a big difference. They allowed scientists to view molecular structures of viruses, isolate antibodies that block the viruses and find out where they bind. The result was an ability to do “structure-based design” for new vaccines that target the pathogen more precisely.

When he heard Graham’s pitch in 2017, Fauci was inspired.

“It struck me and others in the executive committee as something that is really doable,” Fauci said.

Graham published a review paper outlining the proposal in Nature Immunology in 2018. But without the urgency of a threatening pandemic, his idea remained just that.

Now, though, many think the time has come.

The allergy and infectious diseases institute has created a spreadsheet for each of the 20 virus families showing what is known about each pathogen’s anatomy and vulnerabilities, said Dr. John Mascola, director of the Vaccine Research Center at the institute.

“For each virus family, we are in a different state of knowledge and vaccine development,” Mascola said.

Vaccines for Lassa fever and Nipah virus, for example, are in early stages. Vaccines for Chikungunya and Zika are further along.

The work to fill in the gaps in vaccine development would be done with research grants to academic scientists.

“There is a lot of enthusiasm” among academic researchers, said Dr. Barton Haynes, director of the Duke Human Vaccine Institute. Although the proposal is not well known among the general public, Fauci said he has discussed it in talks to scientific audiences.

That is what happened with the shots for COVID-19. The SARS (severe acute respiratory syndrome) and MERS (Middle East respiratory syndrome) epidemics led scientists to work on a coronavirus vaccine. That led to the discovery that coronaviruses use a spike protein to infect cells, but the spike changes shape readily and needs to be held in one position to be useful as a vaccine. That could be done, researchers discovered, with tiny molecular changes in the spike protein.

Days after the new coronavirus’ sequence was published, scientists had designed vaccines to fight it.

That, Fauci said, is what pandemic preparedness can do. He would like to have prototype vaccines for 10 out of the 20 virus families in the first five years of work.

“It would require pretty large sums of money,” Fauci acknowledged. “But after what we’ve been through, it’s not out of the question.” This article originally appeared in The New York Times.