Wilson, N.C. — A public Facebook group has garnered more than 16,000 members showing their support for Parker's Barbecue in Wilson.

The group was created Tuesday after a customer traveling from Asheville reported workers without masks at the popular restaurant over the weekend.

Robert Green was in the area attending his son's soccer tournament when he went to the restaurant to pick up food. 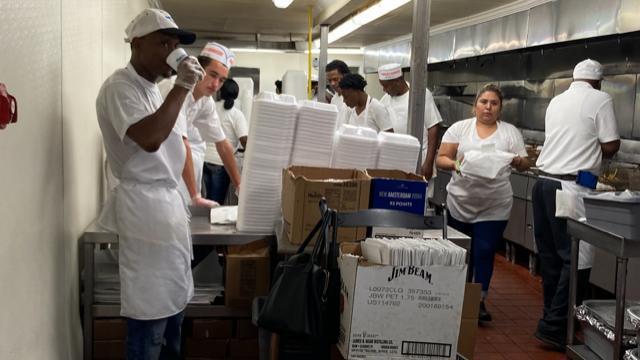 What he saw inside was a group of employees packed closely together behind the counter and in the kitchen without masks on.

"Let me put it this way, it was a horror show," he said. "There were a dozen people behind the counter in the kitchen area, very small kitchen area and none of them, not a one, was wearing a mask."

Wilson County Health Department officials said they are aware of the situation, but since the health department has nothing to do with enforcement they’ve turned this over to the Wilson Police Department.

Wilson Police told WRAL News that they have responded five separate times (twice in April, twice in August, once earlier in September due to lack of compliance), but they have not issued any citations.

Eric Lippard, one of the co-owners of the restaurants, told WRAL News that employees are subject to temperature checks before they enter work and that the restaurant has had no known cases of COVID-19 among its staff.

Dozens of posts fill the page pledging support for the restaurant. T-shirts are even for sale for $20.