Chapel Hill, N.C. — UNC-Chapel Hill is beginning to release part of its $17 million in emergency funding from the federal coronavirus relief bill for students who have been affected by the coronavirus outbreak.

The Coronavirus Aid, Relief and Economic Security Act, passed by Congress in late March, included relief funding for higher education institutions. UNC received more than $17 million from the bill, which allocates funds based on the number of Pell Grant recipients, a federal aid program for low-income students, and total full-time students at each institution.

Some students have criticized the administration's handling of the money. 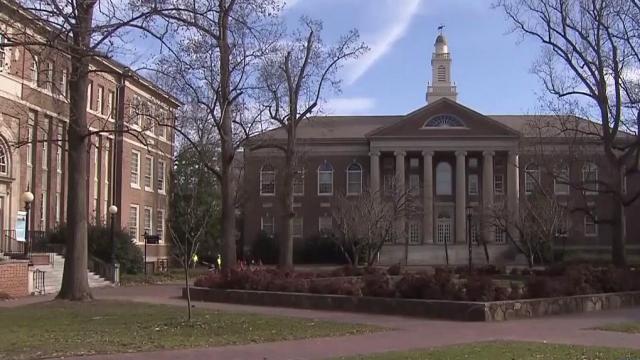 Nearly 1,200 students have signed a petition, asking UNC to change its plans for the CARES Act Funding. Those who depend on need based scholarships and grants believe they aren't getting the money they're owed.

Petition: Get UNC to change decision for CARES funding

Ankush Vij is a rising senior in the Carolina Covenant Program for low-income students.

"They basically said that I would have to exhaust all my loan options before they can give me any sort of exact funding," Vij added.

That's what he was told in March. Two months later, the university adjusted financial aid packages to include the emergency funding.

"They're basically adjusting need based aid to compensate for the amount of money that I'm going to get in the CARES Act. For me, I have to think... am I really getting the money I'm actually entitled to," said Vij.

"If your grants are reduced by $2,000 your CARES Act money should be at least $3,000," said Brian Keys, a senior who's researched the funding and spoke with university leaders about the distribution plans.

Many students are concerned about where the money is going and why it's taking so long to distribute.

In a statement, the university said, "While not every student with financial need will necessarily receive a CARES Act grant, our goal is to ensure there are sufficient university funds to meet the demonstrated financial needs of all students during this pandemic."

According to the statement, about half of the funds disbursed are federal CARES Act funds.

CARES Act grants are awarded directly to students for qualifying expenses such as food, housing, technology, childcare, medical needs and other expenses resulting from the disruption to campus.

Grant amounts vary by student and are unique to each student's circumstances. To comply with federal requirements, CARES Act funds are targeted to students who can demonstrate need through the FAFSA, using guidelines established by the United States Department of Education.

However, much of the need students have demonstrated is a result of loss of employment or income of one or both parents.

Because the federal government specifically prohibits the university from using CARES Act funding to replace such losses, the university has met these needs by identifying and using other funding sources.

The students WRAL News talked to believe the money should be separate from their financial aid packages.

With just a few weeks left to prepare for the semester, they said every dollar counts.

"We are college students and we obviously try to save up every penny that we can," Vij added.

According to the university, they've fulfilled 2,000 student requests, disbursing more than $2 million in CARES Act funds so far.

Students can also apply for other emergency aid on the university's COVID-19 Emergency Grant Funding webpage.

Vij also started a petition, along with his friends, to call on the university to cancel in-person classes all together.