Editorial: We are a nation of laws, not subjects of Trump 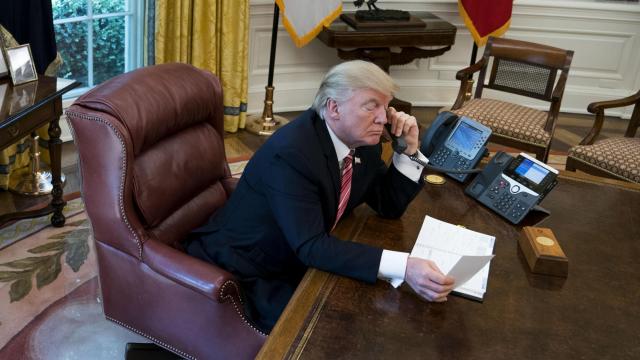 The U.S. Constitution’s directive for the U.S. Senate on Wednesday to affirm the results of the 2020 presidential election are simple and clear:

“The President of the Senate shall, in the presence of the Senate and House of Representatives, open all the certificates and the votes shall then be counted; -- The person having the greatest number of votes for President, shall be the President,” says the 12th Amendment.

But, to any rational person who listened to Donald Trump’s Saturday telephone call with the Georgia Secretary of State or is following the machinations of Texans U.S. Rep. Louie Gohmert or Sen. Ted Cruz, truth, fact and that plain language mean nothing when the nation is run by a mob boss and his “consigliere.”

Trump was blunt and direct. “Find 11,780 votes” he said to Brad Raffensberger or risk “criminal offense.”

Cruz is refusing to support certification of an election that Democrat Joe Biden factually won.

Gohmert wants Vice President Mike Pence to assume powers he doesn’t have to change the electoral college voting results. He’s gone to court, being met with only rejection, to claim that the vice president is more than “the glorified envelope-opener in chief.” He contends, regardless of the Constitution’s silence, the vice president has “weighty and prudential powers … which unequivocally entrusts to him all the prerogatives and rights to determine what electoral votes to count or to disregard.”

This is the same Louie Gomert who declared on March 15, 2016 – looking to block Merrick Garland’s nomination to the U.S. Supreme Court -- “the American people need to decide if they want to continue the onslaught on the plain language of the Constitution.”

The rules that will be used Wednesday by Congress for counting of electoral college votes will be the same as those used in the past.

Between 70% and 80% of Republicans don’t accept the election’s results. Fifty-two percent of Republicans contend Trump “rightfully won” the election and 68% say the election was “rigged.” A Pew survey last month found that among Republicans and those who lean Republican, 66% say Trump’s message that he won and that he is a victim of election fraud “has been completely or mostly right.”

A Quinnipiac poll revealed that 77% of registered Republican voters say there was “widespread voter fraud.”

All this based on the claims of a man who averages better than a dozen false claims daily. Trump’s disinformation storm hasn’t abated. He’s even started to claim – without a shred of evidence or fact -- the current Senate runoff election in Georgia “illegal and invalid.”

We are very seriously perplexed by the mesmerizing powers of President Trump – so potent that Gohmert, other Republicans in Congress and other public office holders along with most GOP voters -- abandon long-held convictions and suspend adherence to truth and reality.

North Carolina Republicans Madison Cawthorn and Ted Budd, who won election with the benefit of running in heavily GOP districts, say they’ll challenge the Electoral College results – again without evidence of any irregularities. CNN has reported there are at least 140 House Republicans ready to vote against counting the electoral college votes. The report did not list the specific house members. Cawthorn, Budd, Richard Hudson and David Rouzer have said they won't acknowledge Biden's win.

Earlier, six North Carolina Republican House members: Dan Bishop, Budd, Virginia Foxx, Hudson, Rouzer and Gregory Murphy, signed onto an effort to get the Supreme Court to toss out election results in Georgia, Michigan, Pennsylvania and Wisconsin. The court rejected the ploy. Even after an hour of browbeating by the president and his advisers last Saturday we can be thankful that Georgia election officials didn’t wither.

Last month, after the electors in the states affirmed Biden’s victory, North Carolina Republican Sen. Thom Tillis acknowledged on the Senate floor that Biden was, in fact, the winner. Burr has said he'll vote to uphold results showing Biden's the winner.

While Trump may garner support from those who see him as a vehicle for their positions and beliefs (opposition to abortion for example) that shouldn’t require suspension of reality nor acceptance of falsehoods.

It cannot be repeated enough. While there has been one of the most intensive investigations ever, there is NO evidence of widespread fraud. There is no evidence of any significant computer glitches or manipulations. The people the president had in charge of election security declared: “There is no evidence that any voting system deleted or lost votes, changed votes or was in any way compromised,” and it was “the most secure in American history.”

We are sure there won’t be a Republican representative or senator sitting in the Capitol Wednesday who, amid the baseless claims of election fraud, will give up their seat as result of those ill-gotten votes.

Affirming the election of Joe Biden as president and Kamala Harris as vice president isn’t acquiescence to their views. Expressing concern over a president’s habitual distortion of the truth is not partisan infidelity.

In America, loyalty to a political party is NOT fealty to a personality (Trump). We declared independence from, and fought a revolution, to get out from under royally divine rule and all that oppression 245 years ago.

What needs to happen is for North Carolina’s elected representatives – and the rest of those assembled -- to affirm the election results. They should raise their voices, publicly offer sincere and heartfelt thanks to the thousands of election workers and volunteers – especially those in this state. They made sure that more qualified voters than ever, amid the most challenging circumstances imaginable (a deadly pandemic combined with unprecedented intimidation), were able to cast ballots and have them properly counted.

They must display pride and confidence in the American voters who, quite literally, risked health and safety to turn out in record numbers and did their civic duty. Affirm the election results.