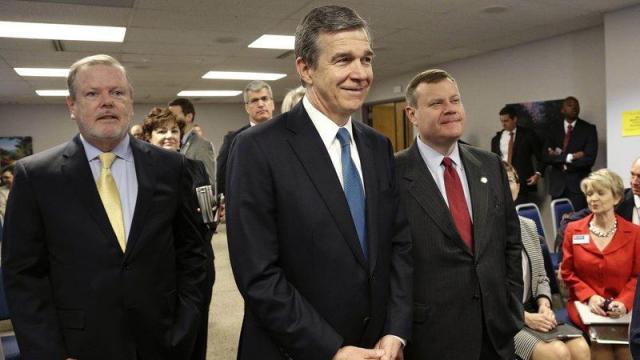 North Carolina’s Republican legislative leaders must be looking through rose-colored glasses. That is the only way Senate Leader Phil Berger, R-Rockingham and House Speaker Tim Moore, R-Cleveland, could see the “red wave” they claim.

The notion that winning a majority of seats in a still-gerrymandered legislature is a mandate doesn’t match reality. In the state House of Representatives, Democrats captured 49.3% of the votes – while they only won 52 (43%) of the 120 seats (see note below). All this in districts so lacking in competition that the winning margin in 77% of the seats exceeded 20 percentage points.

In the state Senate, where Democrats did pick up two additional seats, they still hold just 44% of the 50 Senate seats even though they captured 48% of the vote. Sixty-two percent of the state Senate contests had landslide victory margins exceeding 20 percentage points.

It is disingenuous to claim a mandate for their agenda of overly generous corporate tax cuts, unaccountable spending on private school vouchers at the expense of public schools and cold-hearted refusal to expand Medicaid to more than a half-million citizens who cannot afford health care – particularly during the worst pandemic in a century. The message was not one that commands the governor to accede to Berger and Moore’s agenda.

At best, the Republican legislators have no more of a claim to a mandate than does Gov. Roy Cooper – a Democrat who won a statewide race, nongerrymander-aided contest – receiving more than 2.8 million votes and a victory margin that exceeded ANY statewide candidate as well as combined totals in the General Assembly.

We hear a clear message from North Carolinians in their vote for governor. They want a government that meets the state’s needs with quality services and is striving for the best – whether that be schools, health services, economic opportunity or quality of life. They have had enough of the legislature’s wasteful, bargain-basement mediocracy. Being just OK, muddled and middling, isn’t good enough and doesn’t meet the expectations of the electorate.

This means that there needs to be an end to legislative leaders take-it or leave-it modus operandi. It is time for legislators to work WITH the governor and not uncompromisingly against him.

When the General Assembly convenes on Jan. 13, 2021, Berger and Moore should signal, in clear terms., they have abandoned their chintzy, cut-rate, run-of-the-mill expectations and they, too, want excellence for North Carolina.

They must demonstrate that they are willing to work with – not against – the governor to agree on:

There may be differences on HOW to implement these items – but there is no debate on the need.

The message from voters isn’t that they want a governor who rubber-stamps what the General Assembly sends. They don’t expect legislators who blindly accept any whim from the governor.

They rightly DO want legislators who don’t spend their time in useless partisan confrontation but engage in open and honest efforts to work with the governor to achieve the BEST for North Carolina.

NOTE: Total votes for Democratic candidates for the state House of Representatives has been updated to reflect most current reported voting results.