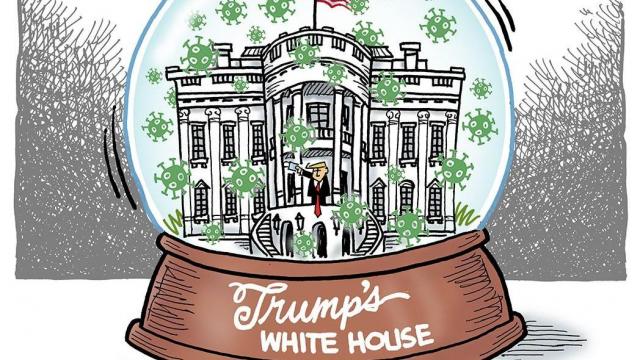 This morning the United States Senate will open hearings on its top priority. That confirmation of Amy Coney Barrett to the U.S. Supreme Court takes precedence over everything reflects just how oblivious the Senate is to the priorities, and more significantly needs of the American people.

If, and when, Barrett takes her seat on the high court it will be like Neil Gorsuch with an asterisk (*) beside her name. Gorsuch owes his seat to the Senate GOP leadership’s 10-month refusal to act on President Barack Obama’s nominee Merrick Garland. Barrett’s asterisk will signify that same Senate will likely confirm Trump’s nominee, even as voting is already underway during this election.

At the same time, the same Senate has had since May (five months) a House-passed bill to provide support to millions of Americans and businesses that have been suffering amid the economic devastation brought on by the COVID-19 pandemic. Late last week Senate Majority Leader Mitch McConnell said “it’s unlikely in the next three weeks” that there will be any formal discussion much less action on a relief package. “The first item of priority of the Senate is the Supreme Court.” 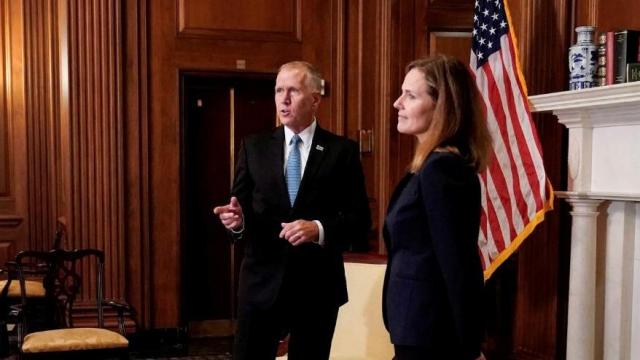 It is a position distinctly out of step with what Americans want. At least a dozen national surveys show a majority wants the winner of the 2020 presidential election to pick the next court justice, according to the political data website FiveThirtyEight.com.

The decision the Senate’s making now is not about legal knowledge or qualifications – Garland and Barrett both make that grade.

These confirmation hearings are about rushing to enshrine their own ideological agenda regardless of whether Americans support it or not. It is about making sure there’s another likely favorable justice on the court if Trump protests the outcome of the election.

What Americans will be witnessing amid what’s going on in Washington over the next few days is how DISCONNECTED the Senate is from their electorate.

Senators seek an end to legalized abortions while voters overwhelmingly back Roe v. Wade and don’t want it overturned.

They do not want to reinstitute the ban on sale of military assault style semi-automatic weapons that most voters favor.

They want to repeal Obamacare while clear majorities support it. And in North Carolina a substantial majority of voters back expanding Medicaid while the state legislature has imposed a ban.

With three weeks until the election, Congress isn’t dealing with the MOST pressing issues of looking after the health and welfare of those who put them in office. What of acting on the very real health concerns and access to care that the nation faces? What of the millions of workers who, because of the pandemic, have been out of work for months and struggle to keep families fed, housed and clothed – much less dealing with childcare and schooling children at home?

There’s no time for working Americans. But it is the “first item of priority” to rush the confirmation of a Supreme Court justice who, the current Senate majority believes, will help enshrine their narrow agenda for decades after they are long gone.

Voters in the nation and North Carolina need representatives who will make the nation’s needs and concerns their “first item of priority.”

*Note: Gorsuch was nominated after the U.S. Senate refused, for 10 months, to consider President Barack Obama's nomination of Merrick Garland to fill the vacancy left after the death of Justice Antonin Scalia.