Editorial: Sen. Berger should back the governor's plan 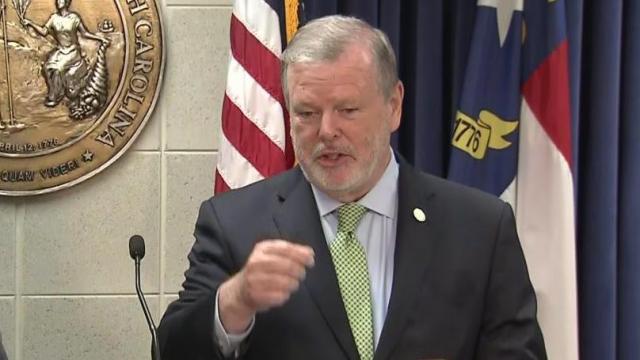 CBC Editorial: Monday, May 18, 2020; Editorial #8541
The following is the opinion of Capitol Broadcasting Company.

He’s got a fancy corner office on Jones Street in downtown Raleigh. He has a vast staff ready to leap to his every want and need. The government – and campaign contributors – pay for his living expenses. Reporters are at the ready to record and disseminate his every utterance. He can order millions in state spending.

With all those trappings, and more, we can understand why state Sen. Phil Berger is acting like North Carolina’s governor. But he isn’t. We have a governor and it is Roy Cooper.

Berger, by contrast, won election in his 4-county gerrymandered Senate district in 2018 – to be in charge of nothing but representing the constituents of Rockingham, Caswell, Stokes and Surry counties -- with slightly more than 43,000 votes.

But his unyielding efforts to usurp and undermine the efforts of Cooper – particularly in the governor’s efforts to confront the COVID-19 pandemic – are more than an intramural bureaucratic distraction. They threaten to slow the state’s progress to emerge from the pandemic and revitalize the state's economy. More significantly, he espouses demands that place the lives of North Carolinians at risk – including demands on religious observance that diverge with the guidance of some of the state’s largest denominations.

Even as federal District Court Judge James Dever granted a temporary injunction in favor of church’s constitutional challenge to Cooper’s order concerning religious gatherings, Berger should be joining Cooper in his basic point. People gathering to worship would be showing concern for others, and themselves, by following the “Recommendations to Promote Social Distancing and Reduce Transmission as much as possible, and they should circulate within the space so that there is no sustained contact between people. (Executive Order 138, Section 6A)”

In recent days Berger has taken to issuing releases telling (demanding?) the governor to give counties the power to prematurely open restaurants, barbershops and grooming salons. He says it is OK to advise religious congregations that it is OK to hold indoor worship services.

Berger’s reasoning? Other states, including those neighboring North Carolina are doing it?

Cooper has developed and articulated a plan for confronting the COVID-19 pandemic in North Carolina. He has set out clear steps and goals to be met, so various sectors of our economy and society can, when appropriate, reopen in a measured way. At least three recent statewide polls show North Carolina voters overwhelmingly back Cooper’s approach – including a very substantial portion of Republicans.

Meanwhile Berger, in an effort motivated for partisan political advantage by agitating his political base, looks to erect impediments and foment dissension to Cooper’s plans.

Since 2011 Berger has had a near singular focus on consolidating power for himself by any means available, enshrining a partisan political advantage. At nearly every turn, courts – or the voters – have rejected many of those efforts.

Now, it’s not just about winning political advantage. It is life and death. Real leaders have plans not merely slogans, disruptions and defiance.

It is past time for Berger to support the governor’s plan and help make it successful. If not, just get out of the way.