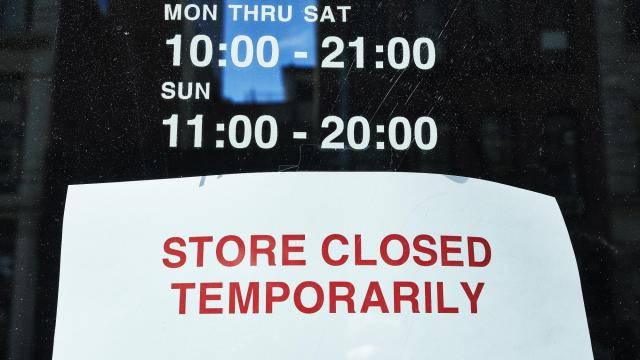 That lack of concern and preparedness has left nearly half a million hard working North Carolinians, who never dreamt of being out of a job, applying for unemployment benefits as a result of policy orders relating to the COVID-19 outbreak. They may be victims of a legislature that too often sought to comfort the wealthy at the expense of the state’s working families, children and the disadvantaged. The 2013 reforms to the state’s system, in reality “was an ideologically inspired effort to effectively eliminate unemployment insurance.” It appears to have been working. At the end of 2007 about 38 percent of North Carolina’s unemployed received unemployment insurance payments for as many as 26 weeks.  By the end of last year, that was down to 10 percent who received benefits for no more than 12 weeks.

During the first three months of this year – and most of that coming in the last three weeks – unemployment insurance claims were 7 times more than the same period a year ago – 304,807 compared to 39,219. Weekly claims so far this year have been greater than in 2008 with the start of the Great Recession.

Gov. Roy Cooper and his administration have made a sincere effort – without excuses or casting deserved blame elsewhere for any shortcomings -- to crank up a system that was made to handle a few thousand claims a week to one that is flooded with thousands a day. It hasn’t been easy with a late-to-the-game federal government. And it hasn’t been without problems – real ones that impact people who need help.

State Commerce Secretary Tony Copeland and the Cooper administration have, to the best of their ability, confronted the challenges; assessed the needs; and worked to address them as rapidly as possible. That is leadership.

State employment officials have scrambled to hire more people – 350 so far. They’ve contracted with call centers to handle the deluge of claims and added more servers to handle online processes to deal with what Cooper called an “overwhelming crush of claims.” Additional federal funds for the administration, approved in recent legislation, probably won’t be available until June.

Addressing administrative processes, however, will not fix the fundamental issue – North Carolina’s unemployment insurance benefits are less than they were a decade ago and fail to provide the help that is needed today.

They continued: “These citizens are rightfully anxious about their newly desperate circumstances.”

“We write to offer help and support,” they said, adding “but things need to improve quickly. We look to you and the Governor to lead.” The letter offers “help and support” and adds, “we welcome your feedback on what policy changes could be enacted into law to allow the Department to better deliver critical support.” What is most significant about the letter to Copeland – 11 of the 20 Republicans who signed the letter voted for the 2013 bill that slashed benefits to unemployed workers. They set the foundation for the troubles Copeland and Cooper are working to address.

We do however, welcome the senators’ letter at face value and their offer to work with the governor is encouraging. We hope they are talking. They might start with a state budget compromise. But they already know what needs to be done and the upcoming short session of the legislature is when they should do it.

This is simple – either you care about our unemployed and our uninsured, or you don’t.