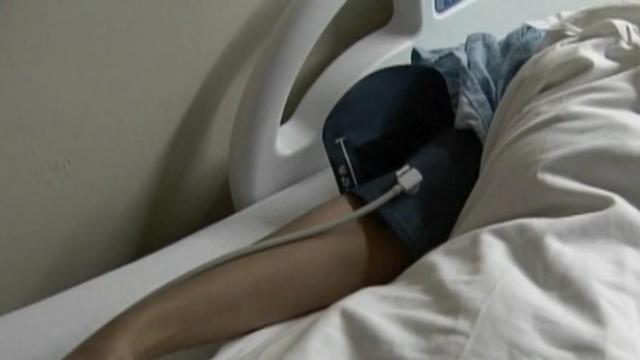 In the last 11 months, the General Assembly has gladly accepted billions in federal COVID-19 federal relief dollars to spend in North Carolina.

Yet, these same legislators refuse to accept a penny in federal money to expand Medicaid. That refusal, which has been unrelenting for the last eight years, has quite literally cost people their lives especially during this pandemic. It continues to prevent as many as 650,000 residents from accessing needed health care services.

It is inexplicable that reflexive partisan prejudice toward former President Barack Obama blocks the common-sense action that 39 other states – those dominated by Republicans and Democrats – have taken.

This isn’t a matter of affordability. The federal government picks up to 90 percent of the costs. The state’s major healthcare and hospital organizations have agreed to fund the rest.

There remain NO good reasons why the General Assembly bans expansion of Medicaid healthcare coverage.

It is becoming more and more likely that Congress will pass President Joe Biden’s American Rescue Plan. It will include a provision that will belittle even more, their hollow excuses for not enacting the expansion that 39 other states have already done. Even Arkansas, Louisiana and Kentucky (home of Senate GOP leader Mitch McConnell) have adopted and implemented Medicaid expansion.

The legislation will provide North Carolina, if it expands the Medicaid program, a 5 percent increase in the federal contribution for both the existing Medicaid program along with expansion for two-years. Those funds would be on top of the additional 6.2 percent increase in the federal contribution to Medicaid costs the state already gets through the Coronavirus Aid, Relief, and Economic Security (CARES) Act payable until the health emergency declaration concludes.

During a nationwide crisis now nearly a decade in the past the president and congress recognized an important unmet need that would help hundreds of thousands of North Carolinians. The need remains unmet, the millions in federal funds remain available.

Yet a handful of powerful legislators, who for no other reason than to demonstrate reflexive partisan might, deny helping fellow North Carolinians have access to a most basic need and literally life-saving service.

The need for all to be able to access healthcare services is immediate. It is real.

The legislature hasn’t been hesitant to quickly spend the billions that have come the state’s way in coronavirus-related relief.

It has refused to act on Medicaid expansion for too long. Any further delay is intolerable and inexcusable. Expand Medicaid now.

*Opting Out Of Medicaid Expansion: The Health and Financial Impacts, Health Affairs Blog
** The Economic and Employment Costs of Not Expanding Medicaid in N.C., Center for Health Policy Research, The George Washington University, Dec. 2014