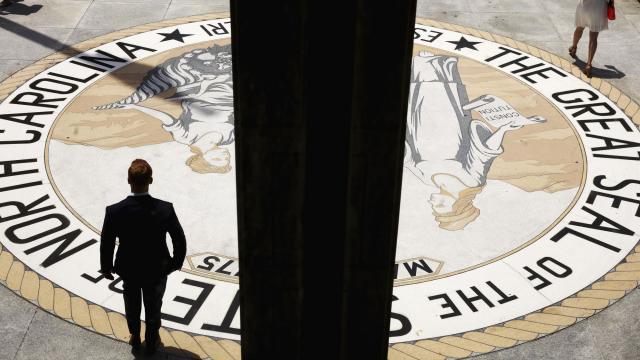 In mid-May, as the COVID pandemic-related financial challenges hundreds of thousands of North Carolinians were about to face came into focus, the state House of Representatives passed without a dissenting vote, a bill to protect consumers from debt settlement companies. These companies exploited a couple of loopholes in current state law that otherwise prohibit such practices. They particularly target over-extended borrowers such as those in the military services as well as those who, because of unexpected health care costs, overextend their consumer credit and need debt relief.

Days after the legislation was filed, settlement companies engaged at least nine lobbyists – most with deep ties to Republican legislators or the state GOP -- to fight the bill. And it’s working.

The bill has been on a legislative treadmill in the Senate with no vote in site. It’s been a twisted path where legislation often flies from introduction to full vote is mere hours. Since the bill arrived two months ago it has gone from the Senate’s Rules Committee to the Finance Committee; back to the Rules Committee and then to the Judiciary Committee; then back to the Rules Committee and on to the Judiciary Committee again. Curiously, as it has moved from committee to committee receiving favorable backing along the way, not a single word has changed from the version received from the House.

It is not a big stretch to suspect this seeming intense scrutiny is less about thoroughness than it is about keeping the bill in limbo as the Senate’s GOP leadership maneuvers for campaign cash in a very competitive election year.

What these companies promise is to work with creditors reducing credit card and other consumer debts. Consumers make payments directly to them. Many times the consumers lured into these deals are current with their payments – but just want to cut the amounts due.

These firms fail to disclose that many creditors don’t offer such settlements. The consumers aren’t informed until the credit companies file legal action for non-payment. These settlement companies then come around – after putting these consumers into their desperate situation – and offer them debt consolidation loans as the only way to pay off defaulted debt and avoid creditor lawsuits. The new interest rates offered are inflated to more than 25%.

Those in the military service have been traditional targets of these scammers. So, it is no surprise that Col. Nicholas E. Davis, Marine Camp Lejeune’s chief of staff, last week asked legislators to pass the bill banning settlement companies because they particularly prey on armed services personnel and their families.

Davis, in a letter to legislators, said these settlement companies “pursue vulnerable borrowers which can include service members and their dependents. Some of these abusive practices fail to reduce debt obligations and leave borrowers in worse conditions with loans in default, tax bills and creditor lawsuits and judgments.” He noted that the armed services offer “excellent, free services … through service relief societies, military financial counselors and the minimal cost services provided by non-profit counsellors.”

Michael Lord, President and CEO of the State Employee’s Credit Union – the second largest credit union in the nation – also called for passage of the bill. “You have an opportunity to protect North Carolinians from unscrupulous tactics which prey on the most vulnerable,” he said. You will help assure that individuals are treated fairly and honestly when seeking debt settlement services and put in safeguards to stop the practices where services offered under the guise of a way out of debt don’t trick people into worse circumstances and greater harms.”

So, Senate Leader Phil Berger – where do you stand?

With the dedicated and brave women and men of the Marines and other armed forces?·
With the hard-working classroom teachers, prison guards, health care workers and others essential state service providers?

Or with deep-pocketed special interests?