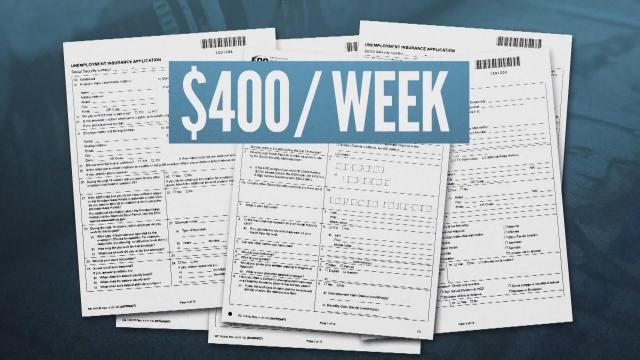 Congress – most particularly the U.S. Senate – has failed to act to provide much needed help to North Carolina and the nation’s millions of COVID-19 pandemic-forced unemployed. What the unemployed in the states are left with is a 50% cut in the federal benefits as set out in the executive order President Donald Trump offered.

But, in these most desperate days, the possibility of something is better than nothing.

That’s why it is appropriate that Gov. Roy Cooper’s office is taking the steps necessary to accept the extended unemployment benefits Trump included in his directives when Congress failed to act.

Legislative leaders, House Speaker Tim Moore and Sen. Phil Berger, have pledged a vote on the required state share to add $100 to the federally-funded $300 a week to some of the state’s unemployed.

North Carolina will be joining 19 other states that have either been approved or have submitted applications for the funds.

What remains uncertain is when the state might receive the funds, just who among the state’s 863,000 approved unemployed claimants will be eligible for the benefits and how long they will last. Even White House officials have not been able to provide specific details. Trump’s plan adds a significant bureaucratic burden on state unemployment agencies to deal with new qualification rules and it is possible the additional funding may run out in as few as three weeks.

All of which leaves way too many questions at a time when North Carolinians need answers to feed their families, keep them safe and sheltered as well as pay for health care that may be needed – a real concern in a pandemic.

The $600-a-week additional federal unemployment assistance was far more than help for the unemployed. This was money that saved the nation from economic collapse, keeping businesses open and people on the job.

It was May when the House of Representatives passed its version of a bill to extend and expand aid to help workers and businesses along with state and local government. Since that time there has never been a bill offered up on the floor of the Senate for debate and votes. Sen. Richard Burr; Sen. Thom Tillis – where do you stand. News releases won’t cut it.

This is basic. In Congress, one house passes a bill then the other chamber takes up the issue and passes its version. The two chambers then hash out the differences and present it to the president to accept or reject.

But here, the Senate’s checked out. U.S. Senate Leader Mitch McConnell forbids any debate and vote. He’s absolved the Senate of any responsibility and handed everything over to the White House.

As a result, the needs and concerns of the American people are ignored amid presidential posturing.

It is fine that Berger and Moore say they’ll get the needed state match for the additional unemployment funds. But that’s just window dressing. It is past time they gave the state’s workers a reasonable unemployment system that matches those typically offered in other states when the need arises. Weekly average benefits are now $223 and should at least be the national average of $320. The duration of payments should be extended from the fewest in the nation – 12 weeks to the more typical 26.

What really is needed is for Burr, Tillis and their fellow senators to pass a reasonable assistance program that would continue the $600-per-week additional emergency federal unemployment assistance.

At a time when citizens need responsiveness, assurance and certainty from their leaders they are being ignored.

Trump offers an inadequate stop-gap plan. North Carolinians and the country need the missing-in-action Senate to do the job and pass an additional CARES act.