Editorial: Help North Carolina get back to work 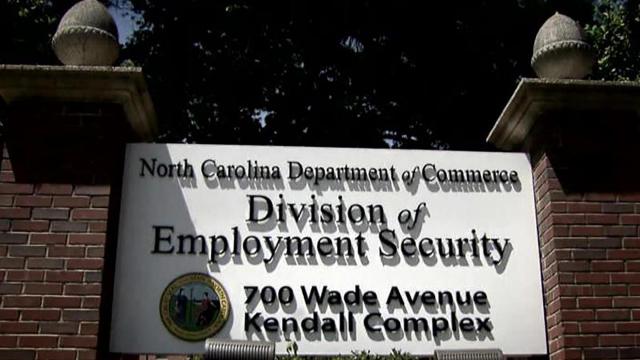 At the end of July an average weekly injection of about $200 million will disappear from North Carolina’s economy.

This is a BIG deal. Why hasn’t this been topic #1 at the General Assembly? It should be as big a concern as bars having to pay their liquor license fees, opening bar-bell boutiques or arming worshippers at church services.

That $200 million is the additional $600 per week going to North Carolina’s unemployed that Congress approved back in March. That’s been $800 million a month -- more than $2.8 billion since payments began, injected into the state’s economy paying mortgages, rent, utilities, groceries, health care, credit card balances and more. Even with these added funds, more and more residents still are facing foreclosures and once a moratorium ends – evictions and utility cutoffs. Without these funds, it could become a pandemic of poverty.

It is money that keeps others on the job – processing and preparing food sold at supermarkets and for restaurant take-out; getting fuel to gas stations; and providing other essential services.

It is money that keeps families in their homes, puts food on the table and better positions workers to return to jobs – or find new ones – when the COVID-19 pandemic is under control and public safety assured.

In North Carolina, which is branded as the “worst state to be unemployed (in),” this money has been especially critical. After making it through the antiquated and aggravating application process, those who do qualify receive the lowest benefits for the shortest time in the nation. Without the boost from the federal CARES Act, the maximum number of weeks the state’s unemployed can collect benefits is 12 while most other states offer 26 weeks. And payments are less – over the last decade the portion of a worker’s salary replaced dropped from 53% to 38%.

The federal legislation, coupled with the high unemployment rate, extends those 12-week payments at least another 22 weeks. Remember, a year ago North Carolina’s unemployment rate was 4%. It is now 12.9% -- the highest since 1976 with 663,000 fewer workers on the job than a year ago.

Still, come the end of July the average weekly unemployment benefit being paid to the 777,000 qualified claimants will go from $877 to $277

In Congress, the House-passed “Heroes Act” extends the $600 weekly federal benefit through January 2021. But there are those in Washington who reject, out of hand, continuing the payment. It is, they contend, a disincentive for people to go back to work. Senate leader Mitch McConnell, R-Kentucky, says the extension will not be a part of the Senate’s version of the legislation.

Economists say that’s short-sighted. “There will be a huge drop in income when those benefits expire at the end of this month that will weigh on consumer spending and slow the recovery,” Gus Faucher, senior economist with PNC Financial Services Corp, recently told the Winston-Salem Journal. “So, I think some sort of extension of the expanded unemployment insurance benefits beyond July 31 would be good for those workers, but also for the economic recovery.”

That is advice that North Carolina’s two senators, Richard Burr and Thom Tillis should both take to heart and take to the Senate’s leadership. They need to speak up and support extension of the $600 weekly benefit.

It is no point of pride to be worst-in-the-nation for unemployment benefits. It doesn’t take much more than simply the will to do the right thing to fix it.

The General Assembly needs to stop its obsession with corporate tax rate cuts and do something to help North Carolina’s workforce. Increase the average unemployment benefit to the national average and increase the duration of payments to 26 weeks.

The pandemic is not over. We have a long way to go and still much work to do.