Editorial: Going to school shouldn't be life risking. Common sense, not politics, is the remedy 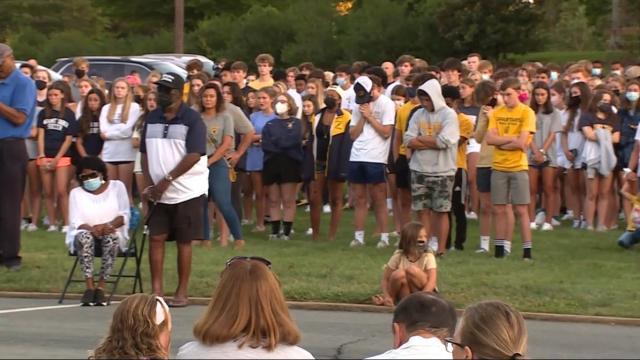 North Carolina students are headed back to school but they and their teachers are risking their lives in classrooms and hallways.

Gun violence and inexplicable resistance to basic health precautions are putting our children and school workers in jeopardy. It doesn’t need, and shouldn’t, be this way.

At the same time, our public schools have been mired in controversy over taking basic safety precautions to prevent the spread of the deadly COVID-19 virus. How deadly? A Cumberland County middle school teacher died last week. At least 22 North Carolina school workers – teachers and staff – have suffered COVID-related deaths since the pandemic took hold.

Last week state health officials reported there were 170 ongoing COVID-19 clusters in K-12 schools or childcare services. Union County Public Schools, where the school board just last week rejected any safety mask requirements, reported about one in 8 of the district’s students – 5,000 of the 41,500 children enrolled, were under quarantine.

As guns were being found in public schools and students were being shot, North Carolina’s lieutenant governor was complaining that Gov. Roy Cooper’s veto of legislation to end state background checks before pistol purchases (a small effort to keep guns out of the hands of those who legally shouldn’t have them) was just a “partisan game” and an “assault on Second Amendment rights.” Robinson has been a spokesman for the National Rifle Association and recently was prominently featured in a video recruiting NRA membership.

North Carolina’s legislative leaders need to wake up to the realization that what they may see as a political game – and appealing to a narrow partisan base – has consequences.

Failure to be serious about firearms safety does matter. North Carolina teenagers are buying guns on the internet.

Legislative leaders need to stand up for the safety and health of everyone in the state. Mandate COVID vaccines for all students and school personnel. This is nothing new. Vaccinations have been state health policy for 82 years.

Vaccines are patriotic. George Washington ordered soldiers in the Continental Army to be vaccinated against smallpox.

Politics is no game and the consequences for making it one are, as we’ve seen in the first few days of the new school year, life and death.

The governor’s veto of legislation to do away with state background checks for pistol purchase is no attack on the Second Amendment – it is a small effort toward keeping guns out of the hands of those who present a real public danger. Back the veto.

Schools should be places where public health and safety are a top priority. Legislative leaders need to stand up and support safety mask mandates, rather than look for ways to stifle these policies. In fact, they need to go further and support mandated vaccinations for ALL eligible students and school personnel.

The security and well-being of North Carolina needs to be their top priority.