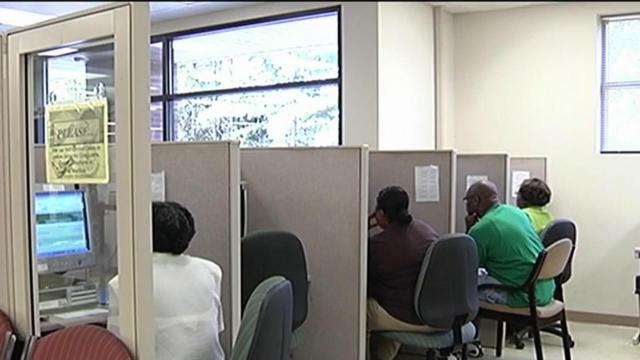 CBC Editorial: Friday, May 1, 2020; Editorial #8536
The following is the opinion of Capitol Broadcasting Company.

In the best of times, unemployment benefits are not of much concern to most people. That’s a good thing, sort of.

When unemployment is, as it has been in North Carolina for several years, well below 5 percent, there’s little pressure on the system. With good job growth and if all goes as intended, people who need to use unemployment benefits will connect to new opportunities before those benefits run out – even considering the nation’s shortest period that North Carolina offers.

There are key provisions in North Carolina’s unemployment laws that work against the protection of workers and must be changed now. If not tens of thousands of workers who suddenly, in the last six weeks, have been forced from their jobs will run out of benefits and leave themselves and their families without anywhere else to turn.

THE FACTS
Minus any of the recently-enacted ands time-limited special federal help, North Carolina law provides:

The state’s scale, that can be adjusted every six months, provides steps to increase the number of weeks benefits are paid based on the seasonally adjusted unemployment rate – 12 weeks for a rate up to 5.5% scaling up to 20 weeks if the rate exceeds 9%. The chart in state law appears straight forward. It seems simple, but it isn’t.

A look at the fine print in the law, says any change in the number of weeks for benefits to be paid will be based on “the average of the seasonally adjusted unemployment rates for the state for the preceding months of January, February and March” for the change that would be made on July 1. With that standard, state law allows for NO change in the number of weeks benefits are paid.

So, thanks to the clever bill authors in 2013, even though there’s likely to continue to be high unemployment rates – it won’t be until January 2021 that there’s any hope of increasing the number of weeks benefits are offered.

Relying upon the federally-funded extension – an additional $600 per week through July and an extra 13 weeks of benefits until the end of the year – still leaves North Carolina workers short changed. They still will receive less money and for a shorter period of time than workers in nearly every other state.

These people who are out of work are the backbone of North Carolina’s economy. Their hard work has made our state prosper. This is the least they are due.

Legislators need to adopt these three simple changes to state law and demonstrate the respect owed to hundreds of thousands of North Carolina workers.