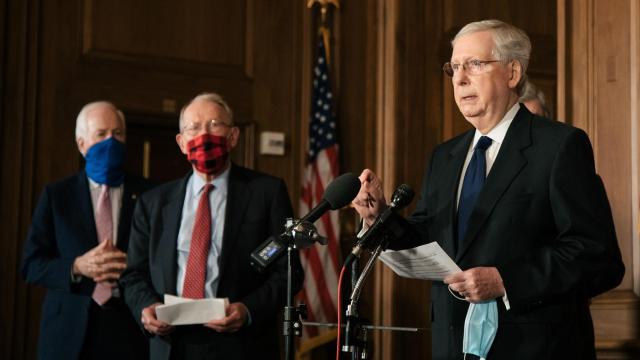 This week more than 825,000 North Carolinians will see their unemployment benefits evaporate from an average $877 to just $277. This week landlords will demand rent. Lenders want mortgage payments. Monthly utility bills must be paid.

This week marks the end of state-ordered moratoriums on evictions and utility cutoffs for nonpayment.

In days, how many of those 825,000 will be without roofs over their families’ heads? How many will face temperatures near 100 without utilities?

In the U.S. Senate, where help should be on the way, North Carolina’s Sens. Richard Burr and Thom Tillis have not acted. Why don’t we hear their voices? Why aren’t they demanding action, a Senate bill, or even a vote on the plan the U.S. House delivered two months ago?

There are those – leaders of the General Assembly and some employers maybe – who say the additional unemployment payments are keeping some workers from going back to jobs. They need to consider this:

The $600-a-week special pandemic unemployment relief wasn’t a random amount. It comes to $15 an hour for a 40-hour work week. The minimum wage in North Carolina is a pitiful $7.25 an hour – the same as it was in 2009. To have the same meager buying power as 11 years ago, the minimum wage now would need to be at least $8.85. There is no good reason for a minimum wage that isn’t enough to keep a family of four out of poverty.

The latest pandemic aid bill passed TWO MONTHS AGO by the U.S. House of Representatives continues the $600-a-week payment, President Donald Trump and the Republicans who control the Senate late Monday afternoon presented their package. The GOP leadership is dropping it to $200 and no unemployed worker could receive more than 70% of their previous pay. Former North Carolina congressman and now Trump Chief of Staff Mark Meadows says the reduced benefits to workers will be made up in increased tax breaks for employers and lawsuit protections for schools and businesses. Say what?

Let’s get real. Being out of work, particularly today, is not a choice.

This is money that has been keeping food on families’ tables; roofs over their heads and paying utility bills on scorching 100-plus-degree days. It is money spent on basics that isn’t just sustaining the unemployed families, it is being spent at grocery stores, for health care and other basics. It is going back into an economy that keeps consumer demand for products, pays essential workers and even local and state taxes.

The costs of dealing with the turmoil of homeless families and the related issues of healthcare; childcare and nutrition will far exceed the temporary continuation of the current $600 a week to those who cannot return to work. This isn’t fancy monetary policy. It isn’t complicated economic theory. It is basic concern for hard working North Carolinians who through no fault of their own find themselves at the edge of economic collapse.

North Carolina’s senators, Tillis and Burr, continue to be largely silent on any proposals that will help sustain workers through this economic and public health emergency. Tillis last week released at 13-page “Plan of action” he says will protect North Carolinians, defeat COVID-19 and return us to normalcy. Nowhere in his plan does he offer a specific about how to help keep out-of-job workers economically afloat. Nowhere does he offer a specific on financial resources he’ll provide.

Ending the $600 benefit for 30 million Americans is a colossal mistake that will devastate families and cause even more economic havoc.