Editorial: Compromise not confrontation gets action on broadband expansion 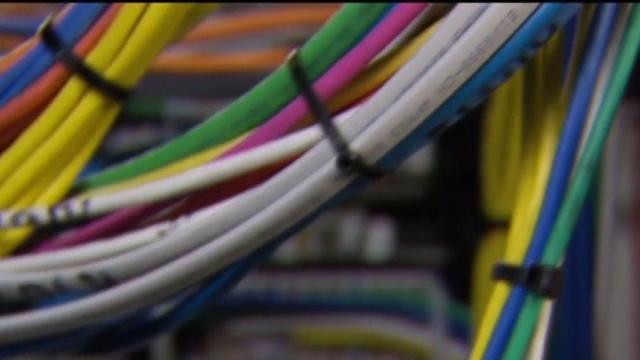 North Carolina is a decade behind where it might otherwise be in expanding high-speed broadband service to every corner of the state. It is past time for our state’s leaders to unite and alleviate the absence of such a basic utility – as necessary to 21st century life as telephones and electricity became in the last century -- for vast areas of the state.

It is a self-inflicted delay -- an ill-considered 2011 law pushed by the big broadband providers to protect their exclusive franchises at the expense of connectivity in low income and rural areas of the state. Community-owned broadband networks were blocked from expanding beyond their specific service areas. Rural municipalities and counties faced major impediments that blocked them from even considering starting a public broadband network to solve pervasive access and connectivity problems in their communities. (2011 HB 129)

A significant result of the pandemic is undeniable revelation of how vast the real-life problems and disadvantages are to not having accessible and affordable highspeed connectivity in every corner of our state. It has an impact on every business – big corporations, mom-and-pop shops and farms as well as in every home.

The partisan bickering and efforts to appease big business have subsided into recognition to get something done. But even that has been a challenge. The $30 million in federal CARE Act funds the state thought it could spend on expanding rural broadband – really just a token of the amount needed for such a massive infrastructure effort – may not be available.

Gov. Roy Cooper’s budget office said there is a good chance that rules from President Donald Trump’s administration won’t allow the money to be spent. Cooper doesn’t want a project to be started and then face suspension should the feds say the spending isn’t appropriate and demand the money back.

Several state Senate Republicans were contending that Cooper was “quietly ripping this money and broadband from the hands of rural North Carolinians.” They worried the money, which the law says must be used by Dec. 30, will disappear.

Until Thursday, it all seemed to be more of a case where folks who agree simply can’t get beyond their reflexive need to argue.

Amazingly, they came to the not-so-astonishing recognition they were on the same side. For the moment they stopped the pointless bickering and reached an obvious solution.

The legislators, eager for $30 million to be spent, and Cooper have agreed that Cooper’s budget office will proceed with review of broadband applications from providers and prepare grant contracts – avoiding delays. The legislature will then vote on a bill early next year to appropriate the newly freed up $30 million from the General Fund to the GREAT program.

Meanwhile Cooper will use authority he already has to redirect the $30 million previously reserved for the broadband projects to other eligible spending for which state funds would have been used.

Now, it would be even better if these same legislators could recognize that the $30 million is hardly a token down-payment on the state’s dire needs for broadband for rural and low-income areas.

They should back Cooper’s call for a bond issue that includes $250 million for the extension of high-speed internet access in underserved areas of the state. There is no better time, with record-low interest rates, to make this kind of investment. It is the prudent and right thing to do.

Stop arguing over what you agree on. Get the job done. Expand highspeed broadband so every North Carolinian has easy and affordable access to this most basic 21st century utility.