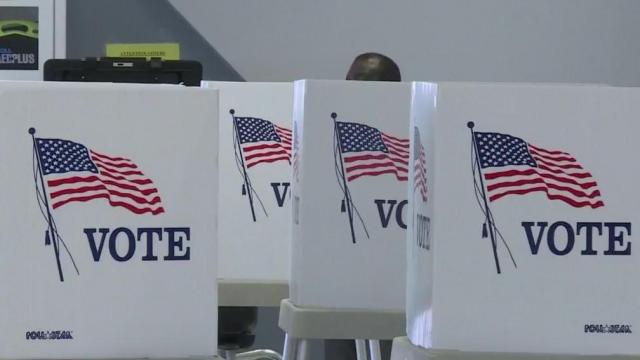 Raleigh, N.C. — The demands of the approaching U.S. presidential race may not be enough to spare county elections boards from broader budget cuts prompted by the global COVID-19 pandemic.

Officials in multiple counties have told their local elections officials to find ways to reduce spending for the upcoming budget cycle, which begins July 1. Such cuts could impact preparations for the 2020 general election, as well as increased precautionary measures to ensure voters' safety at the polls.

But state and county officials say they're hopeful an infusion of federal grants, as well as matching funds from the legislature, will offset cuts at the local agencies responsible for conducting elections.

State Board of Elections Director Karen Brinson Bell said several local boards have already noted that they expect at least some budget reductions as county commissioners finalize budgets in the coming weeks. That includes Chowan County, whose elections officials were asked to make a 10 percent cut.

Out of a $128,000 budget, Chowan County Elections Director Terry Meyers said the dollar value of a cut like that might not sound like much. But it could have an impact on the number of workers at the polls in November.

"It means we're going to have to cut bodies out on Election Day if we have a regular election," he said.

in an interview Thursday, Meyers said he's already identified options that may blunt the impact of the cuts, including delaying board members' attendance to a state training conference required by law.

In Wake County, County Manager David Ellis asked his department heads to identify a 7 percent cut. Ellis said in an emailed statement Wednesday that the county will release more details ahead of a budget update to commissioners Monday.

Gary Sims, director of the Wake Board of Elections, said he's in the process of looking for those cuts in his own department now.

"You have to look at everything in its totality, to tell you the truth. We're in unprecedented times right now," Sims said. "It doesn't matter if it's our department or emergency services or the animal shelter, everybody's got to look at what they can do and tighten down as much as possible."

Speaking before members of a House committee dealing with North Carolina's COVID-19 response Tuesday, Brinson Bell said running an election amid a pandemic will require a laundry list of legislative changes. Her proposals included expanded options for mail-in ballots, an Election Day holiday and more flexibility for early voting.

The state will also have to put up its own money – $4.5 million in all – to meet the match requirement for federal grants from the Help America Vote Act and the COVID-19-specific CARES Act.

Combined, the two programs would add $22.5 million in federal grants that state and county elections officials can use for everything from equipment upgrades and cleaning supplies to expanded early and mail-in voting.

That money will be especially important this year, Brinson Bell said, because counties are facing the prospect of a more expensive election.

The state board is also anticipating absentee voting by mail to grow considerably in 2020 – from around 5 percent of the vote in previous elections to more than 30 percent. That means more supples, postage and other costs that add onto already increased demand during a presidential election.

Brinson Bell said the board is still trying to assess whether funding from state and federal sources will be enough. But she thinks the grants and legislative proposals can both "make the dollars go very far" toward offsetting local cuts.

"We need to put a tourniquet on it so we can deliver the elections that are necessary in a manner our citizens need and deserve," Brinson Bell said.

Not all counties have seen specific requests to cut elections budgets – at least not yet.

"I don't feel like I'm going to have any issues with the elections part of it," Kearney said. "Nash County's been pretty good with supporting the board of elections."

In Johnston County, Board of Elections Director Leigh Anne Price said she hasn't been asked to cut costs.

And with fewer races on the ballot in 2020, Durham County Elections Director Derek Bowens said his budget for the coming cycle is already 11 percent smaller than last year. So far, he's had no conversations with county leaders about potential cuts.

"Usually, we're the last department asked when it's time for reductions," Bowens said.