Coronavirus in NC: Live updates for May 24, 2020: People enjoy eating out again 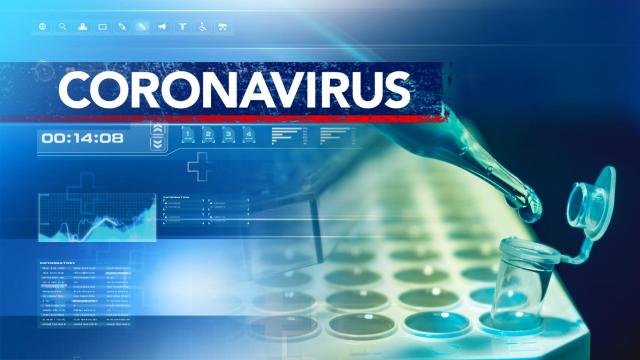 Raleigh, N.C. — Here are the latest updates on the coronavirus from North Carolina and across the globe showing the pandemic’s impact on health, jobs, schools and more:

At least 23,285 people in North Carolina have tested positive for the coronavirus, at least 770 people have died and another 570 or so remain in the hospital. State officials estimate 11,637 people have recovered from COVID-19, the illness associated with the virus.

11:40 p.m.: Experts on a special government panel have approved a plan to remove a coronavirus state of emergency from Tokyo and four other remaining prefectures, paving the way for Prime Minister Shinzo Abe to declare entirely ending the measure to allow businesses to gradually resume.

Economy Minister Yasutoshi Nishimura told reporters that experts on a government-commissioned panel approved the plan to end the state of emergency that has lasted for more than a month and a half.

11 p.m.: Virginia Gov. Ralph Northam has repeatedly urged residents to cover their faces in public during the COVID-19 pandemic, but the Democrat didn’t heed his own plea when he posed mask-less for photographs alongside residents during a weekend beach visit.

A spokeswoman for the governor’s office said Sunday that Northam should have brought a face mask with him during his visit on Saturday to the Virginia Beach Oceanfront, news outlets reported. “He was outside yesterday and not expecting to be within six feet of anyone,” Northam spokesman Alena Yarmosky said in a statement. “This is an important reminder to always have face coverings in case situations change — we are all learning how to operate in this new normal, and it’s important to be prepared.”

9 p.m.: The Memorial Day weekend marking the unofficial start of summer in the U.S. meant big crowds at beaches and warnings from authorities Sunday about people disregarding the coronavirus social-distancing rules and risking a resurgence of the scourge that has killed nearly 100,000 Americans.

On the Sunday talk shows, Dr. Deborah Birx, coordinator of the White House coronavirus task force, said she was “very concerned” about scenes of people crowding together over the weekend.

“We really want to be clear all the time that social distancing is absolutely critical. And if you can’t social distance and you’re outside, you must wear a mask,” she said on ABC's “This Week.”

In the Tampa area along Florida's Gulf Coast, the crowds were so big that authorities took the extraordinary step of closing parking lots because they were full.

In Missouri, people packed bars and restaurants at the Lake of the Ozarks, a vacation spot popular with Chicagoans, over the weekend. One video showed a crammed pool where vacationers lounged close together without masks, St. Louis station KMOV-TV reported.

8 p.m.: A senior White House economic adviser on Sunday again forecasted the US could see steep unemployment rates in May and June amid the coronavirus crisis, with the possibility of double-digit jobless numbers in November.

Kevin Hassett, a senior economic adviser to President Donald Trump, said in an interview with CNN's Dana Bash on "State of the Union" that the unemployment rate -- which has already reached Great Depression-level figures -- for May could be "north of 20%" if "some technical things that kind of messed up" with the claims reporting are fixed.

7 p.m.: For the first time since the stay-at-home order began, many churches gathered to worship in-person this morning.

As churches filled with returning members greeting each other after months apart, church leaders began implementing changes to help keep their congregations safe.

Safely guidelines made church feel a little different this morning. Some churches made masks available, or created gaps in the pews to encourage social distancing.

Churches congregate once again: Here's how they are keeping members safe

6:30 p.m.: The White House has announced a ban on travel to the U.S. from Brazil due to the spread of coronavirus in Latin America’s hardest-hit country.

Press secretary Kayleigh McEnany says in a statement Sunday evening that the ban applies to foreign nationals who have been in Brazil in the 14 days before they sought to travel to the United States. McEnany cast it as a move by President Donald Trump “to protect our country.”

6 p.m.: Comments made on social media ahead of tomorrow's ReOpen NC march raised concerns of safety​ and violence.

Adam Smith, the husband of ReOpen NC's co-founder, said reopening NC to protect businesses and constitutional rights are issues some should be willing to kill over.

Social media has been buzzing about his statement; however, he said his words were taken out of context.

"It wasn’t like I was saying ‘let’s go out and start taking up arms now.' We have to have a mindset or willingness to if the cause arises or if we get to that point. Nowhere do I say we’re at that point now, by any means," he said.

His wife Ashley Smith, co-founder of ReOpen NC, said all protests have been peaceful and nonviolent.

5 p.m.: The concern of COVID-19 didn't stop people from swarming beaches and lakes this Memorial Day weekend. Lake Gaston and Carolina Beach had hundreds of visitors, but it was unclear whether or not safe social distancing was being practiced.

4 p.m.: For the first time in 20 years, The American Automobile Association is not issuing a Memorial Day travel forecast because of the extreme uncertainty. But the organization says travel volume is likely to set a record low. But, drivers likely will find good news at the gas pump. Gas Buddy, an app that helps people find the lowest gas prices, estimates Memorial Day weekend prices to be the lowest since 2003.

12:15 p.m.: The Duke-NUS Medical school in Singapore has developed a new kind of COVID-19 test. Within an hour, it can determine whether or not someone has the antibodies. Then, it can neutralize the antibodies . Researchers are working with the public and private partners to make the blood tests available to health facilities, according to a press release from the school. This test could also aid the development of a COVID-19 vaccine in the future.

10 a.m.: Some churches have decided to gather in the Triangle today. Under Phase 2 of Gov. Cooper's plan to reopen the state, churches are not recommended to gather, but there are no state-imposed regulations. one of those churches is Neill Creek Baptist Church in Angier.

A video on their Facebook shows their pastor with a sanitation station set up at the front of the sanctuary, with church bulletins.

Recent guidelines from the Centers from Disease Control and Prevention recommends limiting the use of "shared items" at a worship service that can be passed from person to person.

But not all churches are ready to open doors to worshipers. Pastor Andrew Taylor-Troutman of Chapel in the Pine Presbyterian Church in Chapel Hill said he sees it as a moral obligation to not open his doors.

"It is my hope that the word 'church' may evolve and come to mean not only a building, but also a people bound by loving, sacrificial relationships," Taylor-Toutman said. "Rather than a rush to go back to church, people of goodwill would be the church by their loving actions. The right way is our responsibility to one another."

Durham pastor from St. Joespeh AME Church Jonathan C. Augustine believes that worship, in its nature, is more likely to spread the coronavirus than something like shopping because it includes singing, "verbal affirmations of God's providence" and preaching.

As a representative of the black community and spiritual leader of the Alphi Phi Alpha Fraternity, he wrote in a letter:

"These racial and socioeconomic divisions have created false narratives that embolden certain conservative and majority white, evangelical faith groups to publicly support positions adversely affecting minority communities. Accordingly, considering the empirical data revealed during the ongoing COVID-19 pandemic, and the disproportionately adverse effect the pandemic has had on the African American community."

8 a.m.: Salons were closed under Phase 1 of Gov. Cooper's plan to reopen the state, but reopened Friday at 5 p.m. This morning, wait times to get your hair cut, colored or fixed were as long as 3 hours.

7:30 a.m.: Muslims have had to observe Ramadan differently this year, with social distancing measures in place. Today marks the end of the holy month, and Muslims observe Eid-al-Fitr through prayer. Typically, the Islamic Association of Raleigh hosts more than 8,000 Muslims for the Eid prayers. Instead, the association is hosting a drive-thru prayer at the NC State Fairgrounds so that practicing Muslims can pray through their cars, safely. There are also masjids, or mosques, in the Triangle offering outdoor and socially distant prayers today.

"The scholars’ ruling on Eid prayers vary, deeming it a communal obligation, an individual obligation, or at least a highly stressed Sunnah under normal circumstances," a press release from the Islamic Association said. Sunnah is the traditional practices of the Holy Prophet, according to their website.

"In the present emergency, an overwhelming body of recognized national and international scholarly councils have indicated that there is no religious obligation to attend due to the prevailing circumstances," the statement said.

6 a.m.: The Centers for Disease Control and Prevention released guidelines on how to gather in places of worship safely after President Trump announced in a press conference Friday night that governors are not permitted to prevent houses of worship from gathering. He said he would "override" governors who did not follow his guidelines, even though he does not have the authority to do so. The recommendations from the president in a press conference are voluntary to follow.

The CDC guidance for houses of worship:

Churches leave virtual services behind, prepare to meet in person once again

White House Press Secretary Kayleigh McEnany said the decision to reopen based on the new federal guidance is "up to the governors." McEnany would not explain what authority Trump would use to "override" governors' decisions to keep places of worship closed.

It's Memorial Day weekend and it's the first full day of North Carolina's Phase 2 reopening. Phase 2 is the second stage of the state's three-part plan to resume businesses and social activities during the pandemic.

While the food may taste the same, the dining experience is different for customers. At restaurants, adjustments have to be made. Some restaurants can only offer takeout or delivery service. The state Department of Health and Human Services has already issued guidance to restaurants, including the following: