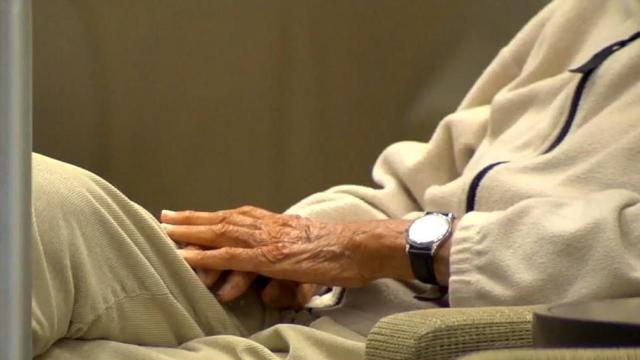 In September of 2020, an 80-year-old resident of an adult care home in Wilmington was beaten in his bed by his suite mate.

His nose was broken. Other bones, too. He’d been assaulted in his sleep, and he lived the last six days of his life in “excruciating pain and suffering,” according to the lawsuit his family filed against the home, Spring Arbor of Wilmington.

Garland Garrett’s suite mate had a history of violent outbursts at the home, laid out in the lawsuit that includes nearly five pages of dated bullet points. Police ruled the killing a homicide, though the elderly assailant was never charged, due to his diminished mental capacity.

It was all inevitable, the lawsuit alleges, and Spring Arbor failed to care both for Garrett, a former North Carolina secretary of transportation, and his killer.

Spring Arbor and its parent company, HHHunt Property Management, declined comment on the case, through their attorney. They have denied wrongdoing in the suit, and that case is pending in New Hanover County Superior Court. 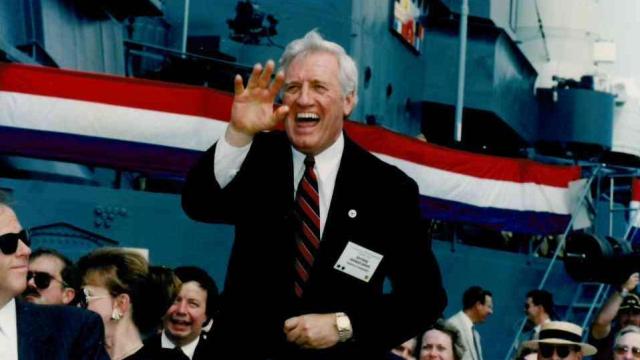 One of the many defenses Spring Arbor advanced was based on an immunity clause that a unanimous General Assembly and Gov. Roy Cooper passed into law early in the COVID-19 pandemic.

That clause was part of a much broader bill, and it was pitched as a way to avoid frivolous lawsuits against health care providers doing their best to navigate a global crisis and a poorly understood disease. But increasingly, nursing homes and assisted living facilities have argued in wrongful death suits that the law offers broad immunity beyond what lawmakers say they intended.

Lawyers estimate that the immunity argument has been made in every nursing home or assisted living wrongful death case filed since the pandemic began. Lawyers for these facilities “would be a fool not to,” said Martin Ramey, who represents the Garrett family in Wilmington.

At least one judge has accepted the argument, dismissing a lawsuit now on appeal to the North Carolina Court of Appeals in a process that may ultimately rein in the law’s reach.

There’s also a push to repeal the law, though it doesn’t seem to have momentum at the General Assembly. Senate President Pro Tem Phil Berger, one of the most influential state legislators in North Carolina, said last week that he hadn’t heard about the issue until WRAL News asked.

The law received quite a bit of media coverage, though, and there’s an online petition seeking change to it. Berger, and other key lawmakers, including Speaker of the House Tim Moore, told WRAL News that they’re willing to consider changes, but nothing is on the horizon.

Jordan Monaghan, a spokesman for the governor, said Cooper supports “legislators revisiting this provision,” and that the administration “continues to work to identify changes necessary to allow the state to continue to respond to the pandemic.”

Cooper’s office gave no timetable, though, for altering the state of emergency, which Republican lawmakers were pushing him to rescind last week as its 2-year anniversary passed. The Administration sent lawmakers a four-page letter Thursday—the same day lawmakers essentially adjourned their legislative session - laying out legislative actions that could take the place of still-needed tools in the emergency declaration.

The immunity clause, Monaghan said, “is not a shield for wrongdoing, and bad actors can and should be held accountable for their actions and resulting harm.”

Other state lawmakers had the same take, noting that the law says providers must act in good faith, and that immunity doesn’t apply in cases of gross negligence or reckless misconduct.

“We didn’t know what was going to happen with COVID [when we passed the bill],” Moore said. “It’s really designed to deal with things directly related to COVID, not just a general immunity.”

Others see broader application, and the law says it applies to health care providers affected “directly or indirectly” by the pandemic. Regardless of intent, Charlotte lawyer Elizabeth Todd said, nursing homes and assisted living facilities are using the clause as a crutch.

Todd’s clients have sued two facilities in wrongful death cases over the past two years, and in both cases those facilities cited the immunity clause. Todd said the law also has a chilling effect on other potential suits and that it lowers accountability, which in turns lowers quality of care.

“All this law has done is protect the industry,” Todd said.

The North Carolina Health Care Facilities Association, which lobbies for nursing homes in the state, says the immunity clause is still needed.

“The reasons for the immunity statute make as much sense today as they did when the law was originally passed by the N.C. General Assembly in 2020,” Adam Sholar, the association’s president and CEO, said in an emailed statement. “North Carolina nursing homes continue to operate in an incredibly challenging environment.”

Eighty-nine percent of North Carolina nursing homes had two or more COVID cases this week, and 42 percent report a shortage of nursing aides, Sholar said. In January and February, 10,000 staff members were infected with COVID, he said.

Assisted living facilities, which offer a lower level of care compared to nursing homes, have similar staffing concerns. The president of the North Carolina Assisted Living Association told WFAE-FM in December that those facilities were “in a staffing crisis.”

Chris Smith represents Treyburn Rehabilitation Center, one of the facilities Todd’s clients have sued. Treyburn won a dismissal from a lower court, and now the case is before the state Court of Appeals, which heard oral arguments in December. Smith said the “grace and space provided by the General Assembly to health care providers in the state is tremendously important to the delivery of health care during these abnormal times.”

“This law does not, and should not, protect bad actors,” Smith said. “That is not the intent of the legislation, and the law is clear on that.”

“There are other states that put these laws in place that were more specific to COVID,” said Lauren Zingraff, executive director of the patient advocacy group Friends of Residents in Long Term Care. “Right now [North Carolina’s] is very, very broad.”

Lauren Cox and Kristin Goforth, whose father died last year soon after he moved into an adult care home in Greensboro, said they were surprised how limiting the immunity law is. They believe their father died from neglect, and they plan to file suit. Todd is their attorney.

The sisters started an online petition to repeal North Carolina’s law, and it has about 1,200 signatures. They said they reached out to a number of North Carolina politicians on the issue, with limited success.

The General Assembly adjourned last week and may not return to lawmaking until May. Moore, the House speaker, said he was only vaguely aware of the immunity issue. Like other Republicans, he called on Cooper to rescind the state of emergency.

“Then those [liability] limitations end,” he said.

Even if that happens, Todd said she’d like to see the General Assembly retroactively rein in immunity, opening the door for more cases from the past two years.

Retroactive changes like that are rare, but the immunity clause itself was retroactive by nearly two months, passing in May 2020 but applying back to March, 10, 2020, when Cooper declared the state of emergency.

“And it just feels like this is a way for nursing homes to not have to be accountable,” she said.

Correction: This post has been edited to correct the spelling of Martin Ramey's name.