Calls build for fan-less NASCAR in Charlotte May 24 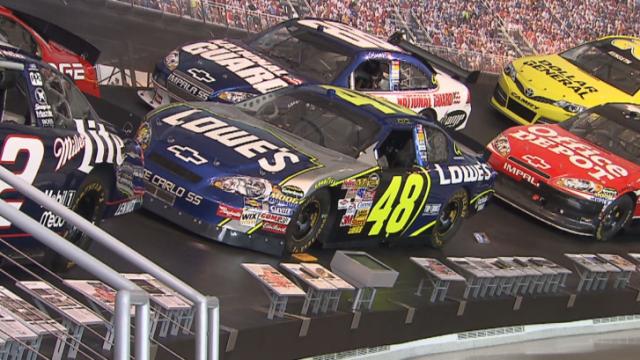 Raleigh, N.C. — Calls are mounting from elected officials hoping to see NASCAR return to North Carolina on Memorial Day weekend, with the Coca-Cola 600 run in front of an empty stadium in Charlotte because of coronavirus concerns.

House Speaker Tim Moore joined the call Monday, writing a letter to Gov. Roy Cooper about the prospect. State Treasurer Dale Folwell, who was recently hospitalized and recovered from COVID-19, the illness associated with the virus, made much the same ask.

Cooper's press office said Monday that he's "already been talking with track and team owners about how we could potentially restart racing."

"It’s too soon to predict specific decisions about future sporting events, but any plan would prioritize public health and safety and preventing spread of the virus," Cooper spokesman Ford Porter said in an emailed statement Monday.

The governor's statewide stay-at-home order expires April 29, but he's indicated some restrictions will stay in place beyond then through amended orders, though others may soften. Details have not been announced, and the administration has said it wants to beef up testing and contact tracing and see positive trends in case numbers, before moving forward.

Folwell said Monday that he has "no question that they can figure out what’s right, get it right, and keep it right for the upcoming All-Star Race and the Coca-Cola 600."

Moore, R-Cleveland, said that "North Carolina should use this opportunity to show our state will take commonsense safety measures that reopen our economy and renew a sense of normalcy for millions of citizens who are hurting."

The speaker sent Cooper a letter Monday that opened by thanking him "for your continued service to North Carolina through the unprecedented challenges of the COVID-19 pandemic." In the letter, Moore contemplates an economy that will "slowly reopen with appropriate safety measures in place."

Sawyer announced Monday that she plans to attend a ReOpenNC protest planned for Tuesday near the governor's mansion. An organizer said this weekend that the group seeks a complete reopening of the economy by May 1.