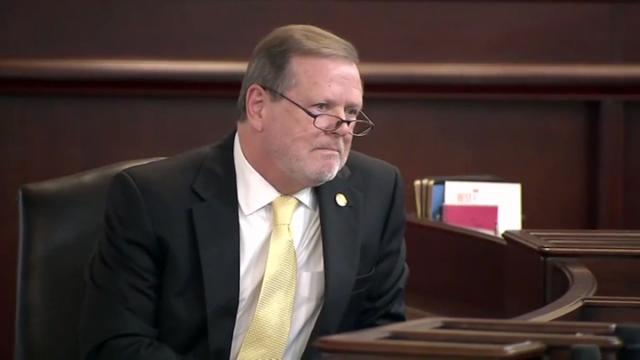 Raleigh, N.C. — The state Senate's top leader said he expects to kick off a more traditional legislative session when lawmakers return to Raleigh next week and that he hopes to hold off for now on spending more federal coronavirus money.

The General Assembly wrapped up work on a $1.6 billion pandemic relief package less than two weeks ago, but they simply hit pause on their legislative session. They will return now to more traditional even-year issues – reworking the annual state budget and passing new laws – though the session will continue to be colored by COVID-19.

Senate President Pro Tem Phil Berger said Wednesday evening that he expects the General Assembly building will be open to the public again as lawmakers meet, though they're likely to restrict how many people can come inside.

Only legislators, staff and press were allowed inside during the one-week session earlier this month.

"We're hopefully going to get back to something that looks a lot more like normal," Berger, R-Rockingham, said during an interview over video-conference. "What we should be seeing is the beginning of a more traditional short session."

The state still has access to another $2 billion in federal COVID-19 relief money, but Berger said he hopes to hold off on appropriating that until new guidance comes down from Washington, D.C., ideally allowing states to bolster their budgets with that money. The partial economic collapse that has put hundreds of thousands of people out of work over the last two months in North Carolina will take a chunk out of state tax revenues, and lawmakers are waiting on a consensus estimate from their staff and Gov. Roy Cooper's administration.

Initial estimates put the loss as high as $4 billion for the coming fiscal year, which begins July 1. Berger said that doesn't include the state highway budget, which might see another billion for the Department of Transportation than anticipated.

Berger said the leftover federal money "may very well be needed to make sure we can operate our schools, not have furloughs of teachers as happened in he last recession."

That doesn't mean there won't be another COVID relief bill at the state level. There certainly have been asks.

A House working group on health issues heard Thursday morning from the trade association for home health care companies, which asked for $3.75 million to buy personal protective equipment and deal with other issues.

The group also heard requests Thursday, without a price tag, from the North Carolina Assisted Living Association, which asked for funding for test kits and training, as well as funding for hazard pay to address turnover issues with workers worried about getting COVID-19.

Berger spoke with WRAL News for about 15 minutes Wednesday, and the interview also touched on Cooper's stay-at-home orders and phased reopening plan.

Berger, among others, has called on the governor in recent days to speed things up and let barbershops and salons reopen. He also questioned the administration's position on indoor church services.

"I have said from the beginning I thought the governor had made the right call initially, based on the information that was available," Berger said of the Cooper's response to the virus. "I think, as this has progressed, I've been more and more concerned that the pace that he is moving for reopening is slower than it needs to be."

Berger and House Speaker Tim Moore announced building protocols for the session Thursday morning in a joint statement, saying that when the session restarts Monday:

There was no mention in the announcement of masks, and though some in the Republican majority wore them when lawmakers gathered earlier this month, there was a clear partisan divide, with Democrats much more likely to wear them.

Cloth face coverings are recommended by the U.S. Centers for Disease Control and Prevention to stem the spread of the virus. The CDC says the masks are largely meant to protect others from contact with respiratory droplets that may contain the virus, including from people not showing symptoms.